Andrew Mack
Editor, News; Toronto, Canada (@Mack_SAnarchy)
Tweet Post Submit
The folks at Arrow Video continue to make a strong case for signing up for their ARROW streaming service. They consistently bring wonderful genre delights each month and June is proving to be no exception.
Next month subscribers to the service - in the US, UK and here in Canada - can look forward to classic flick featuring horror queens, like Chopping Mall with Barbara Crampton and Two Evil Eyes with Adrienne Barbeau. The end of the month concludes with the Euro-crime collection, Years of Lead, featuring five films from 70s Italy.
We've put everything into a handy gallery down below. Check it out and start marking the release dates on your calendar.

London, UK - Arrow Video is excited to announce the June 2021 lineup of their new subscription-based ARROW platform, available to subscribers in the US, Canada and the United Kingdom.
The June lineup leads with a selection of short films curated by the creative team behind The Stylist, one of ARROW's most popular titles. The collection highlights the work of women in horror, in front of and behind the camera. These eight films include Tristan Risk's Reptile House, her take on The Texas Chainsaw Massacre, Alchemia, Ticks and Connor Sandheinrich's deeply unsettling Unsafe Spaces.
The exciting new shorts are joined by the ARROW premiere of a number of classic titles for horror fans: Chopping Mall, Witchboard, Herzog's Nosferatu the Vampyre, Twins of Evil, The Quiet Earth and the Daimajin trilogy. 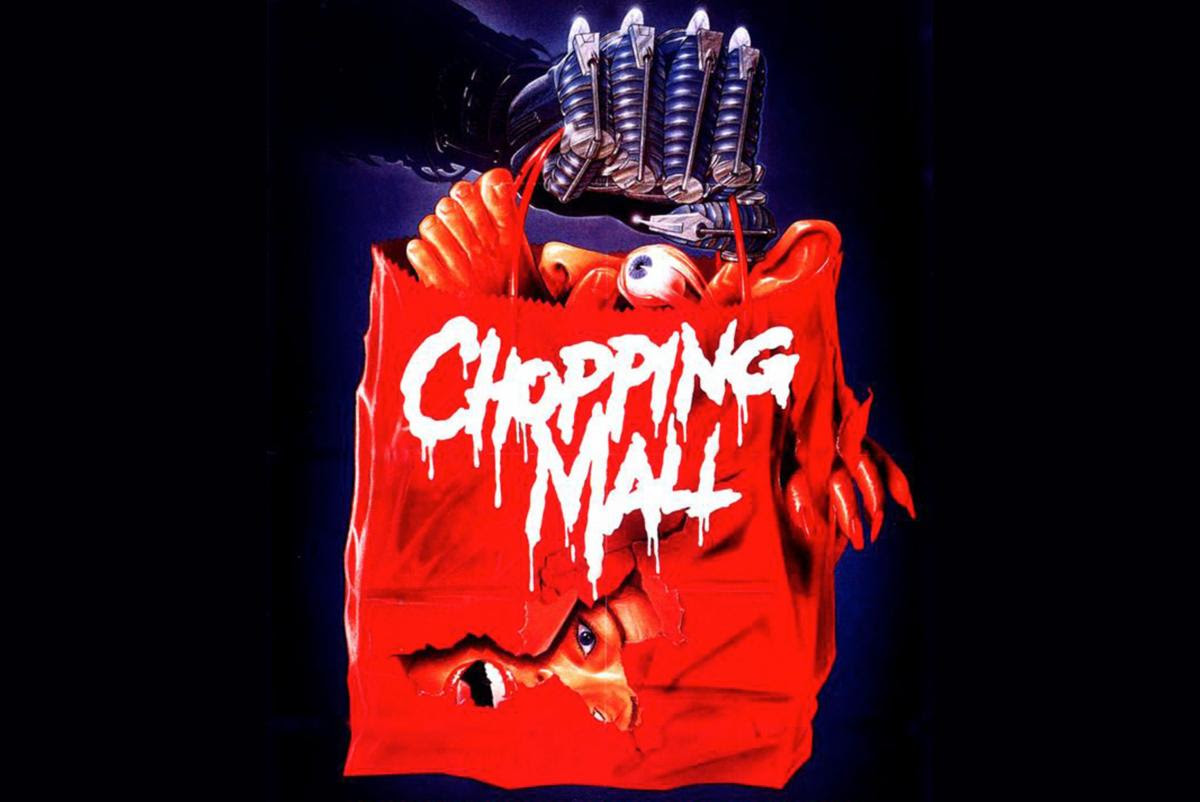 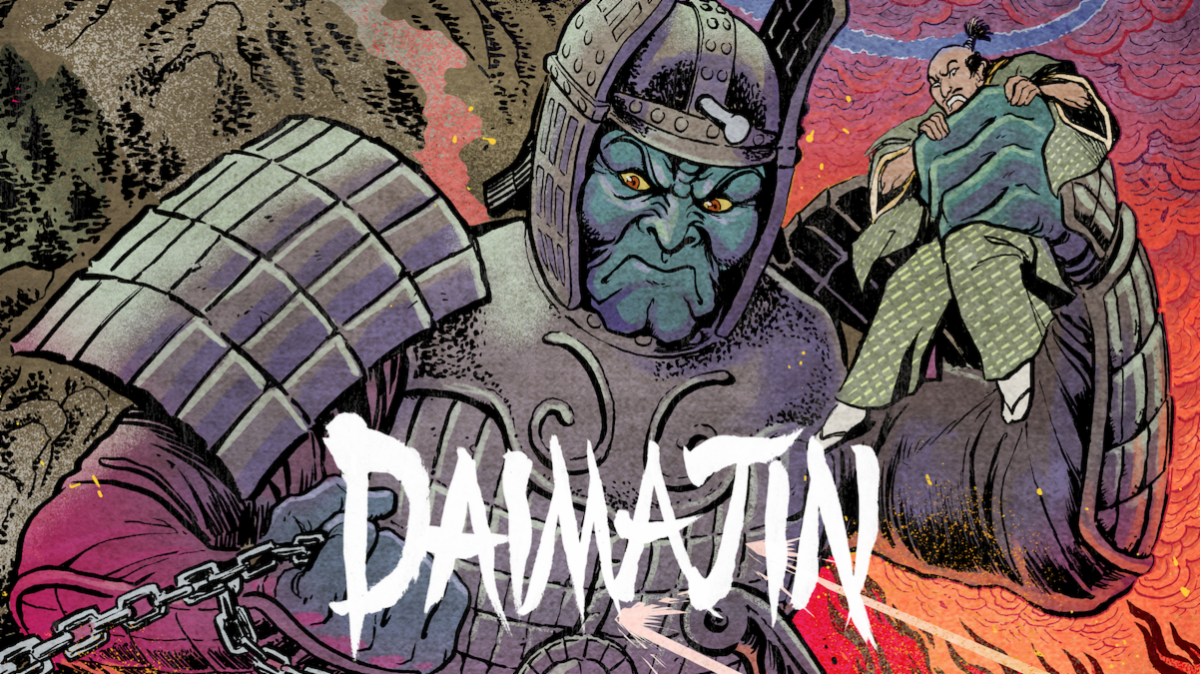 June 1's Seasonal Arrivals are the Daimajin Trilogy (US/CA/UK): Daimajin, Return of Daimajin, and Wrath of Daimajin. The three thrilling tales follow the titular god through feudal Japan as the stone warrior dishes out divine retribution. 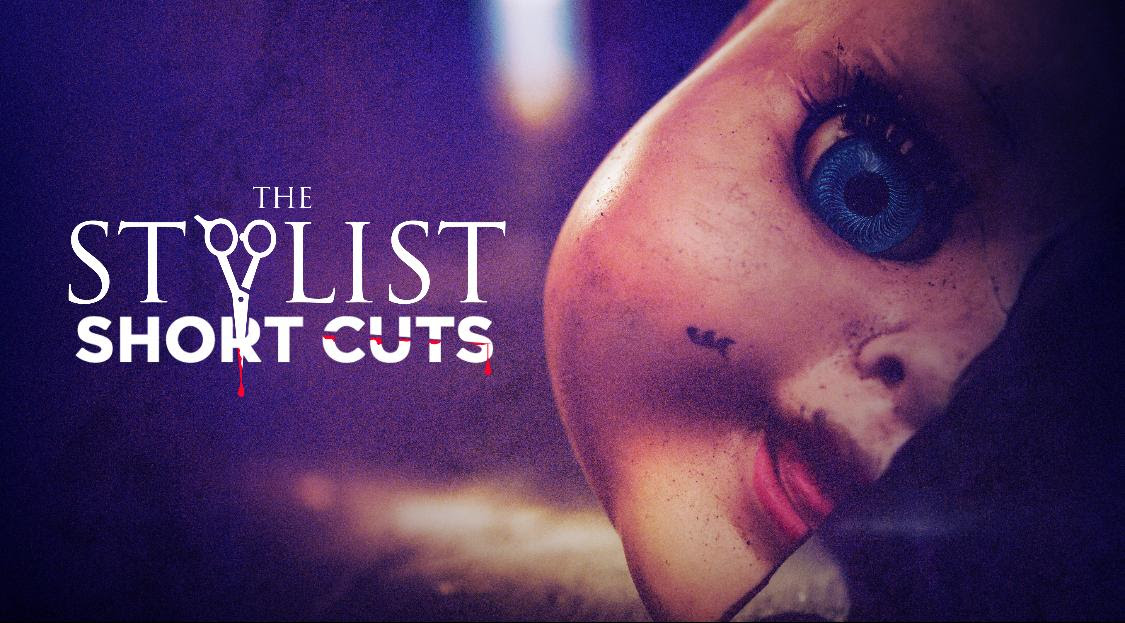 June 7 sees the launch of eight shorts, curated by the team behind The Stylist, a selection which celebrates and supports female filmmakers working on both sides of the camera within the Horror film industry. These include: Alchemia, Reptile House, Attention, Unsafe Spaces, Bedbug, Ticks, Bloodhound, and The Curse.

June 7 is capped off with Deathdream (US/CA) which tracks a young Vietnam vet who shows up on his family's doorstep, long after they thought he was dead. 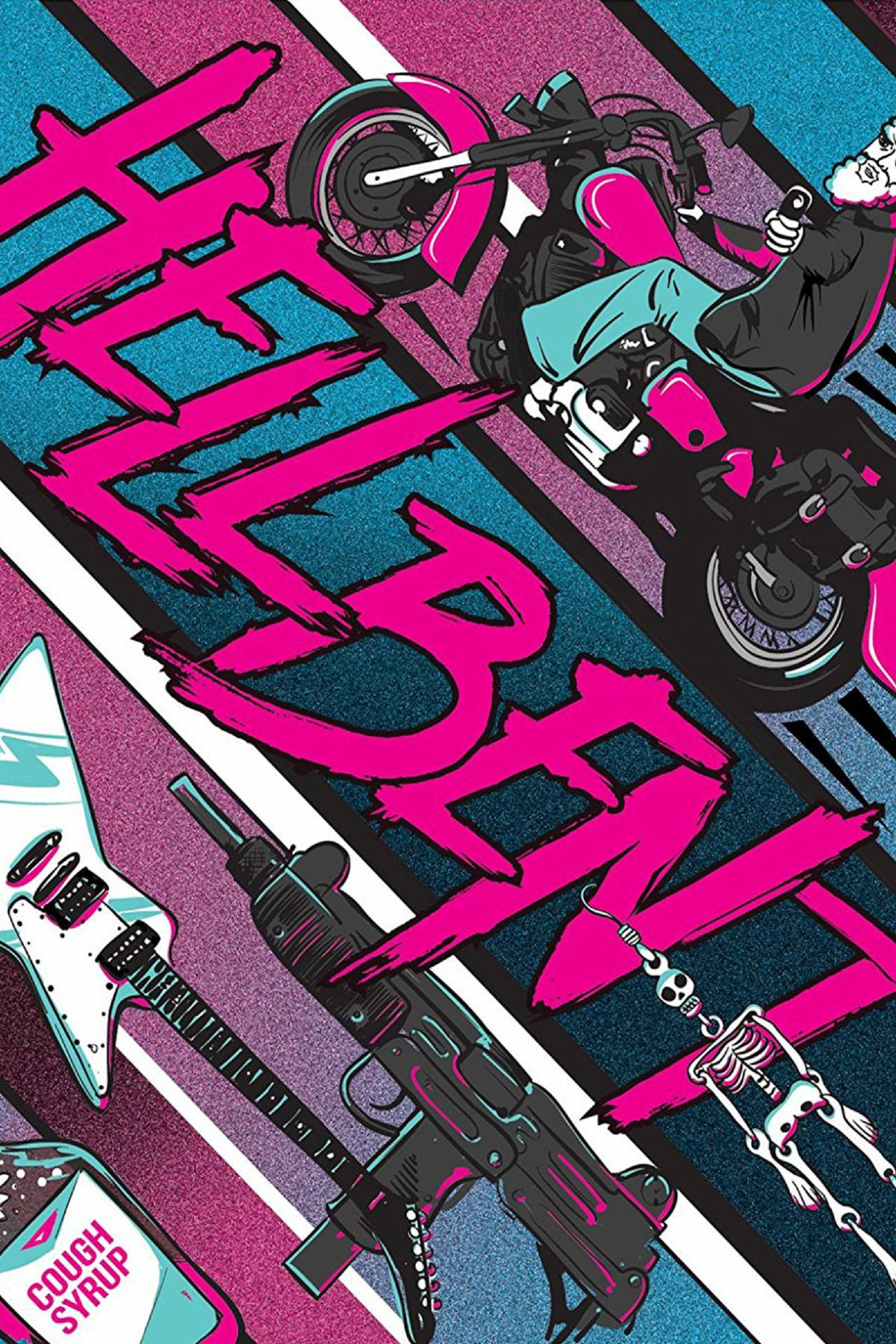 June 7 will also launch three features on ARROW (all US/CA/UK). In Hellbent, a bandleader whose career is nose diving makes a deal with the owner of a bar to sell his soul for success. In the Duke Mitchell Double Bill, famed crooner Duke Mitchell headlines in Massacre, Mafia Style which follows an exiled mafia scion (Mitchell) who wants to get back into the family business, whatever it takes and Gone With the Pope, with Mitchell as a paroled gangster with an unholy scheme: to kidnap the Pope and charge a dollar from every Catholic in the world as the ransom. 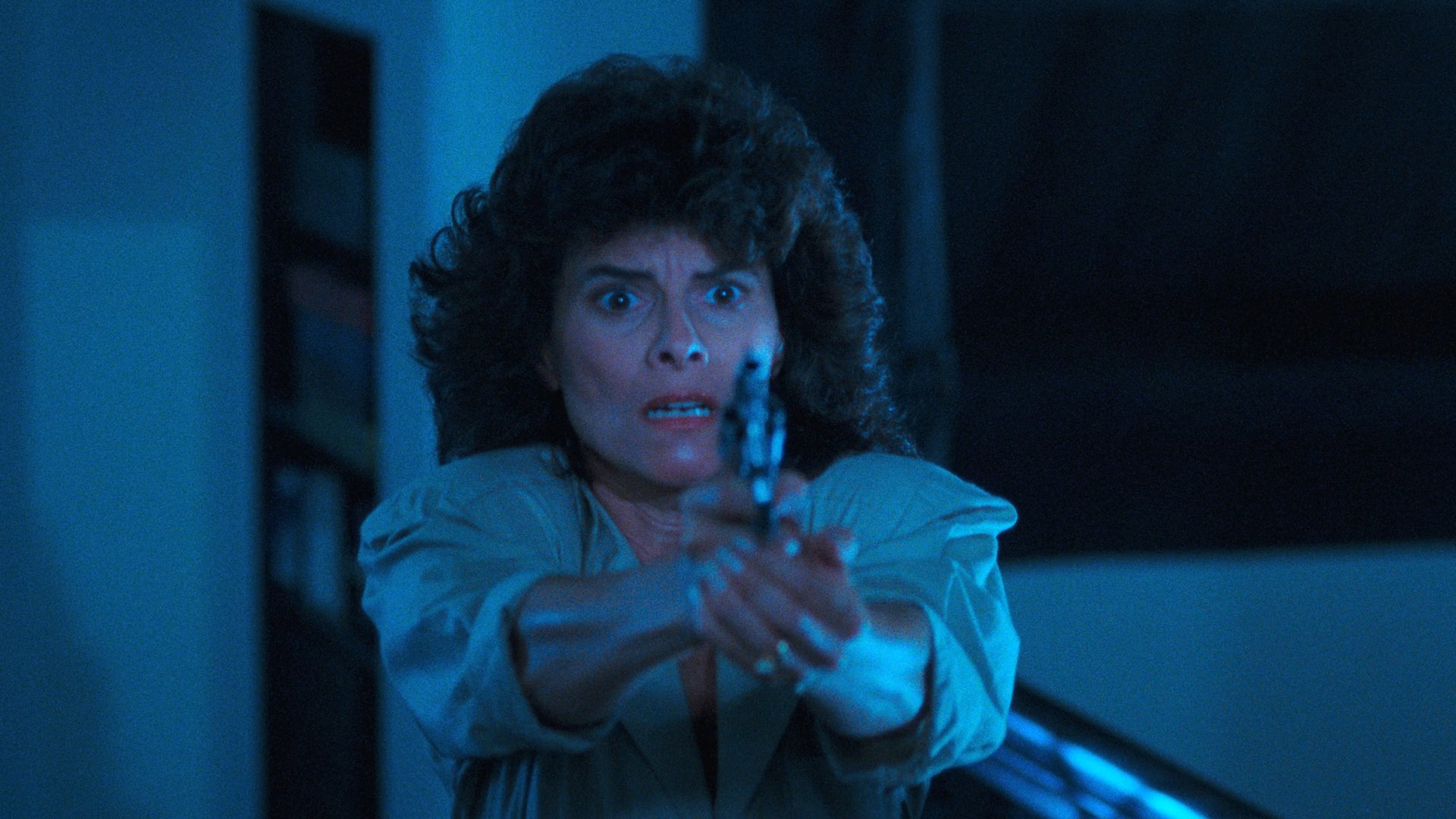 The Stendhal Syndrome tells the story of a young police officer, who suffers from a rare hallucinatory disorder which causes her to blackout when looking at works of art. She finds herself in the custody of the sadistic murderer she's been sent to apprehend after he uses her affliction to ensnare her. All June 14 titles are US/CA. 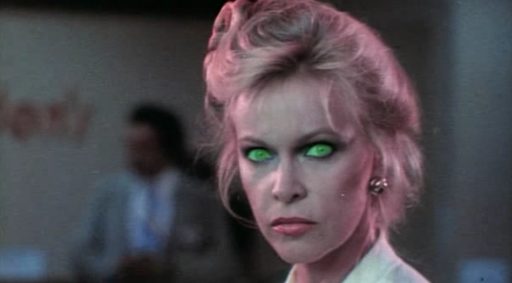 Enter Mausoleum June 18 (US/CA/UK). A 10 year-old girl, mourning the death of her mother, becomes possessed by a demon, who has been preying on her female ancestors for centuries. Years later, the demon starts to take over her in every way.

June wraps up with the Years of Lead collection on June 21, all titles US/CA/UK. The season gathers five brutal crime thrillers produced amidst the political upheaval of 1970s Italy. In Vittorio Salerno’s Savage Three (1975) and Mario Imperoli’s Like Rabid Dogs (1976), random acts of violence committed by vicious young sociopaths threaten the fragile fabric of respectable society. In Massimo Dallamano’s Colt 38 Special Squad (1976) and Stelvio Massi’s Highway Racer (1977), renegade cops battling against red tape and political corruption turn to new and morally dubious methods to dispense justice. Finally, class dynamics are explored in Salerno’s No, the Case is Happily Resolved (1973) as an innocent man finds himself under suspicion for a savage crime committed by a highly respected member of society. Featuring an impressive line-up of Euro-cult stars, this collection of stylish, hard-hitting Euro-crime thrillers showcases the range and breadth of the genre and is a must-have for newcomers and grizzled veterans alike.