Lewis Tan, Jessica McNamee and Josh Lawson star in an action-adventure for adults, directed by Simon McQuoid, now in theaters worldwide and streaming on HBO Max. 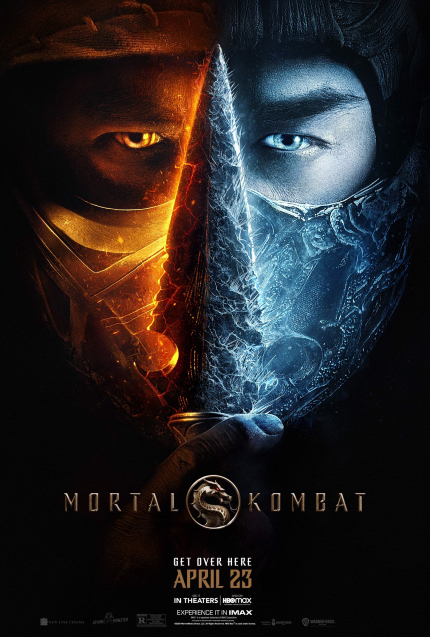 Not even a decade in development hell or 24 years between entries can stop a long-dormant, semi-forgotten franchise like Mortal Kombat, a brief, two-film series based on the long-ago popular video arcade game, from returning from the metaphorical dead.

It might take a combination of patience, stubbornness, and the deep pockets of a major studio like Warner Bros. to bring Mortal Kombat back to stumbling, bumbling, fumbling life, but back to virtual life the series has returned. It’s much slicker, qualitatively better made than its decades-old predecessors, with significantly better production values, a deeper, more talented cast who manage to deliver irony- and wink-free performances, but when all is said and done — when even the much talked about inter-dimensional contest of champions doesn’t actually happen — the Mortal Kombat reboot remains a middling, ultimately disposable action/fantasy film based on a 20th-century arcade game.

Mortal Kombat opens with an overlong, overindulgent prologue set in 17th Century Japan, setting up the stage for a centuries-long conflict between Bi-Han (Joe Taslim), the once and future Sub-Zero, and Hanzo Hasashi (Hiroyuki Sanada), the once, but probably not future Scorpion. Like Marvel’s Ice Man, Sub-Zero can turn water into ice, freezing his immediate surroundings, and usually dispatching his overmatched foes easily, including Hanzo, a champion of one kind or another whose descendants are one day prophesied to defeat not just Sub-Zero, but Outworld, an empty, desolate, hell-like dimension, and its ultra-villainous, one-dimensional ruler, Shang Tsung (Chin Han), in the “Mortal Kombat” of the title, an inter-dimensional tournament pitting each realm’s champions against one another for inter-dimensional supremacy.

Win ten in a row, and win both realms. Lose nine in a row, but win the last, and a stalemate leaves the status quo intact, restarting the process ad infinitum and presumably, ad nauseum until the end of time and/or the end of the Mortal Kombat franchise.

It’s not much of a life, but apparently, it’s one Allison tolerates and Emily unquestioningly supports, at least until Cole finally wakes up from a prolonged bout of self-delusion and finds another line of work commensurate with his talents (whatever those might be). Of course, that just makes Cole the reluctant, Luke Skywalker-like Chosen One, the obligatory hero on a world-saving journey who has to be literally attacked by a surprisingly ineffectual Sub-Zero and rescued by the ill-fated Jaxx Briggs (Mehcad Brooks, almost unrecognizable behind a mustache) before starting on said obligatory journey.

For at least the next half hour, Mortal Kombat frustratingly remains in neutral, spinning its wheels as it introduces the remaining champions without a sense of urgency, including Kano (Josh Lawson), a criminal psychopath and inadvertent inheritor of the dragon tattoo each champion gets, marking him or her as unique and chosen, the aforementioned Jaxx, Sonya Blade (Jessica McNamee), Jaxx’s comrade-in-arms (war veteran) who’s a champion except in name only (no tattoo), Liu Kang (Ludi Lin), an old-school martial artist of the Shaolin kind prone to mixing cliched aphorisms with exposition dumps, and Kung Lao (Max Huang), Kang’s cousin and expert hat-thrower. Each champion has or develops a special skill used to fight like-powered enemies and finish off their opponents, often with brutal, gory results (the game’s “fatalities” get a literal shout-out at one point). That just leaves Lord Raiden (Tadanobu Asano), team leader, and Professor X stand-in, to eventually join the fray and coach-mentor Cole on his many shortcomings as a fighter and potential champion.

Mortal Kombat picks up considerable momentum once it gets past the meet-and-greet and training sections of the film, though the fights between the Raiden and Tsung’s squads often come up short, the result presumably of a slimmed-down, over-tight budget. Even when the fights end with classic or classic-analogous finishing moves, they feel rushed (because they are).

As brutal and gory as they are, they’re also undercut by obvious CGI, including wince-inducing bucketfuls of unconvincing digital blood. Practical effects certainly would have helped, but ultimately, the deliberate limitations in size, scale, and scope prove to be one too many obstacles for the Mortal Kombat reboot to overcome.

Only commercial success and with it a production budget suitable to an action/fantasy epic can give franchise and game fans the adaptation they’ve always wanted but have yet to receive.

Mortal Kombat opens in theaters worldwide on Friday, April 23, and will also be streaming on HBO Max. 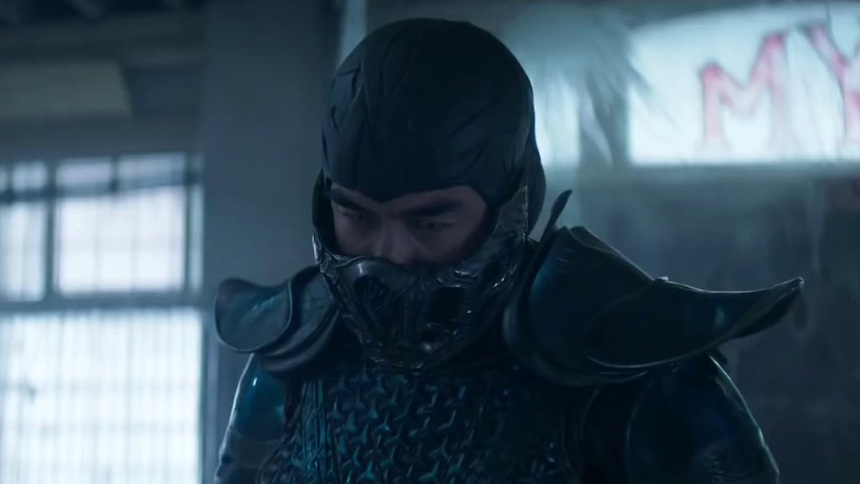