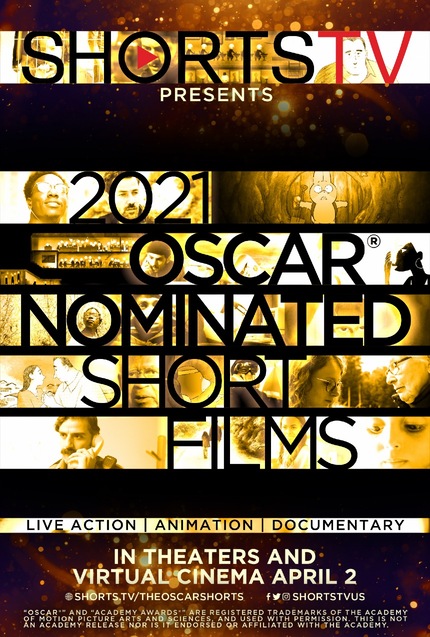 The Chinese government does not like Do Not Split Or Chloe Zhao (director of Nomadland), for that matter. Likely because of their nominations, the Academy Awards show will not be broadcast in Hong Kong for the first time in more than 50 years, according to Deadline, which is a shame, since Hong Kong's own Better Days, which is all about school bullying, has been nominated as Best International Feature. (Review upcoming.)

Currently screening as part of Shorts.TV's Oscar-Nominated Short Films program (separate from the animated and live-action program), the 35-minute film is also available to watch on YouTube, though it's age-restricted and may not be available in all countries.

*UPDATE (4/5): The film is also available to watch on Vimeo and on Field of Vision, both free of charge.

It is, frankly, an incendiary piece. Directed by Anders Hammer and Charlotte Cook, it picks up at night early in the protests, and it is riveting to watch events unfold as the protests spread, expand, and contract: this is the definition of required viewing.

Also necessary, though much more difficult to watch, is Hunger Ward, directed by Skye Fitzgerald and Michael Scheurman. Running 40 minutes, the film provides eyewitness testimony on Yemen, whose citizens are being starved out by Saudi Arabia, which has blocked supplies in pursuit of its own goals in a battle that has devastated the country. What makes it difficult to watch is the children who are the victims.

I suppose it could be argued that there is little difference here from all the fundraising ads for hunger relief in past years, but the fact that such precedents exist and continue onward is unpleasant testimony to the reality of the film.

Directed by Anthony Giacchino and Alice Doyard, Colette follows along as a Holocaust survivor decides to revisit a concentration camp. She still suffers painful memories, of course.

Memories are also stirred up in two other nominated films, which both explore scars from racism in America. A Concerto Is A Conversation, directed by Ben Proudfoot and Kris Bowers, and A Love Song for Latasha, directed by Sophia Nahli Allison and Janice Duncan, showcases a longtime survivor and a young victim, respectively, and places their lives into the context of much larger issues that remain disturbing.

So, on balance, not the easiest program to watch casually, but, nonetheless, rewarding.

Content advisory: Definitely not for children, though I would imagine that older children/teens might be keen to check out the topical issues.