I'll never stop encouraging audiences to seek out short films, either at a dedicated short film festival, or shorts at a general festival. Not only can you see films by the best up-and-coming filmmakers (and have the pleasure to tell your friends you were aware of them before they were 'discovered'), short films can and do provide some of the best narratives, tales that need to be told succiently, in a way that keeps them strong, and cut quick to their emotional core.

For Rosa and The Name of the Son are two such shorts. Both look at the body of its characters, how the body is loved, used, abused, working for and against its person. They are stories of moments of love, pain, and terror, with characters who must confronts the limitations set by their bodies and how the body constructs their identity.

Directed and written by Kathryn Boyd-Batstone, and based on real events in 1970s Los Angeles, For Rosa tells the story of a woman whose bodied is altered without her consent. While in painful labor, Eva (Melinna Bobadilla), an immigrant, is forced to sign a document that she is told she must in order to consent to a caesarian section and save her child's life. But she is not told that she will be sterilized at the same time. After years of Eva and her husband desperately trying for a second child, a lawyer with a class action suit tells Eva what happened. Rosa feels guilt and shame; her husband blames her for not speaking out.

Boyd-Batstone makes sure we get to know Eva, her family, her friends, and her world. She is a strong and kind woman, who has so much love that she wants another child to share it with. That she was the victim of racism is clear; she also comes from a community that perhaps values a woman a bit too much by her fertility, contributing to Eva's shame. What is she if not a mother? Can she not be satisfied with one child? What does she do with all this love and want that now has nowhere to go? Bobadilla shows all of Eva's conflicting emotions, mesmerising as it is heartbreaking to watch, as she must decide if she has the will to fight the terrible injustice. 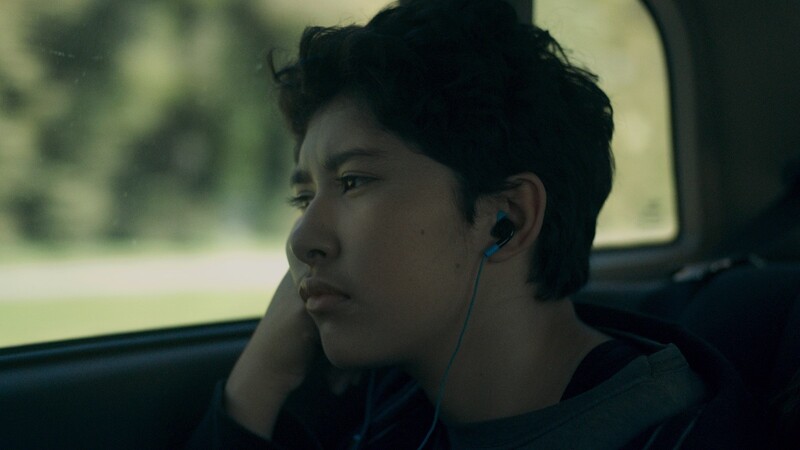 Argentinian short The Name of the Son takes another intimate yet different look at bodily betrayal. Lucho (Tristán Miranda) is a teenage trans boy. Like most teenagers, he's a bit sullen, addicted to his smart phone, and doesn't pay too much attention to his father or sister, even when they take a nice vacation to the beach. His sister just wants to play. His father is accepting of Lucho's identity, though he still slips up from time to time (calling out 'Girls' from the next room to get his children's attention). He wants to be a good day, but he also wants Lucho to be part of the family, to be a dutiful child.

Director and writer Martina Matzkin crafts an understated tale; we read between the lines, the looks and gestures, or lack thereof, between Lucho and his father. Lucho is not just navigating teenagehood, but being in a trans which still will hate him for it, and a family's love might not overcome that. And then, when Lucho's body reminds him of parts that aren't the ones he wants or needs, and he feels anger and shame. He doesn't know how to talk to anyone about it, let alone his father. Support doesn't always mean comfort, and Matzkin treats this very sensitive matter with delicacy, without shying away from the emotional trauma.