Sundance 2021 Review: HOW IT ENDS, Not With a Bang, But With a Walkabout 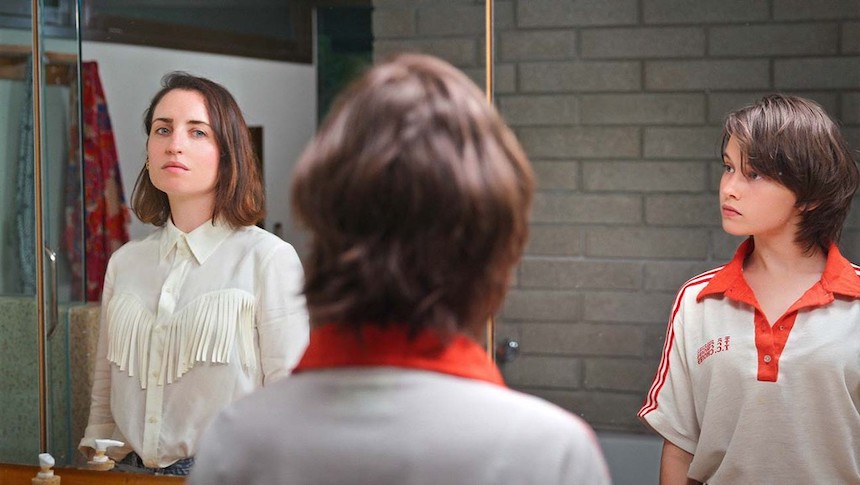 The end of the world never looked more unbearably sunny or cheerily welcome than it does in writer-director duo (and real-world couple) Zoe Lister-Jones and Daryl Wein’s How It Ends, a light, breezy neighborhood walkabout through one woman’s last day and night on Earth.

A bit too lightweight and twee for some and not lightweight or twee enough for others, How It Ends offers a surfeit of casual, surface-deep charms, from Zoe Lister-Jones’s engaging turn as Liza, a thirty-something LA woman facing the prospect of the apocalypse with uncommonly good cheer and the ever-present companionship of her once imaginary, now fully embodied, independently minded, younger self (Cailee Spaeny). Young Liza functions as a Greek chorus (minus the Greeks or the chorus, but with the never-ending commentary) to Liza’s modestly amusing, self-absorbed, ever-neurotic figurative and literal ramblings.

When we first meet Liza, she’s still in bed, in no rush to begin her last day in this mortal realm. With possibly one last end-of-the-world bash somewhere near the end of the day, Liza and Young Liza decide to make the rounds of family and friends to say her goodbyes, get a handful of last-minute hugs, and/or share whatever decision-related regrets she has and/or settle emotional debts for whoever may or may not have wronged Liza. Almost immediately, however, Liza’s plans go sideways when she discovers someone’s stolen her car, forcing her to go on walkabout so she can reach out and touch someone (and talk to them too) before time literally runs out and an asteroid wipes out Homo Inferior Armageddon or Deep Impact-style.

Being carless doesn’t stop Liza or Young Liza from making their appointed rounds on foot. It says something about How It Ends whimsical approach to the apocalypse that the only truly unbelievable element isn’t the how or when the world ends, but Liza’s ability to visit everyone important in her life without the use of a vehicle or bicycle.

But that’s exactly what Liza does, visiting her friends (Olivia Wilde and family -- Bradley Whitford and Helen Hunt as Liza’s dad and mom, respectively), encountering oddball strangers played by Nick Kroll as a weed-obsessed loner suddenly eager for company, Fred Armisen’s Manny, like Young Liza, a figment of his maker’s imagination made real, to Glenn Howerton’s creepy, stalker-like dude who keeps crossing Liza’s paths, and, of course, old lovers like Nate (Logan Marshall-Green), the proverbial "one who got away," and Lamorne Morris’s Larry, the one Liza should have left behind, but never quite did or could.

Besides the comedic charms of the two Lizas and all-star cast stopping by for a cameo, How It Ends deserves some credit — how much is up to each viewer — for being conceived and made during the still ongoing pandemic. Lister-Jones and Wein came up with the idea during the early days of the pandemic, shot it last summer (mostly outside, to cleverly integrate CDC Guidelines about social distancing into filming), edited it in the fall, and wrapped post-production soon thereafter.

Whether How It Ends is a one-off or a sign of things to come as the pandemic enters its second year is anyone’s guess. For now, at least, How It Ends delivers just enough engagement and escapism to make viewers temporarily forget what a global pandemic has taken away and refuses to give back.