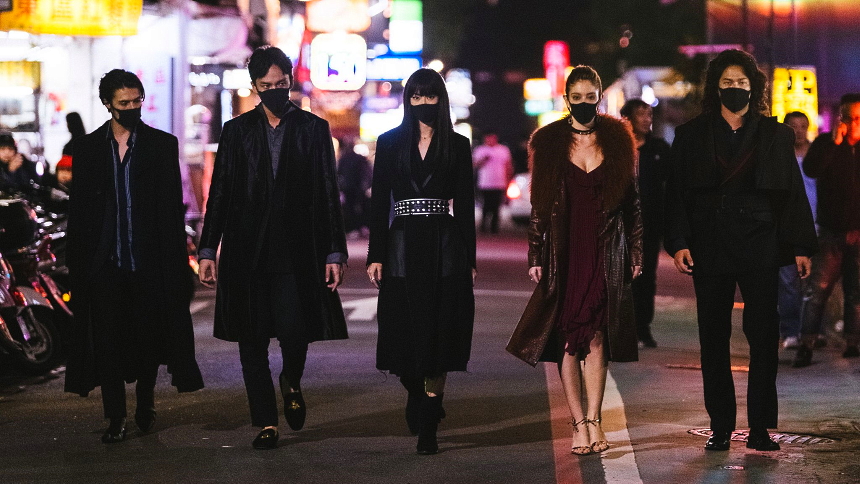 Dutch director David Verbeek is no stranger to the International Film Festival Rotterdam: his newest film Dead & Beautiful is his seventh feature to play there. For quite some years we've been hearing bits and pieces about "this vampire film" he was planning to make, and lo-and-behold, even though he made several other films first, David Verbeek still managed to get it finished on time for a world première at the festival's 50th edition. So, was it worth the wait? The answer is: definitely. Dead & Beautiful is an extremely stylish and polished thriller, and one of the best films I saw at the festival this year.

In the film, we follow five friends, all young and filthy rich. "Entitled" doesn't even begin to describe how rich they are: among them, they basically own the world, and are so bored that each meeting of them results in a decadent stunt or two. But one weekend, such an outing goes spectacularly wrong. What was supposed to be a cool trip to see a ritual at a remote temple in the Taiwanese mountains, ends with the discovery of a dead body in the night. Also, all five friends have turned into vampires, fangs and all. What happened? And how will they cope with their new-found un-life? 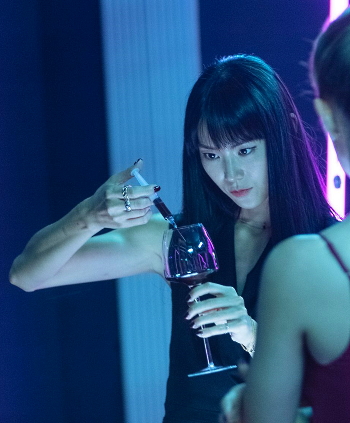 Verbeek has a background in photography and commercials, and it shows in the ultra-glamorous depiction of the opulent lifestyles of his protagonists. The gloss almost drips from the screen, and colours and shapes form meticulous compositions, especially during scenes showing some eerily vacant streets in Metropolitan Taiwan. This film is rich in visuals, to the point that it seems you could pause it at random and frame the resulting picture on the wall.

It all serves a purpose too. Shiny lives or not, the five all have some soul-searching to do, now that they have been turned into literal monsters. For some it is devastating, for others liberating. Have they gained immortality, or other superpowers? Are there, maybe for the first time, restrictions to what they can get away with? What possibilities are left for them?

None of these characters are particularly easy to sympathize with. Only stress seems to bring out their inner qualities, though often it highlights the utter lack thereof. But each of the billionaires gets his-or-her moment in the sun, and while characterizations are slight, that actually fits the narrative. All actors give decent performances, but Aviis Zhong has to do most of the weightlifting here and if this were a contest, she'd win.

Years ago I reviewed David Verbeek's How to Describe a Cloud and in my review I noted the director's cleverness. That quality is still here, in spades. Dead & Beautiful definitely comes recommended, especially if you like your films pretty.

Rotterdam audiences liked the film as well and awarded it a mean score of 3.9 out of 5. Me, I gave it full marks and the people I saw it with considered it to be the best of this year's festival.

More about Dead and Beautiful