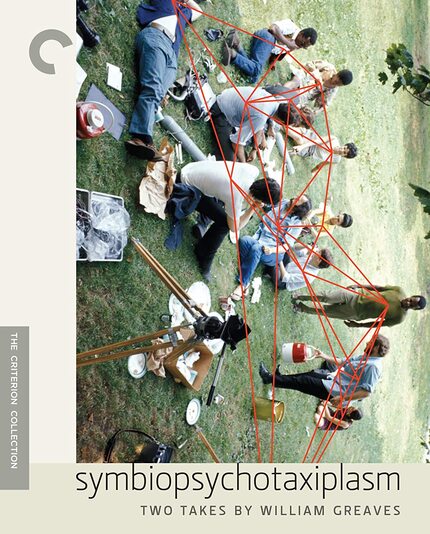 Hell hath no fury like a film crew ganked around. This was true in 1968, it was true in 2005, and it remains true today.

In this context, the two named years are significant for being when the late noted documentary filmmaker William Greaves lensed his two Symbiopsychotaxiplasm avant-garde wave-makers, the watershed Take One and its eventual continuation, Take 2 1/2. Though separated by thirty-seven years, the films generally synch up in experimental intent. Though this unusual work by Greaves is now firmly canonized, it can be argued that he very much has the vocal unrest of his bewildered production crew to thank for such a status. Their collective objection is the unlikely symbiosis that gives credence to the whole thing. Yes, there is a story to be told here…

Though successful within the film industry as a maker of films about the black experience, Greaves was creatively restless.  In-between other, more concrete gigs, he would quietly break off to go shoot portions of the first Symbiopsychotaxiplasm experiment. This was him indulging an itch unscratched in his documentary career; to create an intellectually challenging piece about philosophical ideas and behavioral observations. (All of which he methodically specifies in his published production notes, found in the Blu-ray’s published booklet). In that sense, the film succeeds, though in these post-post-postmodern times, the film-within-a-film-within-a-film-within-a-film concept is unable to pack the heady wallop it once did.

In the initial project itself, we witness Greaves and his meager, increasingly disenfranchised film crew and actors going through the motions of amateur filmmaking in Central Park. With a handful of different actors and changing locales, the same hammy dramatic scene of two lovers on the outs is performed again and again throughout the entire film. Greaves interjects, everyone grumbles around, eventually someone claps for sound synch, gives a verbal slate, and it happens again.

Midway through the film, we bear witness to a filmed secret gripe session with the crew in which they air their ample frustrations about this loose and unconventional experience. And who can blame them for being upset? Greaves has, initially unbeknownst to them, made them unwitting pawns in his grander vision. In a project in which tension and chaos are central, the discovery of the crew’s clandestine bitch session proved to be the director’s greatest gift. 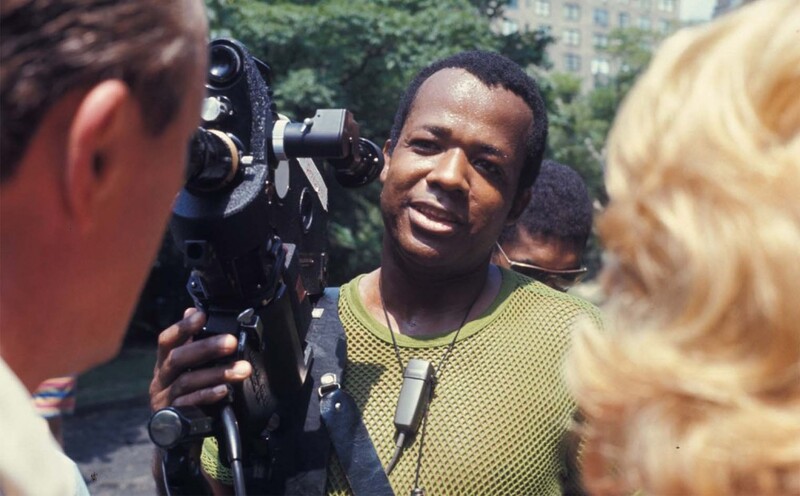 Notably, 1968’s Symbiopsychotaxiplasm: Take One was first dismissed as an underseen flop (even by Greaves).  Only much later, circa a 1992 film festival retrospective, was it recognized as originally intended: as a mind-blowing exercise about various layers of cinematic reality and the collaborative creative process by way of hierarchy. The film, off-the-cuff, often split-screened, and shockingly confessional of its director, continues to stand as a foremost example of filmmaking as both navel-gazing and essentially collaborative.

Greaves, with his affable charm, good looks, and green mesh shirt, emerges as the film’s main character and most compelling presence. However intentional this was we can’t quite know, though the depiction of an African American director doing something this outside of the box at that time was indeed radical in its own right.  In intentionally disenfranchising his cast and crew on film, he’s actually rendered himself as vulnerable, insofar as, were the project to fail and/or go nowhere (which for decades, was the case) he ran the risk of the cultivated Symbiopsychotaxiplasm experiment following him professionally. That is a fate he escaped, particularly amid the film’s later rediscovery- a re-emergence that resulted in a follow-up film (which was promised at the end of Take One).

The follow-up film, 2005’s Symbiopsychotaxiplasm: Take 2 1/2, is equally as makeshift as the original, though shot with a differing array of store-bought camcorders rather than on inexpensive 16mm film stock. Like its predecessor, it features an impressively racially divergent cast and crew, and again focuses upon Greaves conducting a modest shoot in Central Park. This time, however, with the noted cache of the first film and the subsequent direct involvement of big names Steven Soderbergh and Steve Buscemi (who also serves as a cameraman, of all things), Take 2 1/2 has no chance of pulling the same stunt a second time.

Thankfully, it knows this about itself, and makes a point of directly addressing this would-be conundrum as a means of diffusion.  But does mere acknowledgement of such a flaw (if it in fact is a flaw) automatically nullify it?  No, it does not. Hence, Take 2 1/2 is a frustrating mixed bag of mostly unrealized potential.  For roughly its first hour, as it presents an extended assembly of heretofore unseen 1968 footage (much of which is more compelling than what landed in Take One), followed by a quick post-screening festival Q&A, the sequel surpasses the original.  But then, as it lapses into its version of filming in the park, concocting whatever Greaves is up to this time (even he claims that he’s not sure what his goal is), and trying to recapture and build upon what was so innovative the first time around, Take 2 1/2 flails off into unengaging monotony. 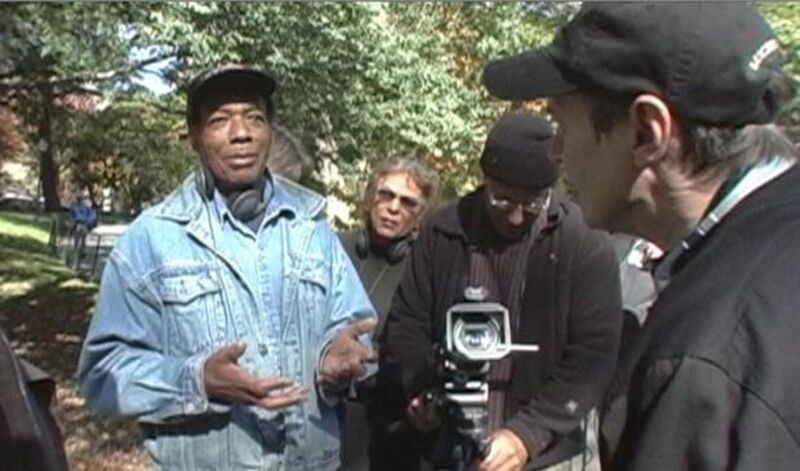 In 2006, following a Janus Films theatrical revival of Take One and the initial release of Take 2 1/2, Criterion released a two-disc DVD set containing both films, a then-new one-hour retrospective, a twelve-minute interview with Steve Buscemi, a trailer, and a weighty booklet. Now, fourteen years later, a Blu-ray upgrade arrives. The release is a direct port of the DVD, with nothing new or nothing altered.  The Blu-ray does a fine job of representing the grainy 16mm tactility of the ‘68 film as well as the prosumer-grade source video of the ‘05 follow-up.

The hour-long retrospective, entitled Discovering William Greaves, is an excellent entry point for viewers who are doing just that.  This documentary offers a comprehensive look into Greaves’ life and career up to 2006 (he died in 2014), and the slow, quiet impact of Symbiopsychotaxiplasm: Take One.

On a personal note, I must state that despite my own inner-cinephile’s enthusiasm about finally catching up with Symbiopsychotaxiplasm, it turns out that my life experience brought me to impatience with the thing.  As a former film student and now University instructor, the combination of no-budget means crossed with murky artsy experimentation rang fairly hollow.  As a video editor who’s been tasked with spinning gold out of crap footage far too many times, it’s probably safe to say that Greaves, as smart and talented as he was, got lucky with Take One.

His approach to it, being fundamentally documentarian by nature, ensured a shapeless, uneasy shoot- something else I’ve been an unwitting part of too many times.  Having been on innumerable film sets and the receiving end of what is easily perceived directorial incompetence, Greaves’s magnetic personality only got him so far with me.  Instead, these films evoked memories of meandering for hours on various locations while a creative higher-up indulges himself, all the while wishing I could be warmly elsewhere writing about cinema.

Finally, getting at this in a post-Charlie Kaufman world of more refined cinematic introspection, Symbiopsychotaxiplasm can’t help but feeling like old hat.  Dare I posit that if it had stuck with its working title, “Off a Cliff”, and never had the benefit of its crazy-long curiosity-inducing moniker, Take One might well remain a forgotten curio seen by very few, and there’d be no Take 2 1/2.

All that said, I’ll admit without hesitation that the world is a better place with Symbiopsychotaxiplasm as a part of it.  I have no intent to diminish the eye-opening experience that these films have been for many.  In upgrading their previous DVD to high-definition, Criterion is making a statement that black film careers of all possible shapes, sizes, and scope matter, long term.