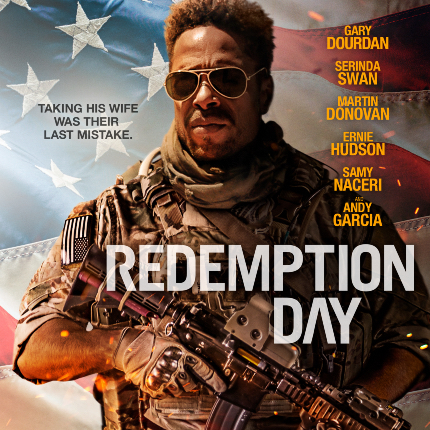 Forget my PTSD, that's my wife!

Redemption Day
Saban Films will release the film in theaters January 8, 2020 and On Digital and On Demand January 12, 2020.

The camera swirls, ducks, and covers at the beginning of Redemption Day, directed with smooth assurance by Hicham Hajji. From the conclusion of the opening sequence onward, though, the drama follows a wan path as it endeavors to craft a compelling narrative, which leaves only a few punchy action sequences to redeem the experience.

It certainly looks handsome, though, thanks to the polished cinematography by Philip Lozano, who also shot the jolting Blood Machines. Director Hajji makes his feature debut here, after years as a producer, and he clearly has been storing up very good ideas on how to make the most out of every scene in order to give it a visual sheen that is attractive. This looks, for all intents and purposes, like a production from a major Hollywood studio, even though the budget was likely quite tight.

The story follows Brad Paxton (Gary Dourdan), a military veteran who has returned home to the U.S. after some time serving in the Middle East. Brad is still suffering from Post Traumatic Stress Disorder, but has the full and loving support of his wife Kate (Serinda Swan), their young daughter Clair, and his father Ed (Ernie Hudson).

Kate, however, is pressed to make a trip to the Middle East in order to claim an archeological discovery, which quickly leads to her kidnapping by terrorists, who threaten to kill her unless a ransom is paid. Brad jumps on the next commercial flight, determined to bring Kate back home alive.

The filmmakers were clearly inspired to make the drama look as big and expansive as possible, and it plays pretty well, though the urgency remains slack. Andy Garcia appears as the U.S. Ambassador, and appears to wrestle with his conscience, first leaning toward only a lukewarm interest in the human side of the kidnapping, then sway back toward a more gung-ho attitude. Martin Donovan has no such compunctions as he cynically represents the interests of the major oil companies in the region.

Dancing around more contentious, possibly divisive issues about the region, the film wants to make a statement, but that uncertainty about its own perspective contributes to lapses in logic that make it less riveting and hard-nosed than it could have been. Redemption Day is diverting and pleasant, but it is mainly noteworthy for the talent and potential shown by its creative principals. 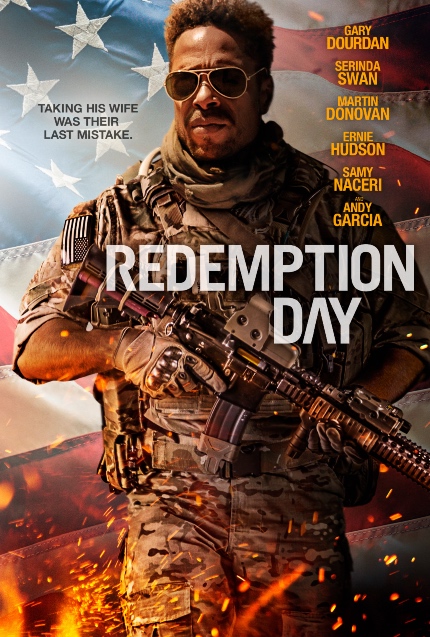