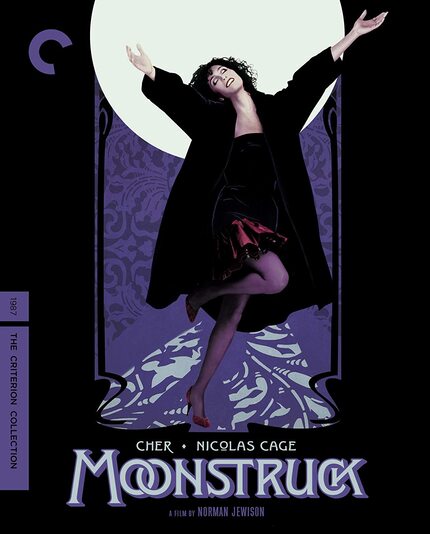 When someone today hears that a film stars Cher and Nicholas Cage, their first inclination might be to brace for the world’s most over-the-top burlesque and downright lunar demolition derby. While understandable in light of their outsized personas and bombastic reputations, that film might in fact be the non-existent “Moon’s Truck”, likely the farthest cry possible from the actual film in consideration here. The actual film is Norman Jewison’s exceptionally rooted romantic comedy, Moonstruck. While there will always be those who might prefer the fabricated former film, the one we got is certainly worthy of exploration.

There are a million ways that Moonstruck might have gone very wrong. (Starting with its original title, “The Bride and the Wolf”). The margin for error is laughably narrow with comedy, particularly when it’s a bunch of non-Italians telling the humorously acerbic story of an Italian family in New York City. Far out of character for its niche, it fixates on death and high culture to an unusual degree. While still not a particularly transcendent movie, Moonstruck does most everything right- and has been waxed about as such in the decades since.  Released in late 1987/early 1988 by MGM, the film certainly had its way with audiences of its day (or night).

Cher plays Loretta Castorini, an unassumingly practical thirty-seven-year-old widow trying to make her way with her aging parents (Olympia Dukakis and Vincent Gardenia) in The Big Apple. She’s resigned herself to marry a man she merely likes but doesn’t love, Johnny Cammareri, played amusingly by Danny Aiello. But, after Johnny immediately flies away to Palermo to tend to his dying mother, his estranged brother, Ronny (Nicholas Cage), enters the picture. Loretta, despite her best efforts, is taken in by his dark eccentricity. Their unforeseen dalliance nudges long-festering relational rifts and improprieties of the supporting characters (all well-cast and memorable) the foreground. The finale is the best kitchen table denouement since The Texas Chain Saw Massacre.

It’s a hard row to hoe, reigning perpetually bigger-than-life personalities Cher and Nicholas Cage into the overtly lived-in aesthetic of this picture, but veteran director Norman Jewison makes it happen. Jewison by this point had been at it for a while in Hollywood, with many of his films being of the outspoken “social justice” variety. He has never been one to shy away from doing his best to honestly portray the lives and trials of people groups not his own, and Moonstruck, though considerably lighter fare than say, In the Heat of the Night or The Hurricane, is no exception. 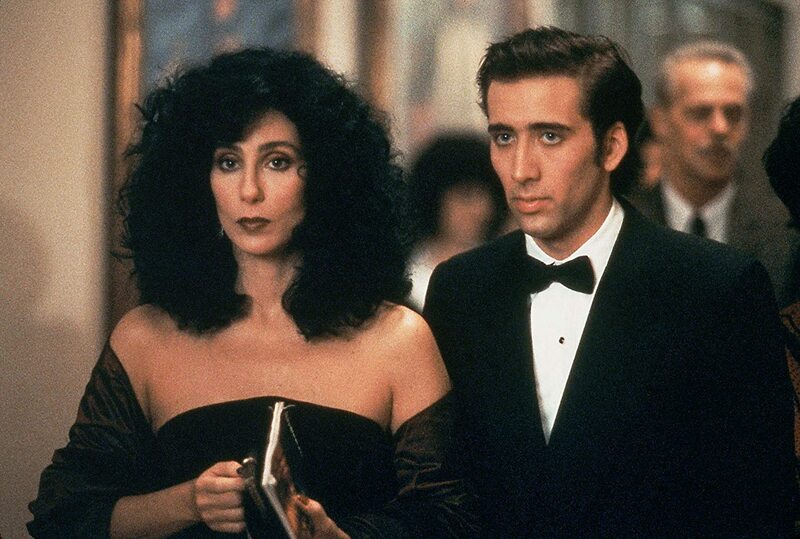 Yet, the overt and upfronted quality of the Italian mannerisms as presented here can’t help but trigger pause in their contemporary reception. As this critic is simultaneously working his way through another prominent if very different November 2020 Criterion release that is tremendously Italian-centric- the gorgeous Essential Fellini box set- the very mainstream-American ethnic depictions of Moonstruck can, in moments, feel like trappings. It’s good to remind oneself that Jewison is not a filmmaker seeking to distill such matters. Though audience-friendly by design, every effort is apparent in the filmmakers’ intent to present its Italian American experience as authentically as possible. (Look for Catherine Scorsese, mother of Martin and star of his short Italianamerican, in a quick cameo).

So, is Moonstruck “worthy” of the hallowed Criterion Collection? Sure it is. Criterion, particularly in its early laserdisc days, has always cast a wider net than many of its fans care to acknowledge. Though an ethnic comedy that operates in the realm of cliche if not stereotype, it nevertheless perseveres as a popular favorite; one of the undisputed best romantic comedies of the 1980s.  (With four Oscars to show for it, including Best Actress for Cher and Best Original Screenplay). If we’re really being honest with ourselves, everyone, at least in some level, likes romantic comedy to some extent. This one is as well-crafted and non-cloying as they come. Wanna complain? Snap out of it!

Criterion’s new Blu-ray release of Moonstruck boasts no shortage of bonus features, both old and new. The 1998 commentary track featuring Cher, Jewison, and screenwriter John Patrick Stanley, may have been around the block several times by now, but it’s a refreshingly forthright track, well worth anyone’s time. Several other vintage featurettes are included, as well.  New to the mix are brief video interviews with Shanley (who is apparently all too happy to talk about this film at any opportunity), and another with scholar Stefano Albertini on the film’s interesting use of Puccini’s opera La bohème.  The film’s lived-in visual richness is particularly evident via this new 4K digital restoration.

Here is the official full list of the disc’s features:

• Interview from 2002 with actor Danny Aiello

• At the Heart of an Italian Family, a 2006 program about the making of the film

• The Music of Moonstruck, a 2006 program featuring interviews with Jewison and composer Dick Hyman

• Audio commentary from 1998 with Cher, Jewison, and Shanley

• PLUS: An essay by critic Emily VanDerWerff