Art of the Real 2020 Showcases Constantly Evolving State of Filmmaking

I was devastated back in April that Art of the Real, my favorite annual film series at Film at Lincoln Center didn't happen because of Covid Outbreak. But here we are, 7 month later, the celebration of non-narrative/hybrid filmmaking is back, again with superb offerings. Better late than never! And I am so grateful for it. So if you want to get over the election hangovers, and plunge into far reaching, innovative, refreshing and adventurous cinema, please join me to explore some of the most delectable choices in non-narrative/hybrid films the festival is offering. Presented with the support from MUBI, Art of the Real runs two weeks 11/13-11/26 with 34 films presenting. Please visit Film at Lincoln Center Virtual Cinema for tickets and info.

Below are 6 films I had a privilege of sampling: 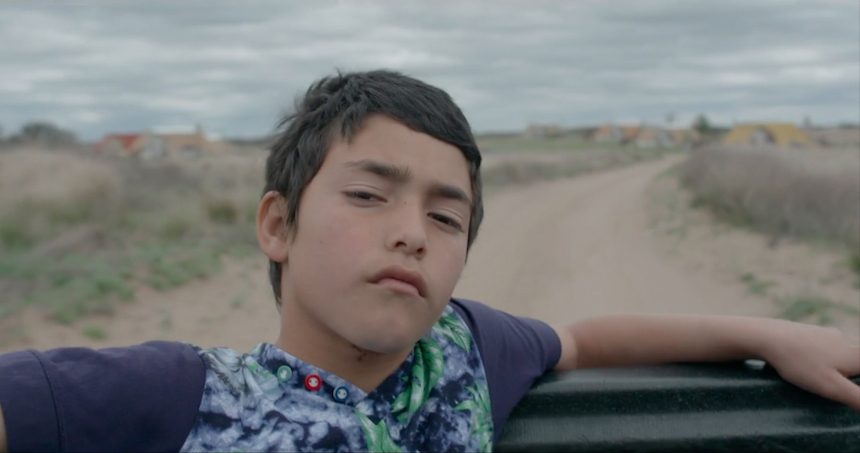 Ezquiel Yanco’s La vida en común tells a story of a group of teenage boys in Pueblo Nación Ranquel, an indigenous settlement in the San Luis territory in the middle of Argentina. The first thing that you notice is its government built housing the inhabitants live in– a geodesic concrete huts with pipes sticking out, looking like an unfinished 70s sci-fi movie set. There is an unseen puma stalking the village, and these boys see tracking and hunting it as the rite of passage to adulthood.

Part Lord of the Flies, part Waiting for Godot, La vida en común is an engrossing coming of age story that emphasizes the absence – of adults, of things to do in the vast and arid territory. Kids let their imagination go wild, while continuing their machismo culture based on the folklore of the Rankülche tribe.

La vida en común touches upon a lot of issues such as colonial past, assimilation, globalization and cultural heritage. The film is intimately observed and endlessly fascinating. 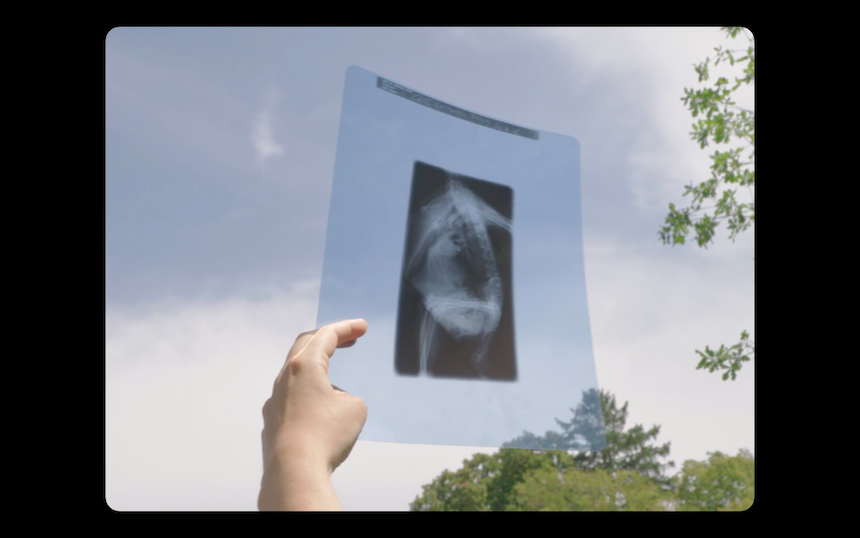 Maya Kosa and Sergio da Costa’s Bird Island takes place in a bird rehabilitation center in Switzerland. Antonin, a young man with a long bout with illness and isolation, is assigned to the center to reintegrate into the work force. He has to learn everything about taking care of birds from Paul, whose retirement is just around the corner. Paul’s job was prepping meals for various birds in the sanctuary, including breeding and ultimately killing mice for birds of prey, being a part of reintegration procedure when rehabilitated birds are released into the wild.

At a first glance the film with real life characters (all characters are playing themselves), their short exchanges and their wooden demeanors might come across as awkward. But as it plays out, with beautiful full frame photography, this simple, observational documentary exude human kindness and compassion without trying hard. Also interesting is how Antonin’s reintegration to the humanity mirrors that of birds. With his gentle nature, Antonin may never learn how to kill mice before Paul retires, or how to show his crush on the center’s veterinarian Emilie, but the life goes on. Some birds die, some live, some come back after their release, some heal completely.

Emilie wonders why there is an upsurge of wounded birds? What are they feeding on outside that make them sick? With that, here is also an environmental message in this lovely film.

A Shape of Things to Come

Directed by Havard Ethnography Lab alum J.P. Sniadecki (The Iron Ministry, El Mar La Mar) and Lisa Malloy, A Shape of Things to Come tells a story of Sundog who leads a survivalist existence in his trailer with the Sonoran Desert as his back yard. Sniadecki met Sundog while filming El Mar La Mar, a visually arresting film that also condemned the US Government’s inhumane immigration policy near the Southern border.

The film starts with a constant electronic noise and shots of satellite towers. It’s pretty clear that they are communication towers used by the US border patrols.

Capturing Sundog’s day-to-day life, the filmmakers document the essence of outdoor living- hunting, gathering and animal husbandry with all the connotations that associated with it – freedom, America, western expansionism, self-reliance. Being an herbalist, Sundog collects various of fauna, mixes in with alcohol to make medicine that he sells. He also collects toads at night to extract their white secretions to make hallucinogens out of it, which he eagerly partakes after drying the substance into a fine powder. He also practices with his long range rifle. 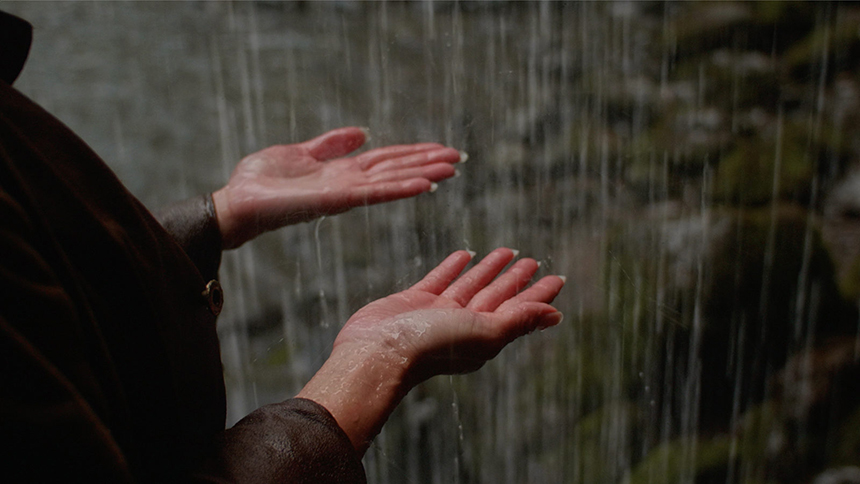 Mostly narrated in chinuk wawa, a rhythmic language of Chinukan people of the Pacific Northwest, by director Sky Hopinka, Małni- Towards the Ocean, Towards the Shore follows Sweetwater and Jordan, two people of the Chinuk origin, as they talk about home, identity and keeping the tradition alive within the frame of the origin of death myth of Lilu and T’alap’as (wolf and coyote). With the two (un)related young expecting parents, Małni is a lyrical contemplation of cyclical nature of life in the gorgeous backdrop of the lush, mossy Pacific Northwest. Everything is related to water – waterfalls, rain, the sea, enveloping everything – death, birth and everything in-between. Beautiful filmmaking. 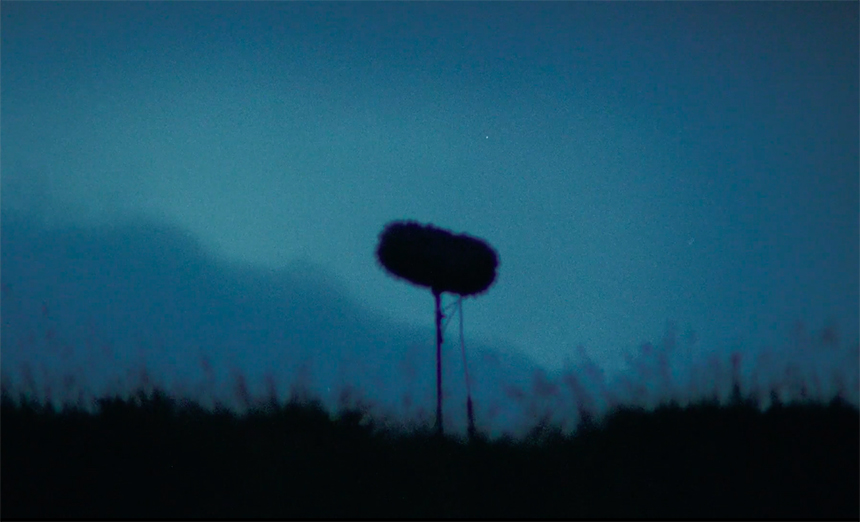 Shot and collected from various Scottish isles, The Two Sights is composed of little eerie Gaelic tales that were sent down in oral tradition. An old timer narrates in the beginning that these sight-seers, either see or hear something in and out of their surroundings. It makes sense as director Joshua Bonnetta sets up his microphone in the windy field and just exits the frame in the beginning of the film. The often picturesque Scottish outdoors feature the elements of nature – rain, waves, birds and other animals, as well as boats and other human made sounds. By looking at the images and hearing sounds Bonnetta collects, you can totally see how these tales took their forms – the rustles against the thatched roofs, a seal floating in the water, the reflections on a calm loch surface, nature can play tricks on you very easily in these parts of the world.

But the narrations take much more spiritual tone. Singing/humming at their loved one’s passing, caring for a beached whale until it expires –the connection and communing with nature are the points of The Two Sites. And it’s also one of the most beautiful cinematic experience I’ve ever seen and heard. 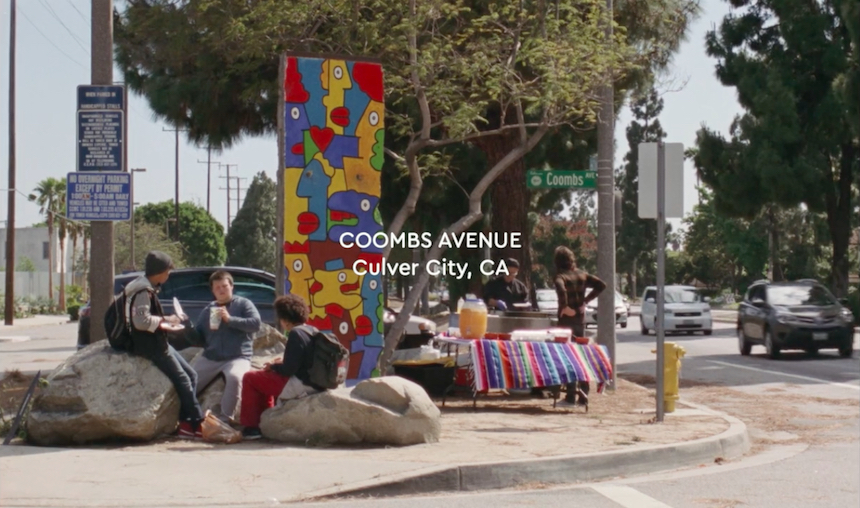 Pacho Velez (Manakamana, The Reagan Show), another Havard Ethnography Lab alum and Courtney Stephens direct this travelogue of sorts. They document concrete slabs that used to be the Berlin Wall which are scattered all over the US. The American Sector is an extremely fascinating examination of symbols, metaphor, propaganda, personal historicity, bias and bigotry, physical artifacts vs intangibles....

You'd find these memento mori in expected places - museums, public parks, college campuses, military stations and government buildings. But they can be also found on the curbside of interstate highways, in front of a restaurants, in private homes, gated communities, corporate headquarters and theme parks.

The film posits some very interesting questions about how to put contexts in inanimate objects to its surroundings. Once removed from its original space and time, does the object hold the same meaning? Its layered spatial-temporal musings on the subject make The American Sector a delightful cinematic experience.