NOT QUITE DEAD YET Trailer: Bringing Back Dad From the Dead 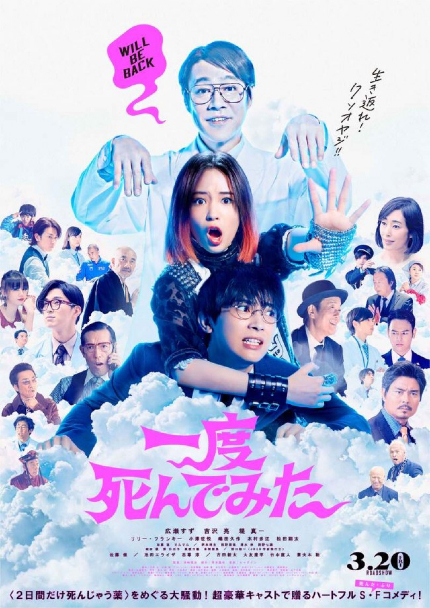 It's a comedy about bringing back dad from the dead!

"The feature debut of TV ad director Shinji Hamasaki." according to Mark Schilling in The Japan Times, Not Quite Dead Yet (original title: Ichido Shinde Mita ) released in Japanese cinemas earlier this year and is heading for release in Hong Kong cinemas on October 22. It's also out this week in Japan on Blu-ray and DVD.

The premise and the trailer, which you can watch below, are inviting, especially during a month in which the release calendar is dominated by moody dramas and sharp-edged thrillers: a busy executive and his daughter have a rocky relationship, then he dies, then she tries to bring him back to life. Sounds fun!

The film itself is not all that, though, in the estimation of the esteemed Mr. Schilling (whose opinions I trust more often than not), who describes it as "a manic, strident farce, with the principals loudly playing cartoons." Of interest, he continues: "but it's also instructive about Japanese attitudes toward the afterlife, which are not quite Hollywood's." His review itself is quite instructive.

Hey, I still like the trailer for a bit of manic comic energy.

Do you feel this content is inappropriate or infringes upon your rights? Click here to report it, or see our DMCA policy.
DendenJapanLily FrankyShinji HamasakiTokio Emoto