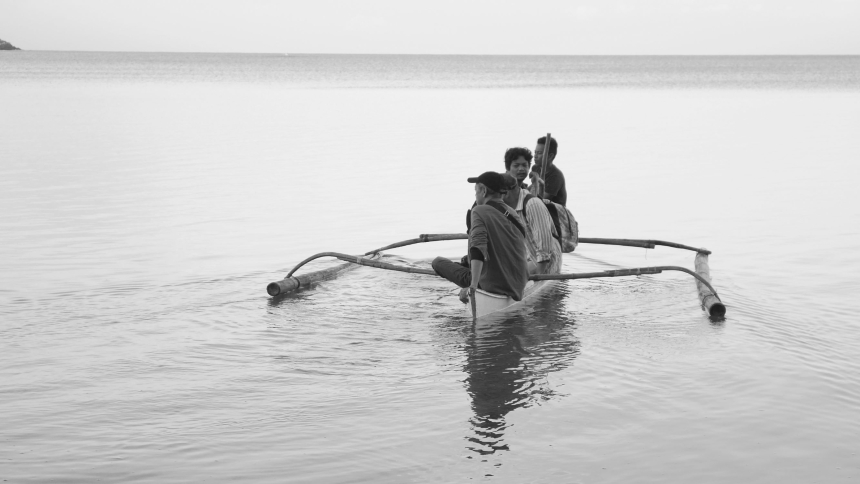 Whether the prolific Filipino auteur Lav Diaz is the crown prince of slow cinema or not, his position and contribution remain inalienable.

Diaz´s black and white revenge drama Woman Who Left, clocking 228 minutes, took the top prize in Venice in 2016. This year, his latest oeuvre Genus Pan -- with a rather frugal running time of only 157 minutes -- bowed in the Orrizonti sidebar. Remaining faithful to his established auteur style, Diaz tackles a universal topic through a local social drama.

Genus Pan starts on a payday of miners; three of them will be the central focus of Diaz´s lens: Andres, Paulo, and Baldomero. The dialogue-based long scenes suggest a revolt may be on the horizon as some workers complain about the proliferating exploitation and greed.

The three workers are about to return home as the mining season wraps up. They are taking a hike through the lush jungle of Hugaw Island in the Philippine archipelago. The unforgiving jungle road trip starts to unearth old wounds, pitting the characters´ beliefs against each other.

The introductory scenes head in the direction of regular poverty social drama. Although as soon as the leading characters step into the wilderness, Genus Pan takes a grimmer and more primitive turn. The film morphs into an observational character study, which ultimately flourishes into a ripe allegory on the state of mankind. 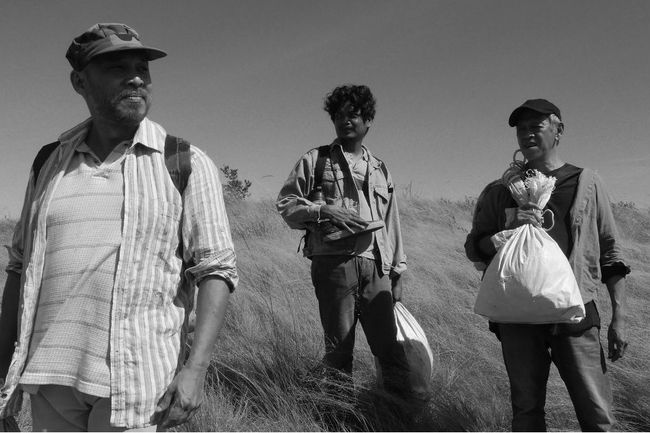 The director attributes the title, referring to a great primate family, to a definition of man as an animal. The menagerie of vices including aggression, greed, opportunism, narcissism, egoism and other exotic qualities and idiosyncrasies of the human psyche, add blunt texture to the collective portrait Genus Pan turns into.

Lav Diaz as a cinematographer stands afar and monitors characters in a detached manner. The interactions and outbursts of violence remain anti-climactic until the very last injustice inflicted. Supporting female characters in the hometown of Andres, Paulo and Baldomero are left to the mercy of local perverse opportunist for whom the life of his neighbors has absolutely no value. It almost appears that the inhabitants of the island belong to one of two groups, those trying to go on in life despite the lack of resources being crushed by the existential burden and sociopaths.

Genus Pan follows in the tradition of Shakespearean tragedy. Firstly, on the small scale within the single social circle of the central band of three coworkers defined clearly delineated character types - roles. Andres is the innocent one striving to help his sister who is ill, pious Paulo acts out his religious zeal but hides darker secret while Baldomero acts on every possible opportunistic and egotistical impulse despite the shared past with Paulo.

Each of the characters bears symbolic traits, Andres being one of the millions with a functioning moral compass attempting to be on the side of good, Paulo repenting for his past sins on a road from dark to light with Baldomero assuming the role dictator, a reference that won´t go lost in the film. Diaz employs the subject of God, religion, and folklore to further developed the characters vis-à-vis the Filipino heritage and the history of colonization. 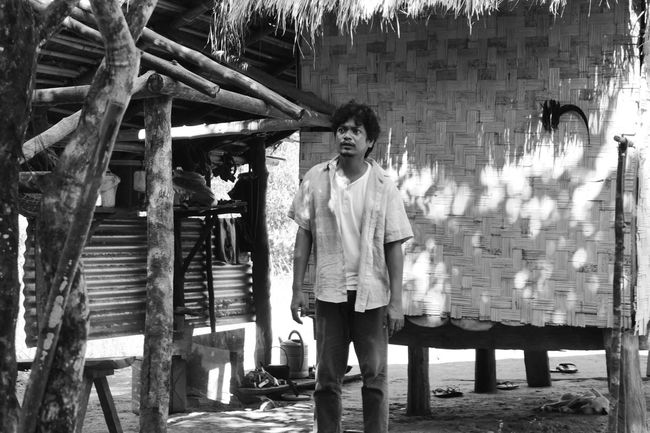 The youngest of them, Andres, doubts the existence of God as he does not see the justice on the island with having his brother murdered and attempting to find out the perpetrators. Paulo espouses Catholicism, an import from past colonizers and Baldomero remains locked in the more primal set-up of magical thinking believing in local superstitions and myths.

Once in a village, a different cult is attended by locals, though any way of belief in a higher power will be stacked against the counterpoint of senseless violence and ruthlessness carried out on the ordinary folks. As the second half of Genus Pan centers on the hometown of the three protagonists, the addressed acts of violence in their tightly-knit group translates into a more anonymous and rampaging plague knowing no borders - moral, ethical nor legal.

Casual, minimalist and austere in execution, Genus Pan employs local circumstances and customs from Filipino background to encapsulate the essence of humanity. Little compassion and solidarity are demonstrated in the portrait depicting "the hairless ape" or noble savage, while Genus Pan deliveries plenty of the latter, and a pinch of the former. Following in the legacy of the Darwinian maxim of "the survival of the fittest", Diaz stages the survival of the wickedest as the civilization comes slowly undone in Genus Pan.

The powerful-devouring-the-poor may elicit a political reading (and there are suitable moments in the film when such reading is advised), Genus Pan is less preoccupied with leftist ideology as Diaz cut deeper into a more primal setting. He burrows into the mindset that precedes ideologies and is informed and driven by rather primitive instincts.