Iranian director Shahram Mokri, known for his single-shot films and his decided penchant for time-loops, achieves formalistic excellence in his latest effort. 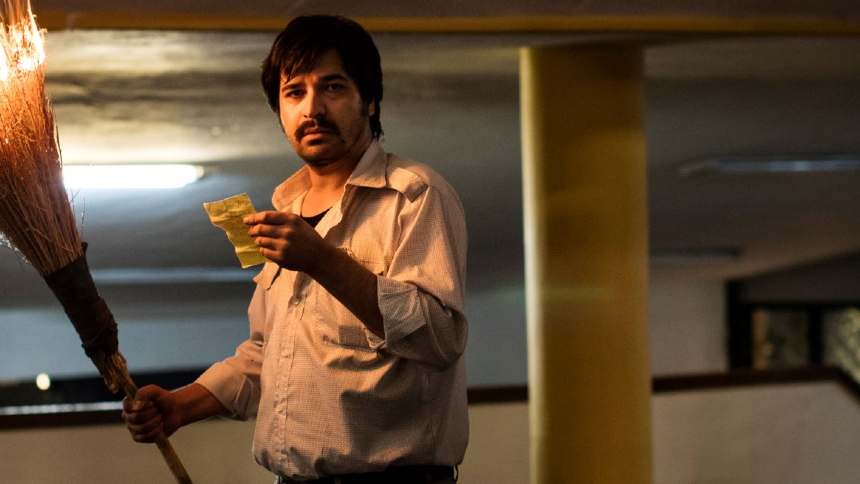 The 77th edition of the Venice Film Festival has unfolded with more than one comeback.

After the Greek New Wave made a splash again in the Orrizonti section with Apples, Iranian filmmaker Shahram Mokri returned on the turf of his past triumphs. Mokri's feature-length debut, 2009´s Ashkan, The Charmed Ring And Other Stories, netted the Orrizonti Award for Innovative Content, while his sophomore single-shot wonder, Fish & Cat, debuted in Venice in 2013.

Fish & Cat was largely inspired by the tradition of American slasher films, and the infatuation translated into his next feature, Invasion, unveiled in 2017 at Berlinale. The talented Iranian filmmaker prone to time-space experiments heavily influenced by genre cinema managed to wedge a procedural between a sports movie and a vampire drama with an apocalyptic air enveloping the single-shot spectacle of Invasion. The film remains hugely underrated and underappreciated, although that did not stop Mokri from advancing his space-time experiments in moving images.

Shahram Mokri returned to Lido to premiere his latest oeuvre, Careless Crime. As he earned a reputation for formalistic boundary-pushing, it was no surprise that the Orrizonti section accommodated the film warmly.

The opening titles inform the audience about a 1978 incident when anti-Shah protesters set Cinema Rex, located in the Iranian city of Abadan, on fire. The violent act had been a gesture of revolt against Western influence in the Middle East. 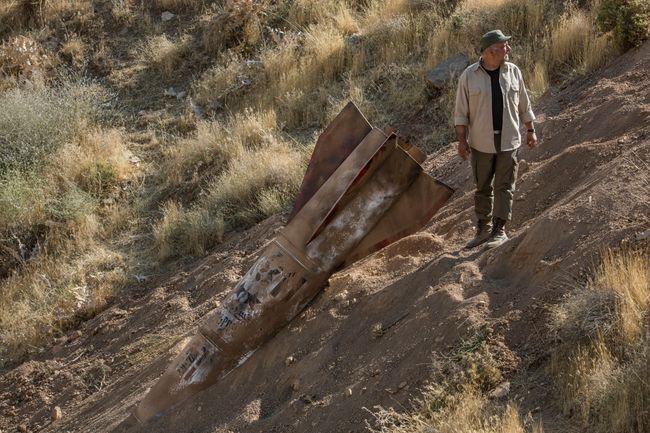 Negligence of the theatre staff led to four hundred theater-goers burning alive in the cinema. Careless Crime then jumps to 2020 following four individuals are plotting to set a cinema on fire in a disturbingly casual manner and without an apparent motive. Mokri insists this is not a re-enactment of the gruesome crime. The past and present, fact and fiction may start to devour each other in a cinematic mirror maze.

Mokri´s auteur works, prepared with his co-writing partner Nasim Ahmadpour, shape and bend time to create the illusion of space. The technique grew to become one of the Mokri´s primary storytelling devices and an emblem of his signature style. Careless Crime diverts from the previous two features, disrupting what would be the single-shot triptych.

While the Iranian filmmaker honed the art of one-shot film, he ventures to explore other means of multi-dimensional storytelling in Careless Crime. Long shots and hypnotically fixated camera remain in the inventory but Mokri leaves hermeneutically sealed horizontal space to explore and merge vertical and meta-textual layers.

Careless Crime unlike its predecessors does not seamlessly glue the space into a monolithic structure imprisoning viewers. Instead, he manages to travel across vertical layers utilizing meta-textual tools such as screens, big and small, as portals that actually bind individual layers co-existing in parallel spaces. Careless Crime appears to be a structural conundrum until its decentralized narrative template emerges.

Cinema is appointed the epicenter of Careless Crime. Not solely as a building anchored in space but as an abstract concept, Mokri operates on both levels of expression - figurative and literal. Concentric narrative pattern enveloped to the axis mundi and the cinema becomes a point from which the narration unravels and retracts back into.

Careless Crime is Mokri´s most daring work to date, politically and aesthetically, as the director´s His previous films dealt with the political matter more delicately and cryptically. Mokri explained in an interview for VeneziaNews that he approaches the history, this time, as a continuum which serves as a mean to reflecting present through past:

"History in Iran has a high dividing wall, and that is the revolution. Everything that happens is divided into before and after this historical border. Careless Crime is about one of the most important events that led to the construction of this dividing wall. Many say that the broader fire that ignited the revolution in Iran began with the Rex Cinema fire. It was vital for me to show, still forty years after the victory of the revolution, it is conceivable that history has not moved forward, but is twisted like a circle. We see the characters of the historical story of forty years ago in Tehran today".

Mokri remains faithful to his reputation and delivers yet another engrossing and tantalizing formalistic spectacle. The fascination with M. C. Escher´s space-warping optical illusions translates into Careless Crime´s warping of the time and space through film-within-a-film and screen-in-a-screen devices bridging the different realms of the film´s multiverse. 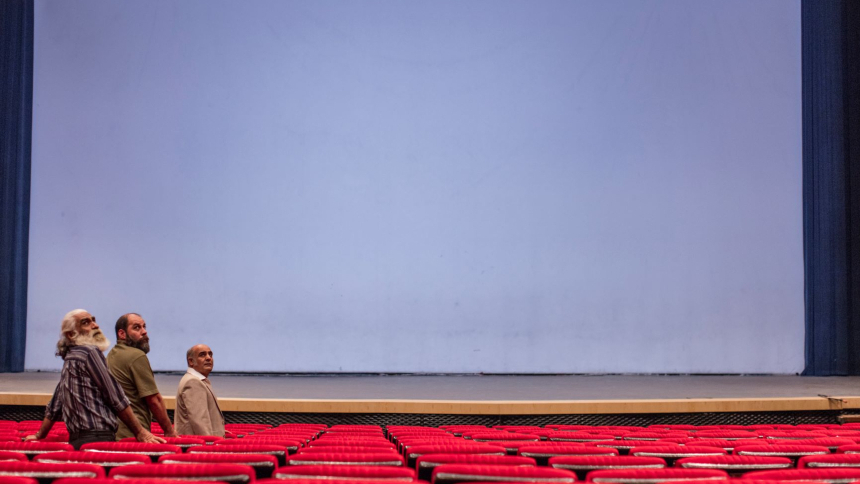 The director´s unique style resulting from the amalgamation of American genre cinema and European arthouse sets Mokri´s works aside from his contemporaries. Elements of horror cinema vanished under the codes of mystery thrillers, ascetic surrealism infuses an air of Persian magical realism in the contemporary Iran social drama, all the idiosyncratic aspects organically weaved into the trans-genre quilt.

The tacit strangeness partly stemming from Mokri´s beloved time-loops and startling scenes in the vein of hallucinogenic imagery contribute to the irreal atmosphere. One of the perpetrators to be suffering from pyromania and what appears a fever dream, he himself squinting eyes in disbelief, a reaction that viewers will have to get used to throughout the 139-minute running time.

In a pure stroke of genius, not just ordinary cinema is the center of the story, it is a cinema doubling as a museum. The past and present that collide, realign, and assimilate eventually within the imagery of Mokri´s latest films approached an entity resembling a domestic collective subconsciousness.

Careless Crime is indeed a triumph in Shahram Mokri´s filmography. Richly-layered, mind-bendingly structured, Careless Crime transcends the plentiful genres it manages to sophisticatedly assimilate. The formalistic superiority of Mokri´s latest oeuvre does not spring solely the aesthetically tantalizing enigma the film manages to flourish into. 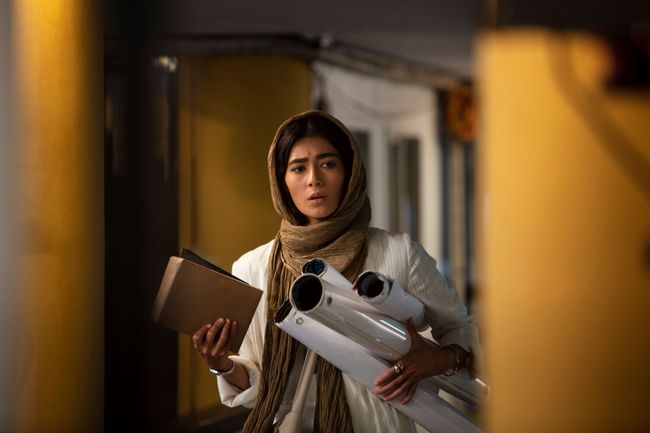 Undoubtedly, a formalistic spectacle of a folding multiple of dimensions into a single film engages the audience in an experience. Mokri wielding a sorcerer´s stone of moving images does not transform time into a continuum, he manages to blend literal and figurative visual language within a single oeuvre.

Furthermore, the film is a testament to cinema´s visual potency because it is impossible to reconstruct the multi-faced narrative, the elaborate structure, and the vertical integration of meta-textual and inter-textual layers solely in words to achieve the stunning effect and formalistic briliance.

The film enjoyed its world premiere at the 2020 La Biennale de Venezia.