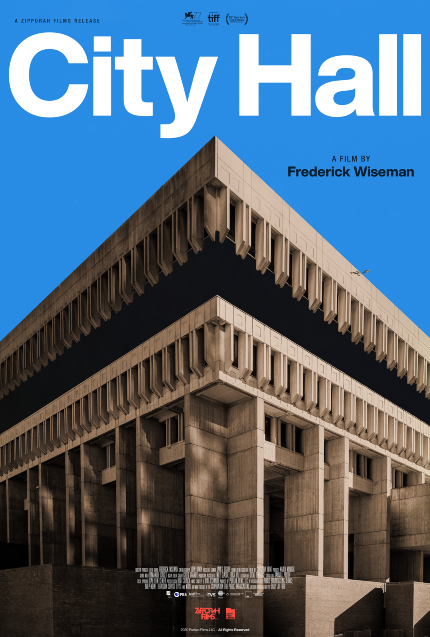 The great Frederick Wiseman makes documentaries that are restful yet restless, exploring big subjects that inevitably spiral and split into absorbing moments, capturing a time and place that may never be repeated or replicated.

Located in the northeastern United States, the large city has dealt with a mass of problems, some that are endemic to all large cities, especially in the U.S., and some that are specific to Boston. The official description says the film "shows the efforts by the Boston city government, led by Mayor Martin Walsh, to address racial justice, affordable housing, climate action, homelessness, and support for seniors, immigrants, and veterans."

Whew! That's a lot, but I'm sure that in Wiseman's calm, measured pace it will unfold in a manner that is understandable and allows the viewer to draw their own personal conclusion.

City Hall will also screen at the New York Film Festival before being released theatrically in November. Have a look at the trailer below.

Do you feel this content is inappropriate or infringes upon your rights? Click here to report it, or see our DMCA policy.
BostondocumentaryFrederick WisemanToronto International Film Festival