The eye-catching novelty of the trailer for Monochrome: The Chromism is that it's presented in black and white, but with color bleeding into the picture at specified points.

Is that sufficient to sustain a narrative for its feature length? Probably not, which is why the synopsis for the sci-fi thriller goes further, letting potential viewers know that it "follows Isaac Ward, the first person to turn 'hue' in this black and white world. After being shot in a downtown crossfire, he is found bleeding 'red.'

"As Isaac's body also begins to streak with color, other outbreaks develop across the globe. Isaac now struggles to survive while society tears itself apart to try to capture and comprehend these new unexplainable 'hues.' Leaving countries at odds, at war and Isaac determined to find answers."

Have a look at the trailer; adjust your screens for color accordingly. 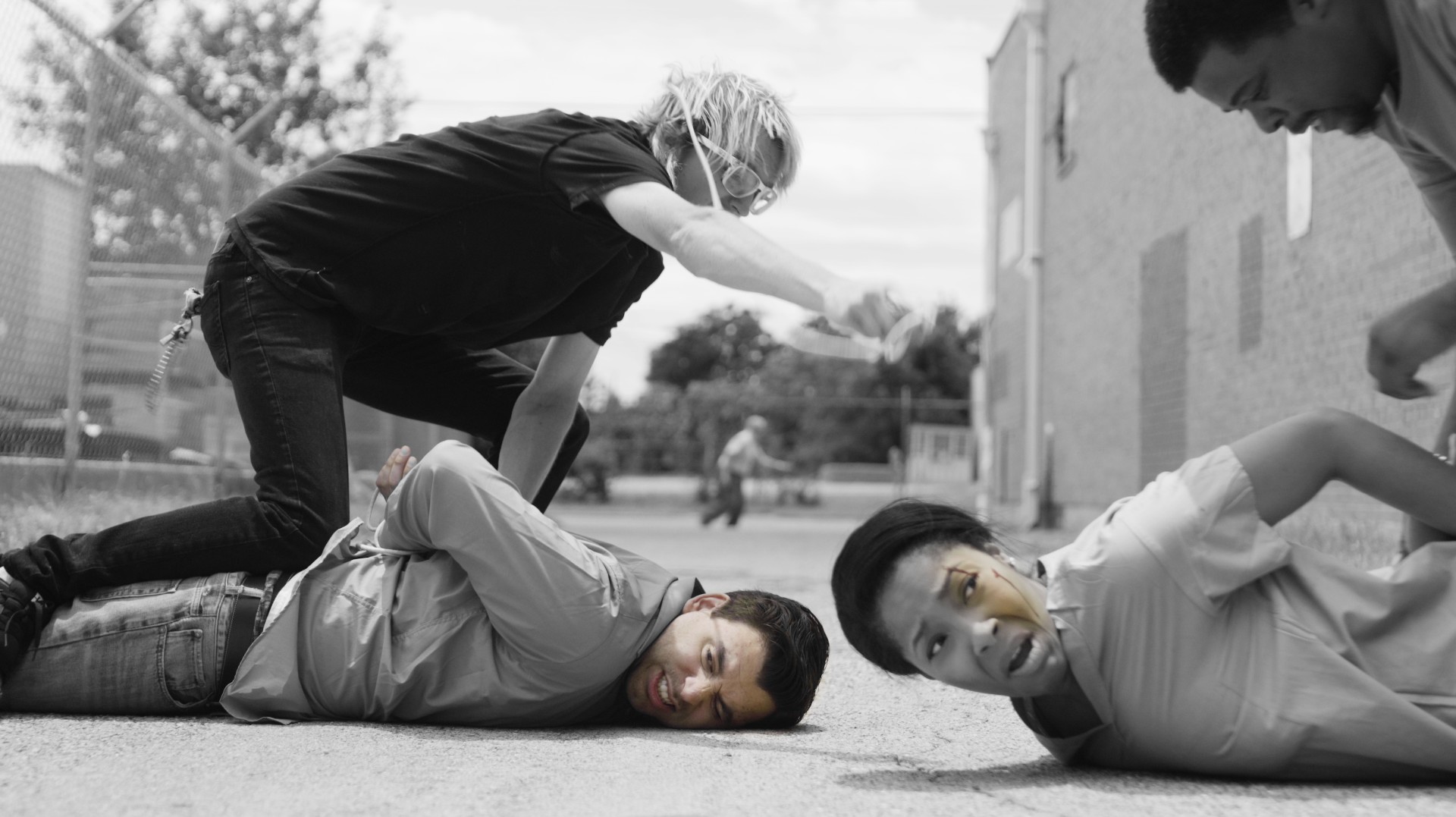 Do you feel this content is inappropriate or infringes upon your rights? Click here to report it, or see our DMCA policy.
Andre PelzerCat MerrittDevin LeighJosh BangleKodi ZeneRyan BarnesShashana Pearson