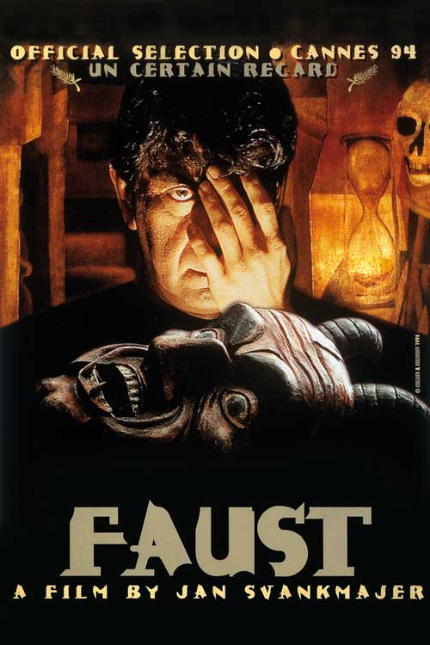 Pioneering Czech animator Jan Švankmajer has inspired devoted fans of his work around the world. And if your response to that statement is: "who?" it just shows that you haven't been introduced to any of his films yet.

Now is a splendid time to get acquainted with Faust (1994), his timeless adaptation of a classic tale. It will open in Virtual Cinemas in the U.S. tomorrow (Friday, September 18, 2020). What is the movie all about? Per the official synopsis:

"Jan Svankmajer's Faust is a rendering of the infamous Dr. Faustus fable of temptation and damnation. Borrowing freely from both Marlowe and Goethe and ancient folktales and timeless myths, the story follows a lonely Czech businessman who sells his soul to the devil in return for 24 years of self-indulgence.

Watch the trailer below to get a better picture of what's in store. Faust will open tomorrow at the following Virtual Cinemas, all fine cinemas that deserve whatever support you can muster in these perilous times:

Read more about the film at the official site from distributor KimStim.