Pavel Khvaleev’s new film is well-made torture horror, but not much else besides. 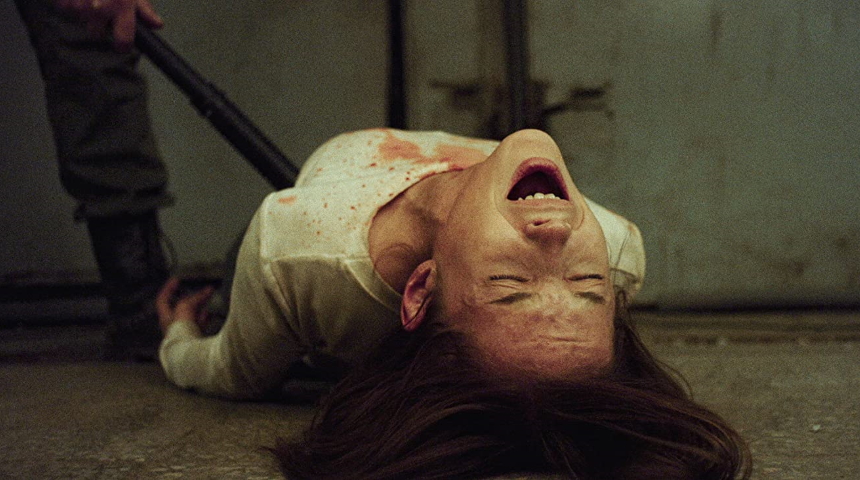 Lo and behold: despite the limitations brought about by the COVID-19 pandemic, the Amsterdam-based Imagine Film Festival managed to get itself two theatrical world premieres for its 2020 edition. One of them was Peet Gelderblom's poetic collage film When Forever Dies, reviewed here, but the other one, Pavel Khvaleev's new film Sleepless Beauty, could hardly be more different: a brutal conspiracy thriller from Russia with a strong torture-horror slant. Briefly released online, Amsterdam actually got the first theatrical screening, and the film will continue to Sitges soon.

Sleepless Beauty starts with the failed assassination of an ambassador. "Not to worry," say the people who ordered the hit, "we have a plan-B...". Shortly after that we follow Mila, a young woman who gets abducted and who wakes up in a cell in some sort of industrial complex. She gets tortured, physically but especially mentally, for days on end, and is not allowed to sleep. Rest episodes involve a virtual reality helmet being mounted on her head, constantly bombarding her with terrible visions. 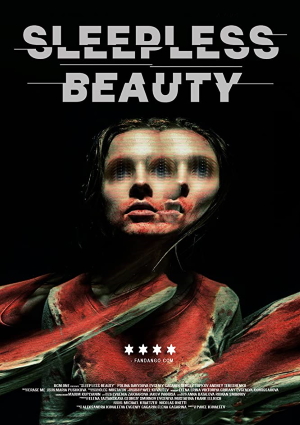 Meanwhile, Mila's parents and the police start looking for her. Will they find her before she's gone mad? And what is her intended role in the upcoming assassination?

For the first 30 minutes, director Pavel Khvaleev (of Involution fame) keeps the pace in, and his film looks slick and interesting. Our sympathy for victim Mila (admirably performed by Polina Davydova) is easily raised and we wonder how much of her mind will be left when (if) she ever gets out. There is also some commentary mixed in as the tortures seem to be live-streamed, with online trolls providing live obnoxious comments. The moderators freely discuss the brainwashing process, oblivious or unafraid of the online viewers constantly asking for "more action". It brings a strange edge, together with the bizarre virtual reality clips, which are stop-motion animations looking like a mix of Terry Gilliam, the Quay Brothers, Jan Svankmajer, with some Giger and general biology thrown in for good measure. A good thing that is too, as the film needs that edge, because apart from being technically well-made, there is not that much to look at beside a woman being tortured. And after the first half hour, watching torture clips wears out its welcome fast.

In the end, Sleepless Beauty is well-made, and doesn't get over-the-top on gore, a valuable restraint. It does mean however that the film falls a bit between two targets. Gorehounds may want more pepper, while I could have done with a bit more thriller.