Now On Demand: THE BARGE PEOPLE Will Definitely Upset a Relaxing Weekend 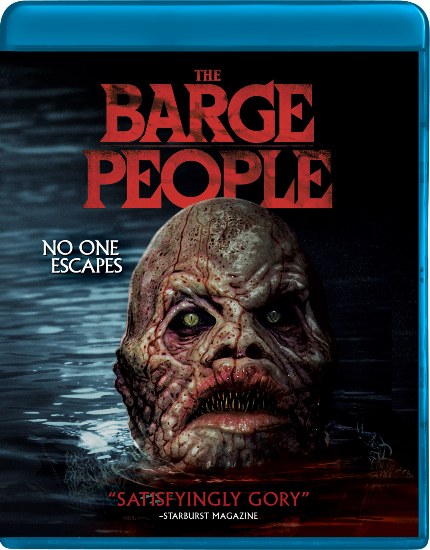 The Barge People
As of Tuesday, August 18, 2020 (aka today), the film is available from RLJE Films on a wide variety of Video On Demand platforms, as well as Digital HD, DVD and Blu-ray.

Alas, because I am not a person who can imagine spending a relaxing weekend on a canal-boat, nor do I have much of a taste for horror films this year, I am not the intended audience for The Barge People.

If, however, you love the idea of seeing a small group of calm and pleasant people experiencing the worst times of their lives as they are victimized by one or more unstoppable creatures who are not terribly attractive, then The Barge People may well be just what you need to defeat the seasonal blues!

Here is the official verbiage: "In The Boat People, a group of friends sets off for a relaxing weekend away on the canals of the glorious British countryside, unaware of the flesh-eating mutants lurking in the water...ready and waiting to feed.

After watching the trailer below, I'll never go near a barge again, to paraphrase Robert Shaw as Quint in Jaws. Your weekend boating experience may vary.

Do you feel this content is inappropriate or infringes upon your rights? Click here to report it, or see our DMCA policy.
Charlie SteedsKate Davies-SpeakMakenna GuylerMark McKirdyMatt SwalesUK