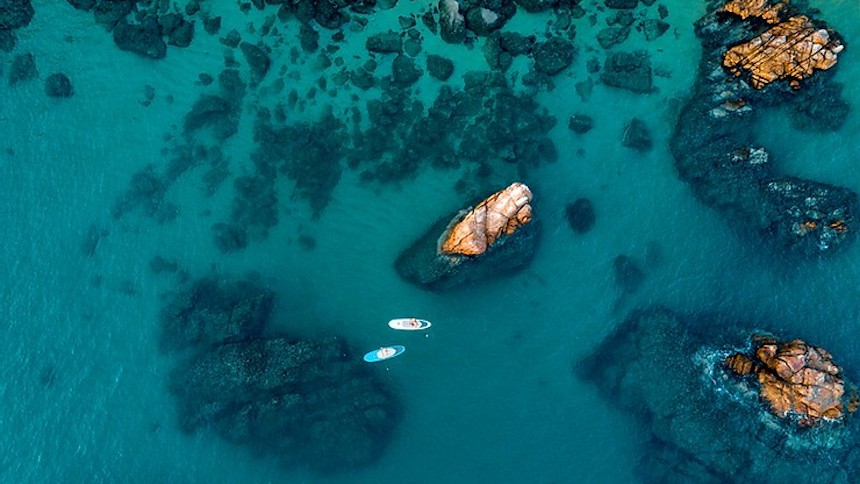 In the midst of the COVID-19 pandemic, part of the Mexican film industry is trying to make the public return to theaters under the so called “new normality.”

Back on August 12th, cinemas in Mexico City officially reopened, including the Cineteca Nacional (our cinematheque), despite the fact that Mexico is currently in the top 3 of countries with more COVID-19-related deaths in the world (only behind the United States and Brazil).

Some Mexican film festivals have announced their intentions to be celebrated later in the year at theaters or at least at drive-ins. However, the Los Cabos International Film Festival is not playing this (risky) game and has confirmed that its upcoming 9th edition, to be celebrated from November 11th to 19th, will be entirely virtual.

After this announcement was made, ScreenAnarchy spoke with Los Cabos’ artistic director Maru Garzón about a decision that not every festival is embracing but that, if you ask me, was a very wise move considering Mexico’s reality.

Check out our interview and don’t forget that Los Cabos’ call for entries is now open.

ScreenAnarchy: I guess it wasn’t easy to decide that Los Cabos 2020 will be a virtual event.

Maru Garzón: It was obviously a decision that took a lot of time, considering different scenarios and possibilities. This even started in a way before the pandemic because just like other festivals here in Mexico, the financial backing this year is extremely restricted, it’s so difficult. Certainly we weren’t thinking at the beginning of the year to make a virtual festival, not at all, but we were starting to work according to the budgets, the backing and so forth. Then, when this situation started, we had to erase everything that we had already worked on during the year’s first three months and we had to start to work on scenarios to face this.

As you can recall, during the first two months at least, everything was uncertain, there was no clarity, and we were all hoping for this to end quickly. We didn’t have the correct information, but soon enough we started to see that, for many reasons, we didn’t want to stop the festival’s continuity, we didn’t want to stop putting on the table the themes that we always like to talk about and right now even more. On top of that, we didn’t have the certainty of how things in-person were going to work out in November, we still don’t have it. But we wanted to start working already on something concrete, to not mess with the plans of our partners out of respect, because I know that, on the other hand, as a filmmaker or producer, the plans you have for the life cycle of your movie are broken if things change, even if it is due to causes of force majeure.

Considering all of this, for us the most responsible decision given the situation, and to maintain the festival going, was to take it to the virtual scenario. We embraced the idea, it’s exciting for us, and we are really working hard on a concrete objective.

What do you think of the fact that streaming in general is gaining more territory?

Yes, it’s gaining territory, mostly due to what the general situation is demanding. A lot of film festivals that had all the intention to make at the very least a mixture of in-person and virtual components, in these past few months are cancelling this possibility and going uniquely for streaming. I don’t think it has to do anything with a lack of loyalty to that that moves us and that we are passionate about: cinema of course and the cinematic experience of the movie theater. I think it’s just a matter of adapting and moving on.

At least I have already invested and wasted enough time looking at the things that were not possible to do; and it’s unfortunate but I decided to change my mindset in order to look at what was really factible. In our case it was all about maintaining that continuity, keep on sharing with our audience, both the general public and the professionals, the things that we like to do and the actual contributions the Mexican film industry. Our space supports and provides visibility also to the American and Canadian industries. 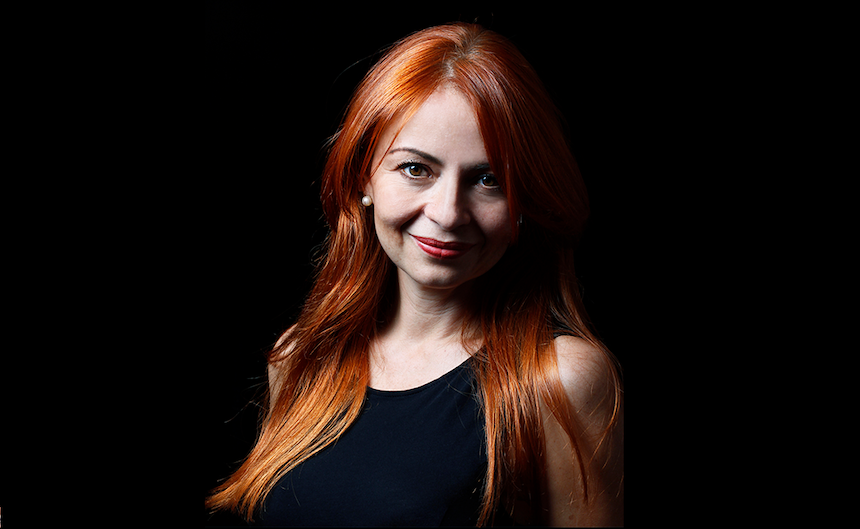 Making a virtual film festival has definitely some advantages. More people will be reached, to begin with. How do you feel about this?

I’m absolutely looking on the bright side. I think it’s tiresome, right now of course, to aspire to things that doesn’t look possible and that in a way would be even irresponsible. We preferred not to push for something that would comprise people’s health.

I’m looking at the benefits, I’m so excited because Los Cabos is located at a point within Mexico that if you live in the southeast it would be complicated and expensive to travel to. We always have a lot of communication and feedback on social media of people that are always demanding and asking if the program will be replicated elsewhere because they can’t travel to Los Cabos. So we see this one as a great opportunity because the festival’s movies will be available in the whole Mexican territory; other of the festival’s events, like some conversations or master classes, will be available worldwide. To be able to share the festival’s offer to many more people and to people that had been wanting to live the festival’s experience somehow, is very exciting for us.

On the other hand, and because we see the festival united to the city of Los Cabos, of course we want that the experience of visiting our virtual festival gives the sensation that the festival and the destination are united.

For me the We Are One festival, for example, felt like they weren’t ready to put online some of their biggest films. In that sense, what can we expect from Los Cabos’ 2020 selection?

We continue to be on the same page. It’s true that the big studios, in particular, are still very cautious and I feel like there’s not yet a clear resolution, which is totally understandable because we all are experiencing something new. So they aren’t sure if they want to release the titles online or if they better wait for a limited release in places where they can do it theatrically, or if they save the rest for 2021.

There’s a little bit of everything. But we have the same energy, the same vision and the same team. There will be fewer movies because we don’t want to just copy the in-person festival; we rather want to make a project specifically for the virtual life. We want people to be able to experience the entire festival, we don’t want our own content to compete witch each other when the streaming offer is already saturated.

Taking all of this into consideration, this year Los Cabos will present a total of 15 movies. I’m sure the program will be comprehensive once again, we love that all the movies selected are connected, that a unifying thread exists. That’s something positive that has been a characteristic of the Los Cabos’ program over the years.

This year we have less movies but more days. We will try to schedule the films in prime time and make the schedule accesible for everybody. It will be free of charge in Mexico. We are contemplating a maximum of 1000 views per film but that will depend as well of our negotiations with the production or distribution companies, so maybe some movies will be more limited, though the main competition will have to be treated equally.

The festival’s call for entries is now open. How is that working so far?

The response has been good, of course at the beginning filmmakers, in particular Mexican filmmakers that are closer to us, were a bit hesitant, some more than others. Some movies have already distribution or a sales agent so that also affects the decisions because they have their own strategies.

But at the end of the day, something that has been very positive in our case is the fact that we are the first Mexican film festival that, ever since this situation started, has announced its stance with anticipation and clarity. Movie people have responded positively to that because, whether they like it or not, we are presenting them a clear option. They might not take it but still there are no doubts or uncertainty. We have it clear, it’s going to be online definitely without any in-person component, so that has helped a lot the negotiations because we present them something concrete and we are not considering last-minute changes due to the pandemic.

And look, I understand that and I’m not criticizing [other festivals that might do last-minute changes], each one have different motives behind their decisions. I can only speak about Los Cabos. We also put ourselves in the filmmakers’ shoes: they all want theatrical exhibition, of course, but everybody, not only filmmakers, wants clarity because that gives us tranquility, tranquility to say “yes” or “no.” We don’t present them a plan B or C or D, though certainly we have worked on those other options.

Like you said earlier, the Mexican film industry has been facing financial backing difficulties. In this context, how important is for you the Los Cabos’ Gabriel Figueroa fund?

We are very happy that we are the only festival in Mexico with a film fund. That’s another reason why we didn’t want to stop, because we know this has become an important backing to develop projects that eventually travel the entire world representing Mexico. That’s great for Mexican cinema in general, we can even look for international funds for our industry. This year the call for entries for our fund is open until September 2nd. One is for films in development, this time directors’ first or second films are welcomed.

Finally, this year’s edition of the festival has the theme of reimagining ourselves. What can you comment on this?

That is this year’s editorial and artistic choice, but every year we have always tried to condense our thematic concerns. The program has always been full of concerns about inclusion, diversity, gender equality, among other subjects. We have the purpose of reimagining ourselves, not only structurally and so forth but also we want this year’s program to provoke dialog in order the reflect on this pandemic; the situation we are living has made more visible a lot of fractures that already existed at different levels of our society. In that sense, we want to tackle all of these issues, we want to discuss them. We want our films to be part of the audience’s conversation, to see other realities. This period has permitted us to encounter ourselves, to see what we have and not what we want. It’s a good time to reflect. We all have to do that.

Do you feel this content is inappropriate or infringes upon your rights? Click here to report it, or see our DMCA policy.
Los Cabos 2020Los Cabos International Film FestivalMaru Garzón