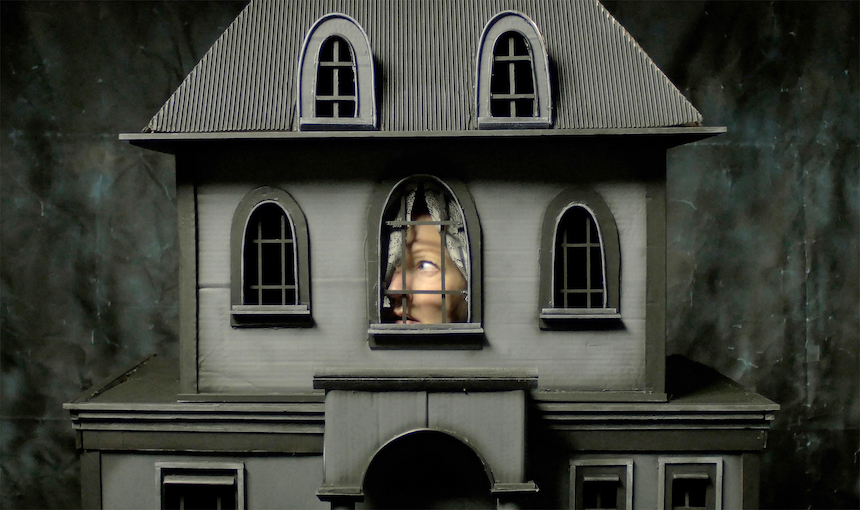 Every now and then, a film comes along to remind us that women are indeed fully fleshed out human beings with their own hopes, dreams, fears, anxieties, and doubts. One of the documentaries playing at this year's Fantasia International Film Festival is Morgana, and this film belongs to the rarified group of deeply humane works focused on women.

Directed by the Austrailian duo Isabel Peppard and Josie Hess, Morgana follows human phoenix-rising-from-the-ashes feminist pornographer Morgana Muses, a 53-year-old woman who's finally living her own life on her own terms.

Previously, Morgana had been trapped in a loveless marriage devoid of intimacy with two children. Even before that, she spent part of her young life literally living underground in Outback caves with parents that seemed consistently urged her to be quiet, be good, and for her not to embarass them. (May girls, women, and anyone in the LGBTQI community can relate.)

She was 10 years old before moving to the big city and enrolling in public school, where she understandably experienced some intense culture shock, and the sense of oppression grew as she was ostracized by classmates. (A likely story, but the premise isn't usually so disparate in terms of living conditions.)

It wasn't long out of high school that she felt pressured to marry, and she did. Her husband provided what seemed like anything she could want, but she knew early on that they weren't compatible at all. Instead of leaving the marriage, she was persuaded to have children to "make things better," and the guilded cage was built.

That's another common story for those trapped in relationships they shouldn't be in. In Morgana's case, she ate her feelings and became obese, which only caused further damage to the marriage. When she finally left, most of the weight came off as well.

It's this admission that causes the titular subject of Morgana to tear up, and if you're not numb from the constant flux of 24/7 bad news here in 2020, then this crushing moment will jump off the screen and drag tears from you, as well.

We watch her evolution as she travels to film festivals and meets and creates her chosen family. Along the way, she meets fans in touching displays of humanity, is disowned by her parents for her new, unacceptable pastime, and moves to Berlin, where she thrives among other likeminded weirdos and societal outcasts.

Filmmakers Peppard and Hess craft a fantastic documentary with a clear story, that while extraordinary, deeply relatable and touching. Morgana is a story about a soul on the precipace crying out for love, and for help. Morgana is for anyone that's ever felt crushed by family and/or social expectation.

The doc is told with deep empathy toward its subject and offers hope to others. The pace of the doc, as well as the editing and music choices, all further strengthen Morgana. I look forward to seeing more from these talented filmmakers, and I expect the doc to make a splash in certain festival circuits.

Do you feel this content is inappropriate or infringes upon your rights? Click here to report it, or see our DMCA policy.
documentaryFantasia 2020Isabel PeppardJosie HessMorgana Muses