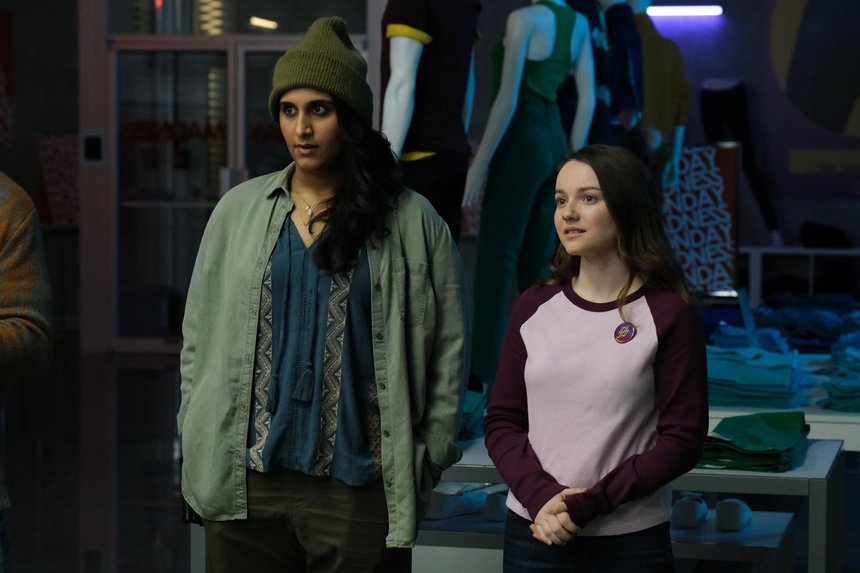 When you're a programmer and/or film critic, you often hear about films months, if not years, before they are finally unleashed upon the public. In the case of Slaxx, I've been following its progress since early 2018. Needless to say, I'm thrilled that it will finally have its world premiere next month at Fantasia's digital edition (though I hope we can all watch it on the big screen together, as a film like this warrants). Produced by The Horror Collective's parent company Entertainment Squad, directed by Elza Kephart, and co-written by Kephart and Patricia Gomez, the film is sure to be making the rounds on the genre festival circuit over the coming months.

Set in an ultra-trendy clothing store,one new young employee picked the wrong day to start her job, as a possessed pair of jeans starts killing the staff of this boutique, and not just because they're not cool enough for the attire. Yes, you read that right: a possessed pair of jeans. This might seem like just a gimmick, but trust me, the result is not only hilariously inventive, but has a good point to make about how much we invest, literally and figuratively, in our wardrobe.

The film stars Romaine Denis, Brett Donahue (Radius), Sehar Bhojani (The Handmaid's Tale) and Kenny Wong (Transplant), and will screen at Fantasia next month; in the meantime, check out the first trailer below.