Unnerving THOSE WHO DESERVE TO DIE Trailer Heralds Upcoming Release 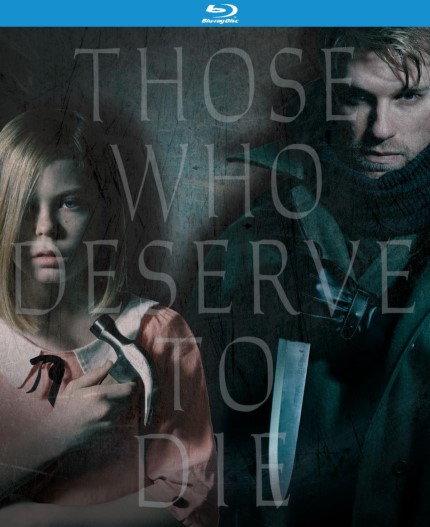 The trailer for upcoming indie horror thriller Those Who Deserve to Die becomes increasingly unnerving and unsettling as it plays.

At first, it appears to be a twist on the 'little girl gone evil' sub-genre. Then it becomes far more disturbing. Bret Wood directed, which may help to explain things; he has helmed several documentaries as well as the feature films Psychopathia Sexualis and The Unwanted.

Ahead of its release, here is the official synopsis:

"As their relationship intensifies, connections between the victims and the veteran emerge, and Margaret realizes she may have the power to both rescue Jonathan and halt the rising tide of death. Inspired by Thomas De Quincey's novella The Avenger, Those Who Deserve to Die is an elegy to heroism and justice in a time of CGI superheroes and political hopelessness."

The film will be available on Blu-ray, DVD and Digitally on KinoNow August 18, 2020. The physical editions will include a number of extras, such as deleted scenes, promotional videos, and Bret Wood's short thriller Security (2007)

Have a look at the trailer below. Note: you may need a moment afterward to collect yourself.

Do you feel this content is inappropriate or infringes upon your rights? Click here to report it, or see our DMCA policy.
Alice LewisBret WoodJoe SykesKino LorberKino NowLynn LowryRachel Frawley