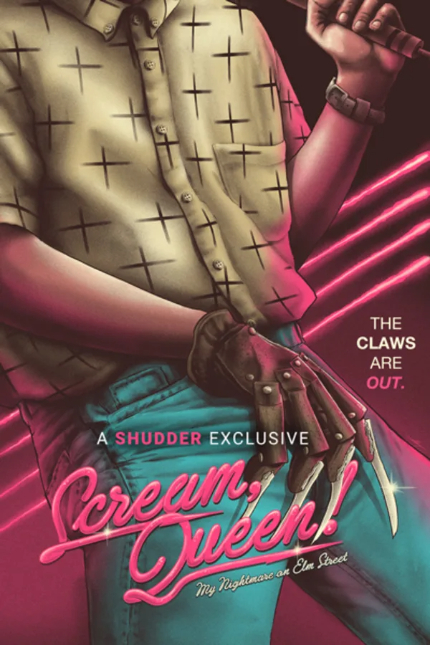 It's all fun and games until your life is changed forever.

Told with gutsy honesty, a new documentary rewinds the years to 1985 and explores what happened to an actor with the potential to be a star.

For non-horror fans, Mark Patton may have slipped from memory, or at best be remembered for his memorable starring role in A Nightmare on Elm Street 2: Freddy's Revenge, the first sequel to Wes Craven's horror classic A Nightmare on Elm Street. At the time, Patton was in the early stages of a promising acting career that met instant success soon after he moved to New York City.

Patton's performance in the original stage production of Come Back to the 5 & Dime, Jimmy Dean, Jimmy Dean led directly to his casting in Robert Altman's film adaptation, released in 1982. Patton landed the role in the Nightmare sequel without having seen Craven's film first, so he was surprised at the content, he says in the documentary, but eagerly jumped right in.

Production on the film, which featured a low budget and extensive use of practical effects, was a challenge in itself, but Patton felt he had handled everything well and given the best performance possible. The biggest challenges, however, lay ahead, after the film was released and soon became known as the 'gayest horror movie' ever.

As a closeted gay man, Patton felt buffeted by the stormy winds that soon rocked his career. Directed by Roman Chimienti and Tyler Jensen, up to this point the documentary has laid out Patton's career in a fairly traditional manner, mixing present-day interviews with archival photographs and videos.

But after the release of the film, Patton's honest assessment of what happened to him and how he reacted forms the basis of a frankly fascinating segment of the doc, exploring the details of his relationship with a loving partner and how Hollywood's straight domination stunted the careers of many queer entertainers. We also learn how the sequel's writer (David Chaskin) and director (Jack Sholder, The Hidden) view their own possible culpability for the firestorm that enveloped Patton.

Most of all, we gain insight into Mark Patton, an individual who bares his soul with a greater purpose in mind than furthering his own career. While the first half of the film is of special interest to fans, the second half of the film really brings home fundamental truths that are still being addressed in the film industry today.

Summing up: An essential document for all truth-seeking movie lovers.

Review originally published when the film enjoyed its world premiere at Fantastic Fest in Austin, Texas in September 2019. Now Streaming covers international and indie genre films and TV shows that are available on legal streaming services.

Do you feel this content is inappropriate or infringes upon your rights? Click here to report it, or see our DMCA policy.
A Nightmare on Elm StreetMark PattonRoman ChimientiShudderTyler Jensen

More about Scream Queen My Nightmare on Elm Street