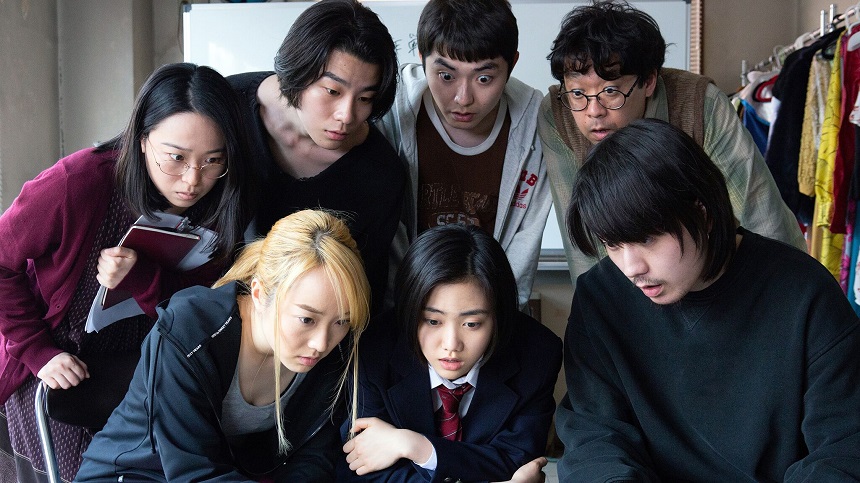 Film festivals large and small have been faced with the same challenge in this, the year of the pandemic: delay, cancel, or go virtual?

Based in New York City, and beloved home to North America's largest annual program of contemporary Japanese cinema, Japan Cuts has announced their decision to go virtual for their 14th edition. The festival has also announced their opening night film: Special Actors, a comedy from director Ueda Shinichiro (One Cut of the Dead).

The film is "a lot of fun, as long as you don't expect something, well, special," according to Stefan Schimek in his review for ScreenAnarchy. "If you're simply looking for two hours of quirky entertainment, Special Actors will most certainly win you over with its disarming enthusiasm and hilarious ideas." Mr. Schimek described the film as a crowd-pleaser that played well for a festival audience, which raises an essential question this year: how will it play on a smaller screen at home, possibly with only one or two people watching?

Like most comedies, your mileage may vary, I am sure. On the good-news side of things, Japan Cuts 2020 is preparing another familiar fest component: "A live virtual Q&A will be scheduled and hosted on the festival's opening day, July 17," with director Ueda Shinichiro. What about the festival as a whole? Per their official release:

"Set for July 17-30, the online edition of the festival will offer a diverse slate of around 30 feature films and shorts programs on a VOD model, with a limited number of virtual tickets and access geoblocked to the U.S. Recurring thematic festival sections such as Documentary Focus and Experimental Spotlight will return, and a new competitive section dedicated to early-career independent filmmakers will be introduced.

"In addition, live and pre-recorded virtual Q&As, discussion panels, and video greetings from filmmakers and programmers will round out the dynamic and interactive program."

Thus, for those of us who do not live in New York City, a wealth of possible cinematic riches await, all for the cost of a virtual ticket and U.S. residence. No traveling required! More details are available at the official Japan Cuts site.

Do you feel this content is inappropriate or infringes upon your rights? Click here to report it, or see our DMCA policy.
film festivalJapan CutsJapan Cuts 2020Ueda Shinichiro