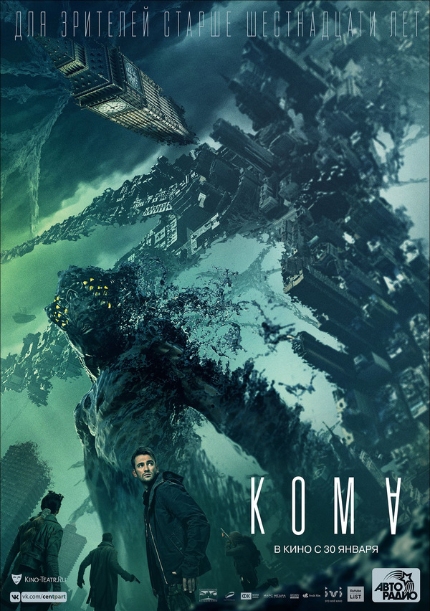 Really, I don't know what's going on in the trailer for Coma (here titled Estado Coma for its release in Latin American territories), coming via Bf Distribution, but I like it.

It looks like someone took a few different video games, ripped out all the logic of the movements, and then translated it into a brand new language. The dialogue can be heard in English, though it has Spanish sub-titles and the film itself evidently hails from Russia.

Per IMDb: "After a mysterious accident a young architect comes back to his senses in a very odd world. He must find out the exact laws and regulations of it as he fights for his life and keeps on looking for the exit to the real world."

It looks the film may have gained limited release before the global pandemic set in earlier this year, so perhaps we'll hear more as time goes along. For now, it's a fun, trippy thing to spend a few minutes watching.

Do you feel this content is inappropriate or infringes upon your rights? Click here to report it, or see our DMCA policy.
Anton PampushnyyLyubov AksyonovaNikita ArgunovRinal Mukhametov