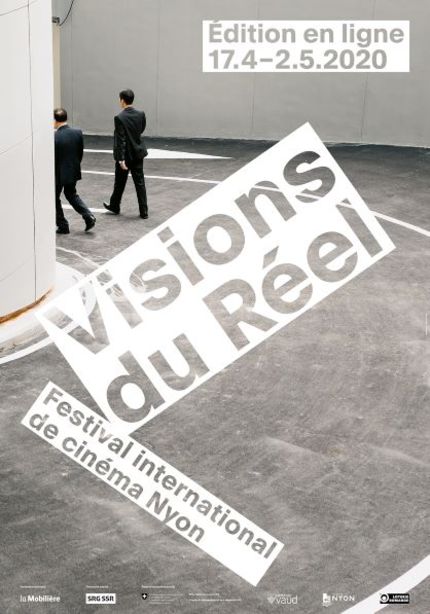 As international film festivals get disrupted by the pandemic outbreak and prevention measures, some of them opt to hold the planned edition during their original dates, but online. The latest to join those ranks is the Swiss documentary film festival Vision du Réel, held usually in Nyon. The organizers decided to move forward with the prepared 51st edition online and free of charge.

"Visions du Réel 2020 will not take place at the Place du Réel, in the cinemas, in the tent and in the bar, in Nyon. But it will resolutely be held on the Internet, in almost all its generous diversity, and will visit the spectators at home, further expanding the possible territories," said the festival director Émilie Bujès.

The majority of the original programming will be accessible online across several platforms. The organizers say that about 98% of the titles will be included, from the Feature Film Competition, International Burning Lights Competition, International Medium Length and Short Film Competition and Opening Scenes, with short-form interviews with directors and online masterclasses. The number of viewers per one film is limited to 500.

The guest of honor for the 51st edition is Claire Denis, whose planned masterclass will unfold online along masterclasses by Petra Costa and Peter Mettler. The International Feature Film Competition will introduce in world premieres Markkus Lehmuskallio´s film Anerca, Breath of Life, an ethnography inspired by singing, dancing from "nomad communities mistreated by history"; Amin Behroozzadeh, who examines the mechanisms of capitalism through industrial-scale fishing in Fish Eye; a docu-pic abut the biggest off-road motorsport race The Baja 1000 in José Permar's Off the Road; and Etyan Ipeker's film The Pageant, revolving around a beauty contest for Holocaust survivors.

The 51st edition of Visions du Réel will be online from April 17 until May 2 on the festival's webpage.

Do you feel this content is inappropriate or infringes upon your rights? Click here to report it, or see our DMCA policy.
documentaryfilm festivalsSwitzerlandvisions du reel 2020