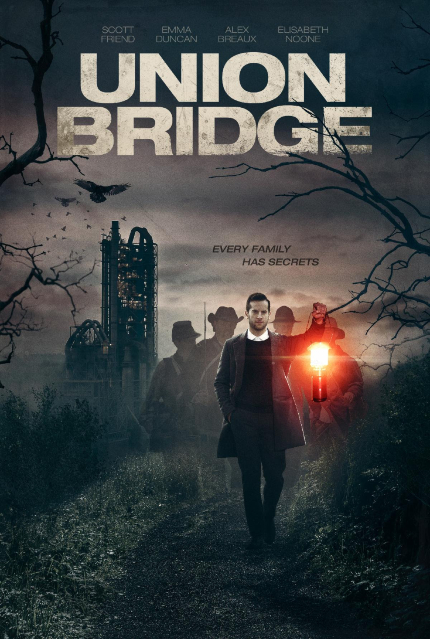 The mood builds slowly but steadily in the first trailer for Union Bridge, self-described as a "southern gothic thriller."

Written and directed by Brian Levin in his feature debut, Union Bridge appears to stoke its fires slowly. Its hero, Will Shipe, is "the scion of a powerful family living near the Mason Dixon line, as he moves back home after years in the city," per the official verbiage. What does he find when he returns?

"His old friend Nick, who still lives in town, is feverishly digging in the land because of a vision he can't escape. What is buried in this small town and the events around it has repercussions that effect many people. Most of all, Will Shipe, and the past and future of his legacy."

That description is rather elusive and so is the trailer. I haven't seen the film so I don't know if it builds on that premise or is buried by it, but I very much like the low-key mood, which promises to keep developing as the narrative moves through an atmosphere thick with menace (if that's the right word for what I'm seeing).

Led by Scott Friend and Emma Duncan, the cast includes Alex Breaux, Elisabeth Noone, Bobby J. Brown, Lateicia Ford, Kevin Murray, and Nancy Linden. Breaking Glass Pictures will open Union Bridge on DVD and VOD platforms May 19. (If any Los Angeles theaters are open, it will debut theatrically a few days before.)

Soak in the atmosphere in the trailer below.