This July Is Heating Up At Arrow Video With INFERNO OF TORTURE, BLOODSTONE, ZOMBIE FOR SALE, & BLACK RAINBOW

Arrow Video has cooked up one hell of a treat for cult movie fans this July with a quartet of impressive looking releases for some highly sought after films, and in this case, collectors from all of Arrow's territories can join in the fun.

All four of these releases are being released in the US, Canada, and the UK, which is very exciting as that isn't always the case. July's collection spans the globe and a number of genres, meaning that there is sure to be something for everyone. First up is a notorious ero-guro shocker from exploitation legend, Ishii Teruo, Inferno of Torture (Hell's Tattooers); next we have Superstar Rajinikanth in his only English language film production, the Nico Mastorakis produced adventure, Bloodstone; then, a recent festival hit, Lee Min-jae's novel zombie comedy, Zombie For Sale (The Odd Family: Zombie on Sale), and finally Mike Hodges' supernatural occult thriller, Black Rainbow.

Check out the gallery below for artwork and details, which this month includes a few pieces from a couple of your favorite Anarchists, me (naturally), and Pierce Conran! Pre-order links are available in each slide, collect them all! 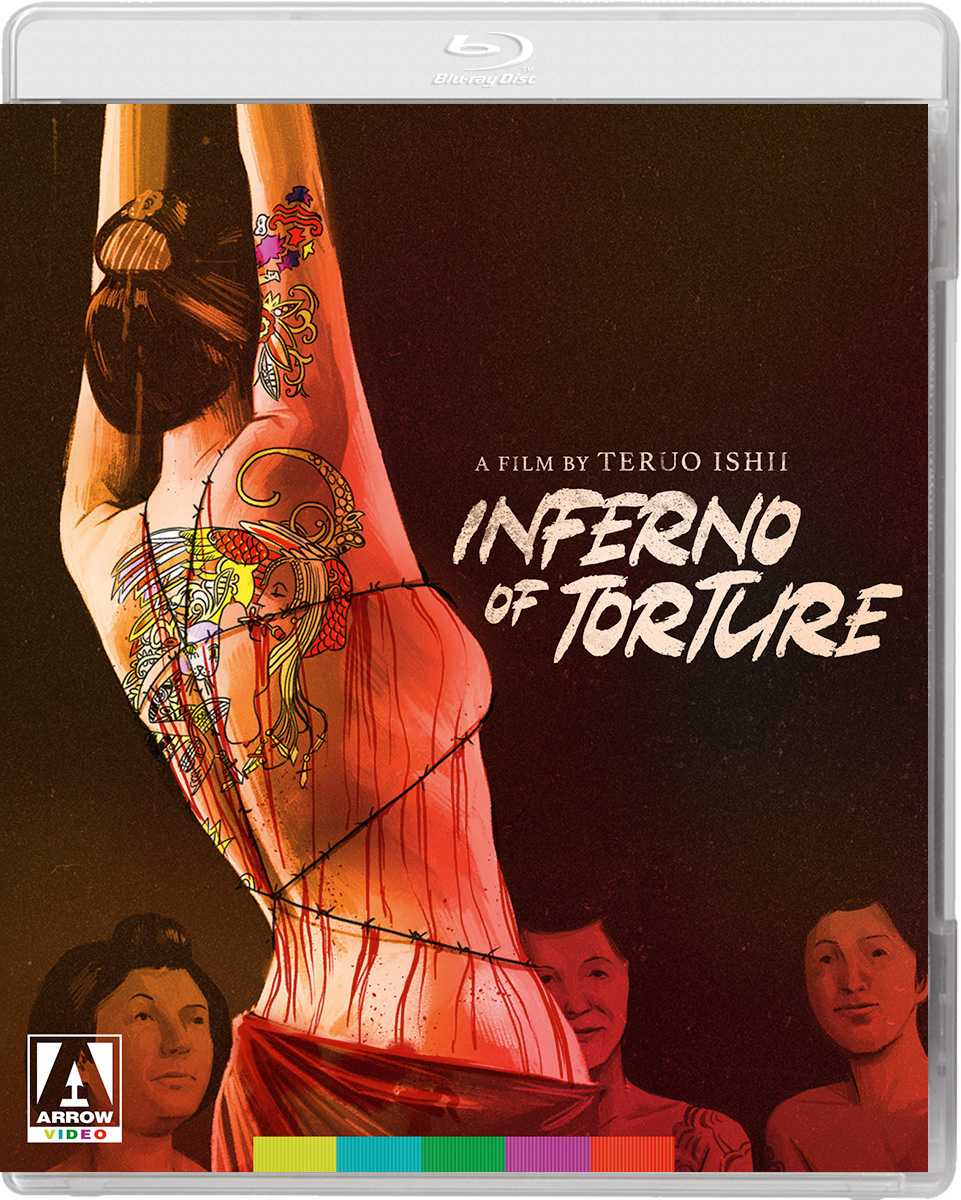 Unable to repay a local lender, Yumi (Yumika Katayama) takes up an offer to serve as a geisha for two years with a promise of freedom once her debt is repaid. She quickly realises that this is less a house of geishas than an extremely cruel brothel specialising in supplying western visitors with tattooed playthings. Taken under the wing of one of the leading tattoo artists vying for a coveted spot in the Shogun's good graces through his work, Yumi's body becomes a battleground as a rival artist becomes determined not to lose his spot at the top. When the madam, Otatsu (Mieko Fujimoto) trains her eye on the blossoming relationship between the benevolent artist Horihide (Teruo Yoshida) and his model, she makes sure than her stay is less than hospitable, inspiring the torturous inferno of the title.

Pre-order Inferno of Torture at DiabolikDVD 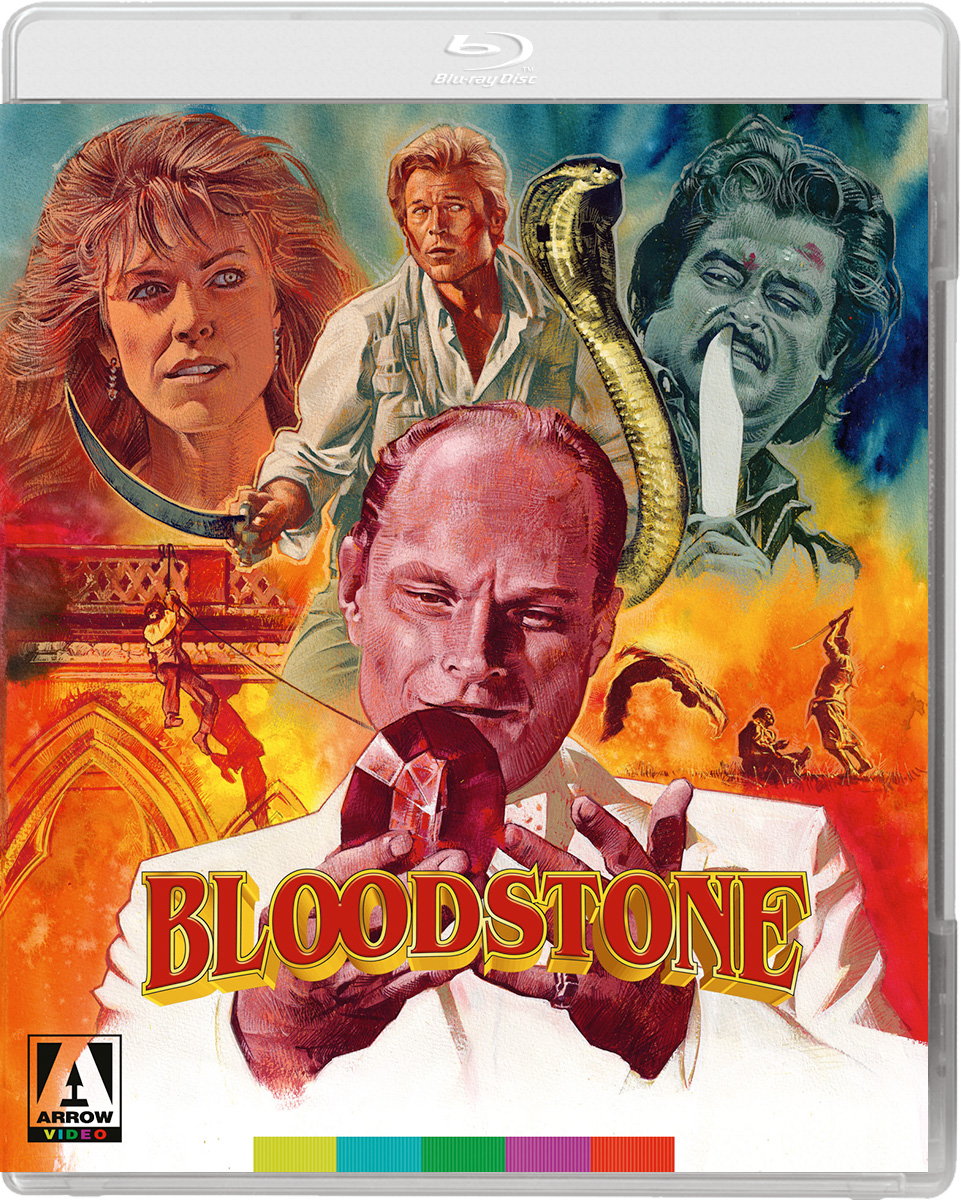 A man of action who can fight with the best of them and a cab driver who would give the Transporter a run for his money, pair up to save a young girl from the clutches of an evil criminal magnate in the exciting adventure thrill-ride Bloodstone!

The Bloodstone, a priceless stolen ruby, accidentally ends up in the possession of American newlyweds Sandy (Brett Stimely, Cannibal Women in the Avocado Jungle of Death) and Stephanie (Anna Nicholas, Remington Steele). Now, their honeymoon in India is interrupted as they become the target of international fence Van Hoeven (Christopher Neame, The Prestige) and his evil henchmen. When Van Hoeven kidnaps Stephanie and ransoms her for the jewel, Sandy joins forces with cabby and dormant stunt-driver Shyam Sabu (Rajinikanth, 2.0) to rescue his young bride.

Co-written and produced by genre film luminary Nico Mastorakis (Island of Death, The Wind) and featuring a stellar performance by legendary Tamil superstar Rajinikanth in his first English-language role, Bloodstone is an action-packed romp full of thrills, kick-ass one liners and venomous cobras!

- Optional English subtitles for the deaf and hard of hearing 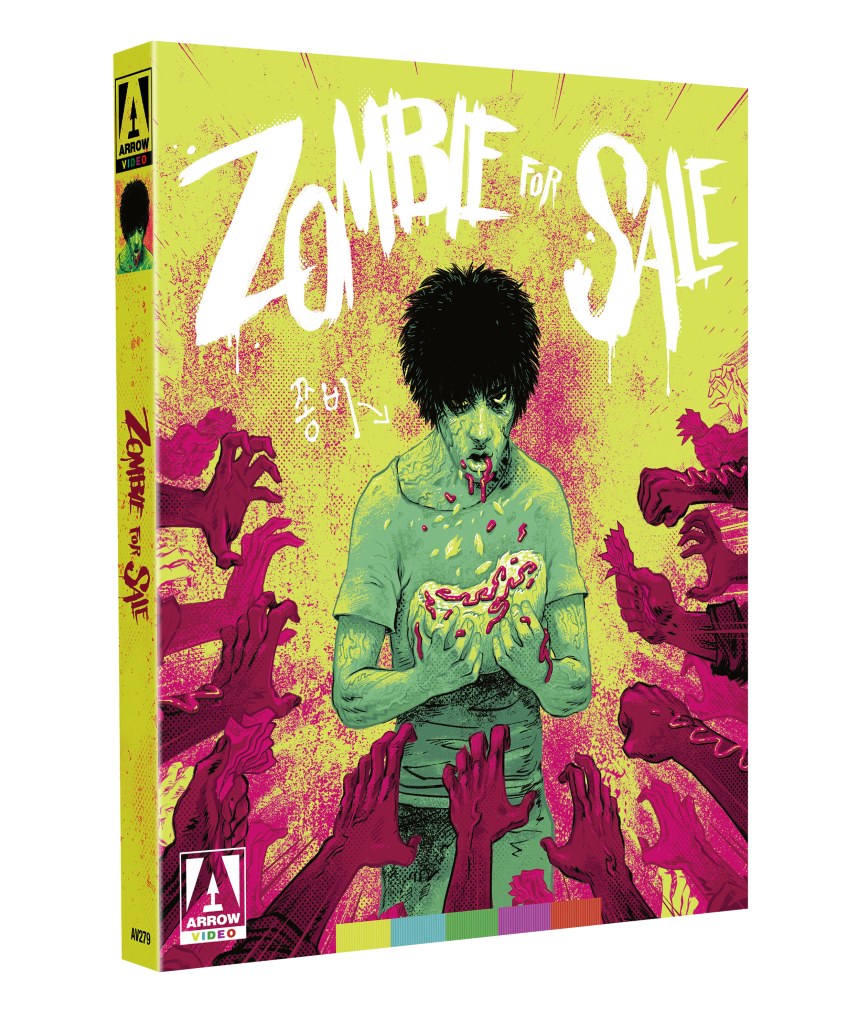 An infectiously funny slice of modern Korean cinema where Train to Busan, The Quiet Family and Warm Bodies collide to create a memorable rom-zom-com from first time director Lee Min-jae. When the illegal human experiments of Korea’s biggest Pharmaceutical company go wrong, one of their “undead” test subjects escapes and ends up in a shabby gas station owned by the Park family – a band of misfits spanning three generations who hustle passers-by to make ends meet. When the Park family uncover their undead visitor, he bites the head of their household, who instead of transforming into an undead ghoul becomes revitalised and full of life! The family then hatch a plan to exploit this unexpected fountain of youth, allowing locals to pay to be bitten too, until things go wrong… With a cabbage-munching zombie who prefers ketchup over blood, and a dysfunctional family that gives the Kim family of Parasite a run for their money, Zombie for Sale will warm the deadest of hearts and breathe some new life into the zombie genre.

- Q&A with director Lee Min-jae from a 2019 screening at Asian Pop-Up Cinema in Chicago, moderated by film critic and author Darcy Paquet

Pre-order Zombie For Sale at DiabolikDVD 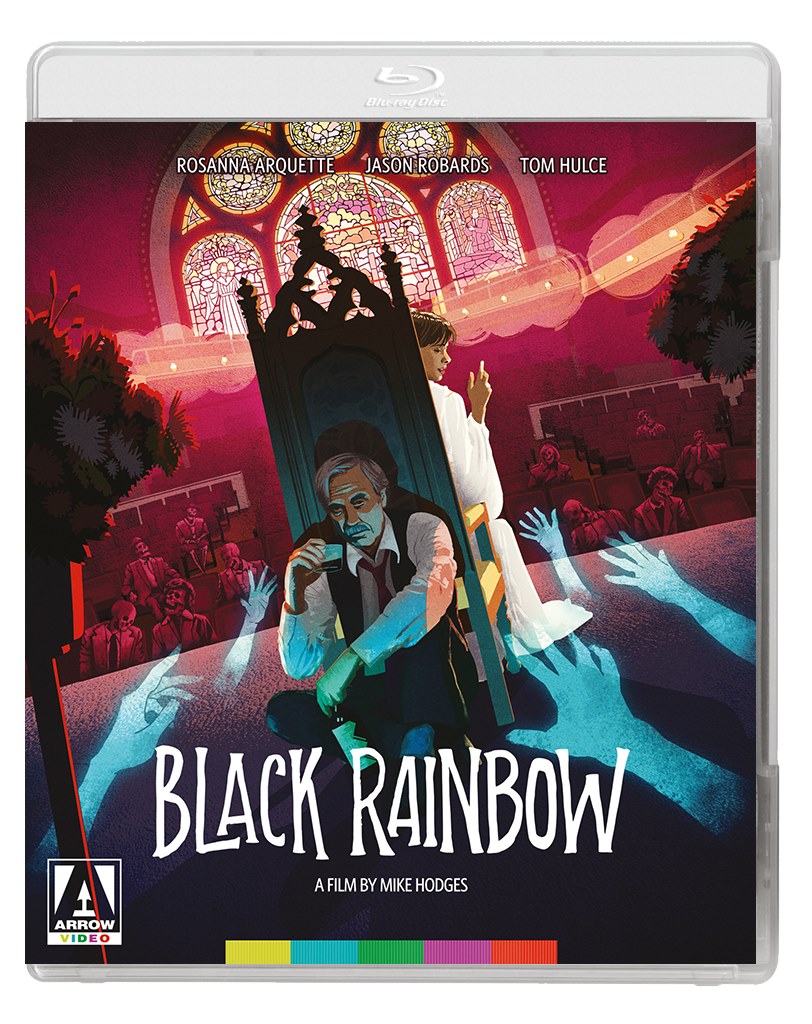 Mike Hodges (Flash Gordon, Get Carter) wrote and directed this supernatural chiller as a meditation on the human race’s ability to destroy the world, a gothic tale of suspense and the occult, guaranteed to send shivers down your spine.

Martha Travis (Rosanna Arquette, Pulp Fiction, Crash) is a travelling clairvoyant on the road with her sceptic father (Jason Robards, Once Upon a Time in the West, Magnolia). During a séance Martha communicates a message from a dead man to his wife in the audience. Shocked the wife insists her husband is still alive. Later that evening the husband is killed by a ruthless assassin. As Martha foresees more and more tragic events journalist Gary Wallace (Tom Hulce, Amadeus, Animal House) follows the pair in pursuit of a hot story… with catastrophically eerie results.

Sent direct-to-video by its struggling distributor on initial release, Black Rainbow unfairly never got the exposure it deserved, newly restored from the original negative audiences can now discover the darkness at the end of the rainbow, as never before.

- Message in a Bottle: Archival ‘Making of’ documentary