Now Streaming: TIGERTAIL, Looking Back and Into the Future 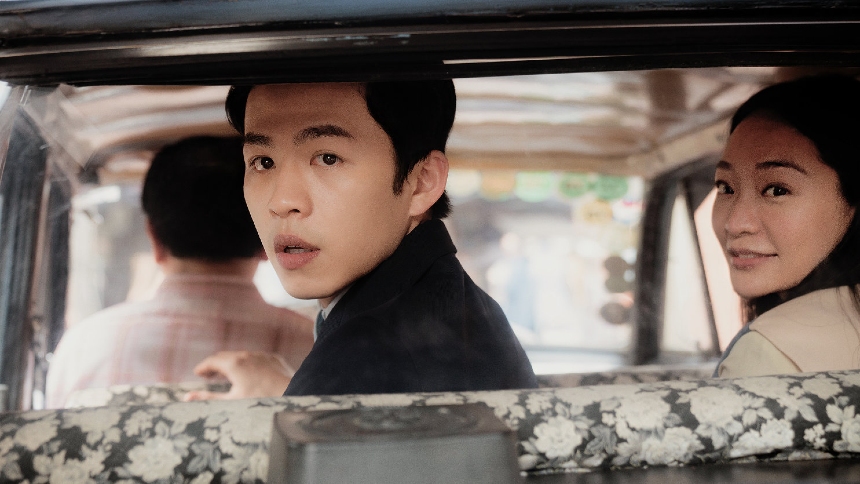 Where did it all go wrong?

Regrets tend to accumulate as the years advance.

A young boy and a young girl meet in rural Taiwan and become friends during a year that only looks carefree. In truth, young Pin-Jui * is living with his grandparents after his father died and his mother became overwhelmed with brutally long working conditions at a factory. His friendship with young Yuan provides solace and comfort.

In his teen years, Pin-Jui (Lee Hong-Chi) moves back with his mother and begins working at the factory too. Yuan (Fang Yo-Hsing) moves back to the city, too, and the childhood friends reunite. Blithely ignoring the class and economic conditions that separate their families, their relationship quickly ignites into romance.

One day, Pin-Jui's desire to pursue his future in America becomes known to the factory's owner, who wants to find a reliable husband for his daughter Zhenzen (Li Kunjue) and is willing to finance a move to America, if they marry. What will Pin-Jui do?

Alan Yang makes his feature debut as a writer, producer, and director with the film, which is beautifully photographed by Nigel Bluck (The Peanut Butter Falcon, True Detective) and features evocative production design by Amy Williams. Yang's credits include Parks and Recreation, The Good Place, and Forever, but he's best known at this point for Master of None, which mixed comedy and drama to unexpected effect.

In Tigertail, Yang establishes a measured tempo as Pin-Jui (Tzi Ma), now in advanced years, looks back on his younger days from the perspective of a man who is reaping what he has sown. Primarily, this is explored through his relationship with his daughter, Angela (Christine Ko), who is also facing a turning point in her life.

Both Tzi Ma and Christine Ko are extraordinary in their grasp of their conflicted characters. They have both been chewed up and torn apart by decisions they have made, which have been largely influenced, if not dictated entirely, by decisions made by the previous generation.

Still, the decisions we make are our own responsibility. The burden of past mistakes can become quite heavy and oppressive, but what can we do about it? What will Pin-Jui do? What will Angela do? These are the questions that inform Tigertail, which deals with them in a bittersweet, poignant, and sensitive manner that feels very adult for these troubling, tumultuous times.

* Updated 4/15: To correct the lead character's name, throughout.

Do you feel this content is inappropriate or infringes upon your rights? Click here to report it, or see our DMCA policy.
Alan YangChristine KoHayden SzetoJoan ChenLee Hong-ChiTzi Ma