Trailer: BUTT BOY, A Hard-Boiled Detective Story About A Man With A Killer Butt 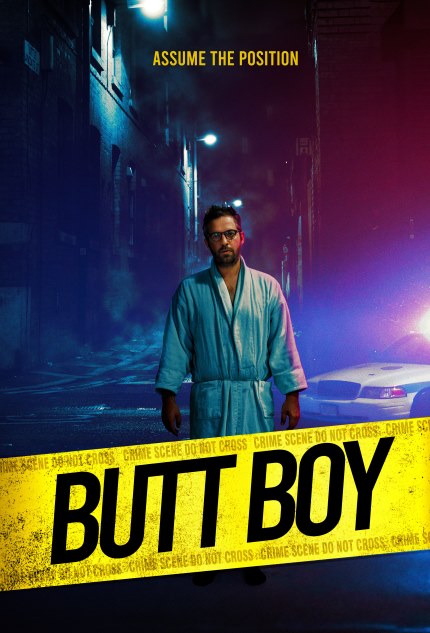 There's not much I can say that will prepare you for the bizarre ride that is Butt Boy.

Part hard-boiled detective story about a recovering alcoholic cop trying to get his life back in order, part surreal journey into the absurd when a man discovers a rather unique power after his first prostate exam, Butt Boy is never what you expect it to be. The film had its world premiere at Fantastic Fest last September, where I had the chance to see it and was simultaneously confused and amused by its aggressive weirdness.

It's a tough film to describe without giving away too much, but this synopsis should give you an idea:

Chip Gutchel (Cornack), a bored IT Engineer, has an awakening after a routine prostate exam. What starts as a harmless rectal kink, soon grows into a dangerous addiction as he becomes responsible for a missing child. Chip eventually buries his desires in Alcoholics Anonymous and tries to move on with his life.

Years later, he becomes the sponsor of Russell Fox (Tyler Rice), a newly sober detective. After Chip relapses, Russell is brought in to investigate another missing child at Chip’s office. Russell begins to suspect that Chip’s addiction may not be to alcohol, but something much more sinister. It’s up to Russell now to prove that Chip uses his butt to make people disappear. But who’s going to believe his wild theory?

Suffice it to say, you've never seen anything quite like Butt Boy, for better or for worse.

Writer/director/star Tyler Cornack's debut feature was just picked up by Epic Pictures, who are planning a limited theatrical release on April 3rd, followed by VOD on April 14th, and DVD/Blu-ray on April 28th. Check out the trailer below, but just know, it's fucking weird.

Don't say I didn't warn you.