Miami 2020 Review: WHITE LIE, The Finer Details of the Con 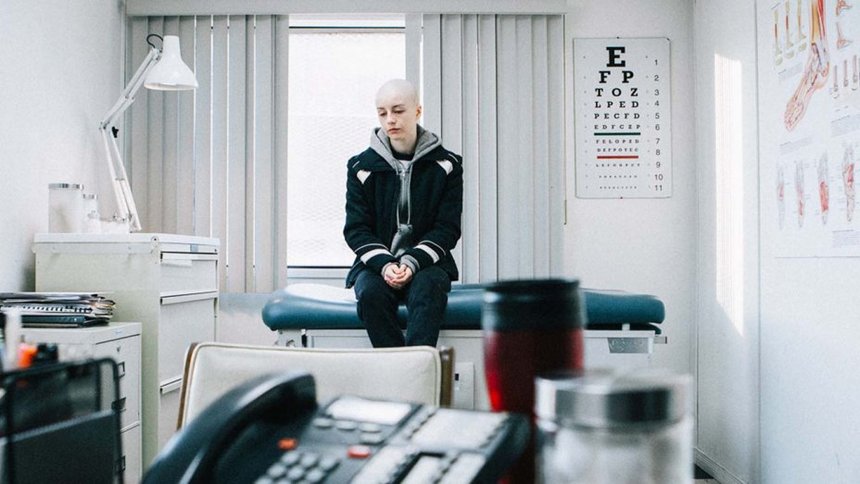 Everyone wants to be loved. Many people also want attention and love from strangers. In our social media age that gives us access to strangers around the world, the allure of the like, the retweet, the reply, can be irresistable. The validation that can with strangers' support can be intoxicating; so can their money. In White Lie, writing-directing team Yonah Lewis and Cavin Thomas bring a story of a young woman whose entrancement with that fame and love has caused her to do dangerous and illegal things, which are quickly coming to a head with a vengeance.

Katie (Kacey Rohl) is a university student in Hamilton, Ontario; she studies dance, has a wonderful girlfriend in Jennifer, and to all the world, she presents herself as having cancer. Claiming to be eligible for an experimental treatment in Seattle, she and her friends have raised over $20,000, and are putting on a benefit dance performance. Her image is on posters, in magazines, and she frequently posts on social media.

Except it's all a lie; first, the only person who knows is a guy who supplies her with fake prescription drug bottles. But now, she needs $2000 for fake medical records, and this starts a spiral as her lies and stories unravel, leading people on by one to question Katie's honesty. Her father confronts her, leading to public exposure that puts everything it works for at risk.

Her deception is revealed to the audience very quickly, as well as all the hoops she must jump through to keep the lie going. It makes for some interesting thriller action, as Katie constantly must think on her feet, figure out exactly what to say to get what she needs, without tipping her hand. Against the wintery backdrop of Hamilton, in a season in which most sensible people would wear a hat except Katie constantly shows her bald head (which she shaves regularly to keep up the chemo-ravaged-body image, in addition to barely eating). She is relatable in a weird way, in that she is both extremely smart in how well she can think on her feet, but she also neglects to research key details that would make her story plausible.

Trust, but verify: this is something we all should do. And yet, in our social media age, we are quick to praise, and even quicker to tear down. No one would want to believe that a friend or loved one would lie about something so terrible, yet Munchausen syndrome is a recognized disease, and scammers do exist. Whether Katie is one of the two or a combination is never made exactly clear; all we know of her past (and why her father doesn't believe she is sick) is that, after her mother's suicide, she pretended to be sick to get out of school (not a wholly unreasonable reaction to a traumatic event).

Katie is not presented as wholly sympathetic nor completely a monster. Yes, she is lying and scamming people out of money, but it isn't a fortune, and that money goes to either her basic survival (rent etc) or keeping up her deception. Rohl knows exactly when to let the audience see the wheels turning, and when to get us almost convinced that she might actually be telling the truth. Not that this is excused; she most directly hurts Jennifer, who gives her thousands of dollars, but also anyone who helps her. So what does she, or anyone get, out of a scam such as this, if becoming rich is not the main goal? Knowing more about her before she faked the illness might have given the film a better nuance and understanding of Katie's motivation.

White Lie walks a jaded but straight line as Katie' world inevitably crumbles, even in a final scene when she doesn't even realize that the jig is up. With a terrific central performance, it's enough to make you question your own self and how you present a truth (or a lie) to world, and what you yourself might do to keep the world in your embrace.