Rithy Panh curates a gruesome history lesson in an attempt to avert macabre history repeating itself in his latest documentary. 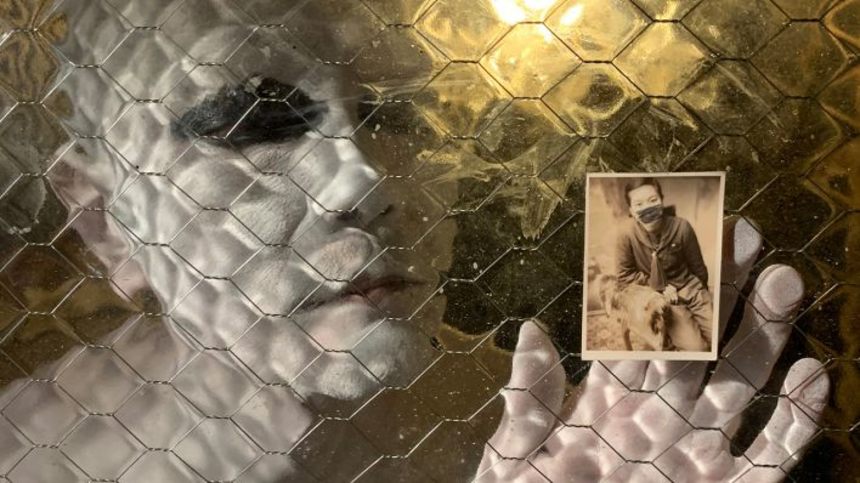 A documentary screening in the main competition of one of the biggest film festivals is still an anomaly. Cambodian artist Rithy Panh turned out to be such an anomaly in the 2020 Berlinale competition with his latest provocative and thoughtful docu-pic verging towards videoart, Irradiated. The artist-director, along Agnès Sénémaud and Christophe Bataille, tackles the genocides of the 20th century in a supercut found footage oeuvre detailing the worst mankind has to offer.

Defying conventions of documentary formalism, the entirety of Irradiated unfolds as a triptych -- the screen being divided into three vertical planes. Panh employs the canvas to triple the emphasis of gruesome imagery or to combine different scenes making allusions to different meanings via immediate juxtaposition. Not that such a tool should be necessary as Panh assembles the highlight reel of man-made and man-fabricated atrocities upon his kind, the explicit archival footage is overwhelming as it is.

Yet Irradiated is not solely a shock-your-senses-treatment as philosophical musings and poetry counter the variety of ways to disintegrate the human body. Images of mass graves are replaced by soothing scenes of dance performances in the tradition of Japanese Buto offering the gentle side and depth of the savage beast that dropped bombs on Hiroshima or napalmed innocent civilians in previous scenes. Irradiated is certainly an intense watching experience, hard to stomach even unbearable for some part of the audience. And there is no other way it could ever be. Panh cuts through the long-sustained anesthesia. 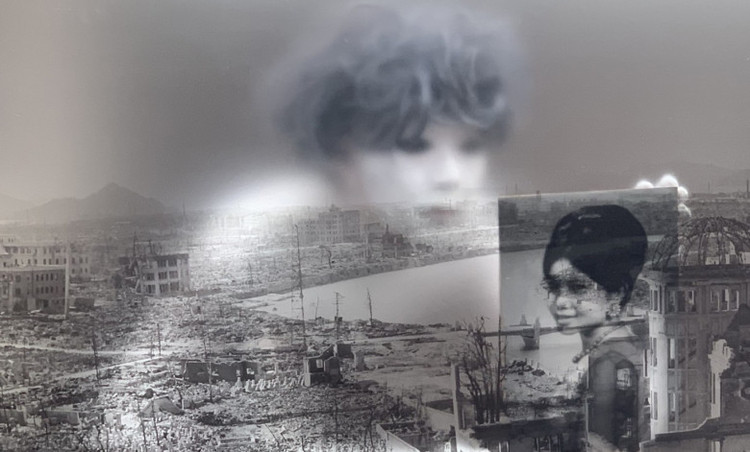 The film is not as much a mirror as it is a history lesson for collective and self-induced amnesia. The sheer number of Holocaust-deniers raises the reddest flag and triggers the vault-openings of archives to brandish undeniable proofs and testimonials.

Romanian filmmaker Radu Jude resorted to the same approach when he inserted photos documenting the consequences of "trains of death" in Romania in The Exit of Trains, a 175-minute requiem for just a fragment of victims, that screened in Berlinale´s Forum sidebar. Germans, helped by complicit Romanians, dutifully cataloged the systematic annihilation of Romanian Jews, materials that certain institutions did not that happily share from their power-clutch as Jude revealed.

Panh remains a tireless chronicler of the genocide perpetrated by the Khmer Rouge in Cambodia from the 1970s, which is included in Irradiated, warning the history repeats itself. He said "The language of world leaders today sounds just like Fascism," in 2018 when his film Graves Without A Name became Cambodia´s contender in the Oscars race. He extends the frame regional frame in Irradiated to global scope as extreme violence does not know any borders.

Rithy Panh´s harrowing endeavor does not make differences between race, religion, gender, age or nationalities in a giant inclusive sweep documenting the bestialities of the past. Irradiated avoids singling out one nation or one race being subjected to the torment. Starting with events and the fallout of Hiroshima and Nagasaki tragedies, the film continues confronting the audience with the horrors of the death camp of Auschwitz, killing fields of Cambodia, Vietnam´s napalmkrieg, repulsive and inhuman medical experiments. All atrocities, even regional or less pondered, afflicted on mass-scale are curated into the history lesson painfully reminding of the breadth of violence.

Needless to say, Irradiated progresses from symbols and metaphors of tragedies and wars in the form of mushroom clouds or death camp barracks, the generally well-known macabre iconography, to painful and callous explicit imagery depicting no mercy, remorse or respect for other humans, children or adults. At several moments, Panh boosts up the intensity of shock-level inserting the worst the archives harbored offering sickness and perversity nations were capable of carrying out. The decision to include these scenes balances on the boundary of ethical principles.

However, the walkouts did not accumulate voluminously despite the piercing morbid gaze. And it is not hard to find a justification why the audience should be exposed to such a footage. Irradiated is an important wake-up call in the times when peace in some countries might have numbed the collective consciousness especially where groups alt-right or extremists whether national or religious are calling for authoritarian or totalitarian rule. The director orchestrates a remembrance, a memento of how easy the things can get out of hand leading to a gruesome outcome.

Adopting a hybrid form, Irradiated merges found and archival footage with poetical zen-like insertion shot for the documentary´s purpose as a way to cope with distress the imagery may invoke. Buto performances soothe the jarring testimonies from the historic memory. It is also a way of how to include a sliver of hope as the civilization continued despite the genocides of the 20th century. Besides the central topic of mass-scale extreme violence and annihilation, the super-cut does not contemplate solely the topics of evil and consequences of genocides.

Irradiated carries meta-textual nature by virtue of its origin and references to the notion (and the role) of cinema as prosthetic memory even though that may not be the motivation why the footage was created in the first place. The history, traumas and legacy can be reflected, reassessed, reconstructed through (documentary or reality) images from the 20th century bearing powerful, more engaging and direct impact on the audience than literature or poetry. Furthermore, the film remains self-referential in regard to cinema as Panh´s includes visual paraphrasing or quoting to existing films as his latest oeuvre is not that straightforward gravitating towards more Godardian motifs and moments.

Do you feel this content is inappropriate or infringes upon your rights? Click here to report it, or see our DMCA policy.
Berlin 2020Berlinale 2020Rithy PanhChristophe BatailleAgnès SénémaudAndré WilmsRebecca MarderBionDocumentary