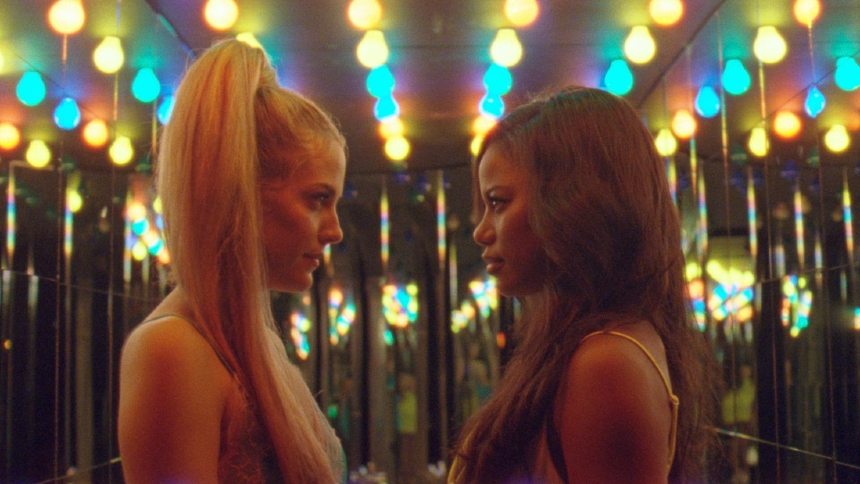 Long before the invention of the printing press, storytelling existed solely as spoken folklore, delivered through the medium of aural history.

The quintessential example is the work of Greek author Homer, whose poems, The Iliad and The Odyssey, were memorized and passed down through generations via verbal recounting. How much of that story was still Homer’s by the time of its eventual transcription is a subject of inconclusive controversy, and while it is indeed an interesting can of worms, it pales in comparison to the beauty of the fact that a tale was crafted so powerfully it would not only stand the test of its time, but all subsequent ages.

Presently, on the other end of time and space, we have Aziah “Zola” Wells’ Hoe-Trip to Florida, first told through the millennial medium of Twitter and recently adapted into the ever-so-slightly less modern medium of cinema, which is just over a century young. Aziah “Zola” Wells’ first tweet of the infamous thread known as #TheStory, her ‘come gather 'round people wherever you roam’ rally to her followers, included a picture of herself seductively posing alongside a former friend/stripper/prostitute/grifter named Jessica Rae Swiatkowski and read, “Y’all wanna hear a story about why me & this bitch here fell out?????”.

The 148-tweets long story of how Aziah would become drawn into this luridly skeezy ordeal by her supposed new friend, Jess is one best-not-spoiled in capsule summary form. While the medium isn’t the message per se, it has everything to do with the art of storytelling, a craft which Ms. Wells’ mastered in her recounting one fateful night under the handle of @Zola. Aziah, whose story is both shockingly entertaining and deeply unsettling, a complicated duality that she managed to put across with winning humor, proved overnight to be a captivating voice.

Just shy of five years later, we now have Janicza Bravo and co-writer Jeremy O Harris’s Zola: the movie, a cinematic adaptation of #TheStory that gloriously weaves all the jaw-dropping events with all the she-said/bitch-said nuances of the “mostly-true” saga onto celluloid, while sustaining and enunciating the charisma of its storyteller with honor and awe. The film doubles down on Wells’ storytelling flourishes, enjoying a style that takes liberties with its medium allowing permission for its own original offerings of biting humor and sobering thematic provocations.

Once upon a time in Hooters, Michigan, young Zola the waitress meets Jessica the stripper (along with her sugar daddy) and the two strike up the charming insta-hoe bond that would set this bizarre and thoroughly American true crime urban legend into motion. With a winking respect paid to the ghosts of American cinema, Bravo begins her piquant telling with a doo-wop innocence satirically reminiscent of the Scorcesian flashback to simpler days of ignorance of all about to transpire. Hoe meets hoe (though one young lady’s tag proves more figurative than the other’s), a spark ignites a friendship, and a spring break hoe-trip to Tampa is arranged wherein the two women stand to earn quite an income for their stripping services.

Cruising down the I-75 freeway south across the country toward paradisiacal climes, 15 years into earth’s twenty-first century, the rag-tag band of early twenty-somethings bask in their generation’s music, their social declarations of fabulosity, and their liberty. With a tragically chumpy boyfriend and not-so-secret pimp in tow, Zola and Jessica exercise their god-given freedoms to seek their own slices of the American dream however they choose, but in doing so, fall down a Floridian rabbit hole of sordid circumstances and escalatingly awful peripheral byproducts of the flesh industry.

Taylour Paige as Zola has a captivating sucker-free charm as the ‘straight man’ lost in a sea of sex-trade absurdity, leading a spotless cast that includes a hilarious Riley Keough as Stefani, a storied version of Jessica, Colman Domingo, Nicholas Braun, and a depressing array of abject johns.

It’s a modern, distinctly American, cautionary shit show about youth, shade, and misplaced trust that to watch fall, from rain to downpour to downright disturbing, is a complicated joy of auteur storytelling. The finest stories are the ones that challenge as well as entertain and Zola is a work brimming with authorial personality that thoughtfully toes the line between comically absurd and dark as fuck, inciting hearty laughs before seamlessly transitioning to material far less than a laughing matter.

Ultimately, Zola is a thread/fable/film about a very real evil that permeates the sex industry, the bleakness of which provides the material with an urgency that stoically looms over the outrageous proceedings and renders the particulars of its “true story” irrelevant. Yet the film is so much more than the best-P.S.A.-ever. Zola is a scintillating and timely narrative about narrative in the twenty-first century and one as historically vital today as it's sure to be in the ages to come.