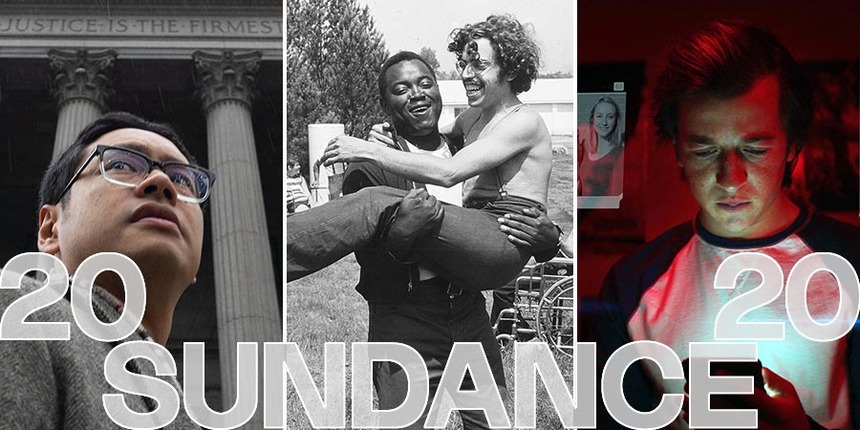 Sundance has increasingly become a very important place for documentary filmmakers to launch their movies -- and not just for the typical dice roll of a big money acquisition. With big players like Netflix and Amazon seeing the benefits from releasing films that compete in traditionally less headline-grabbing awards categories such as Best Documentary and International Feature, the race for these awards is beginning earlier than ever before. In order for a documentary feature to compete, ample runway to build buzz and an effective campaign is crucial. Considering Sundance's prestige coupled with its January time slot over a year before the Oscars, this festival is the perfect place to start building steam.

Three of 2020's five Oscar-nominated documentaries premiered at Sundance 2019 and a whopping 12 of the 15 shortlisted docs either world premiered or played there after premiering even earlier. Considering the unrelenting quality of the documentaries on display at the 2020 edition of the festival, there is no reason to believe this trend won't continue. While it's impossible to see all the potential contenders at one festival, we've endeavored to shine a light on a few of the standout documentaries we were able to catch at this year's fest that we might be talking about come awards season a year from now. 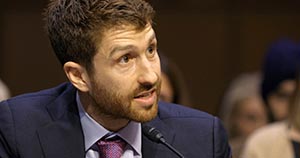 Documentary director Jeff Orlowski has sounded the environmental alarm with his previous two features Chasing Ice and Chasing Coral. His latest The Social Dilemma sends off a different kind of urgent notification. This brilliant film looks at the ills to our society that social media hath wrought. Through interviews with such tech pioneers as the guy who invented infinite scroll and the dude who brought us the like button, Orlowski lets the facts come straight from the horses' mouths. It's not that there was some giant plot to create disinformation machines, but when algorithms are tuned to maximize our attention for company profits, the result is a world where society's ills are magnified to terrifying extremes. Orlowski backs this up with some interestingly created dramatizations (starring Vincent Kartheiser, Kara Hayward, and others) and some of the most artfully shot talking heads of any documentary ever. While it's possible for the subject matter to scare you shitless, the real victory is an overwhelming sense of empowerment that you take away from this triumphant film, due in no small part to the freedom fighter at the film's heart, Center for Humane Technology director Tristan Harris.

Also capitalizing on the glory of small victories in the face of seemingly insurmountable challenges, Eli B. Despres, Josh Kriegman, and Elyse Steinberg (the team that brought you Weiner) are back with the truly excellent ACLU documentary The Fight. The film takes us behind the frontlines of four of the biggest civil liberties cases of the Trump era: child separation, trans military ban, detainee abortion rights, and the census citizenship question. Aside from spotlighting the importance of these issues, the directors also do a fantastic job of capturing these lawyers at their most intimate and relatable moments, whether it be struggling to make time for family or just trying to find a damn charger for a constantly dying cell phone. In a time when it's easy to get discouraged by the headlines, this film is like medicine for the soul, reminding us that there are honest and noble people working so hard for justice. Magnolia has picked up The Fight for distribution and will surely push it for awards. 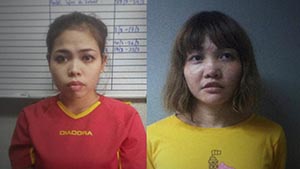 Another strong contender scooped up at Sundance by Magnolia is Ryan White's Assassins. White went to incredible lengths to fully report the true story behind the headline-grabbing assassination of North Korean dictator Kim Jong-un's half brother Kim Jong-nam by two seemingly cold-blooded young women in Malaysia in 2017. This film doesn't just retell already known facts, but furthers the public record of the event. It's quite simply not possible to know the full story without watching the film. And considering how wild and provocative the story is, that makes for a completely engrossing documentary.

Netflix has become the 800 pound gorilla in the documentary space and from this early vantage point, their doc with the most preliminary buzz is Nicole Newnham and Jim LeBrecht inspirational Crip Camp. Billed as the story of an upstate New York summer camp that catered to campers with disabilities in the 1960s/70s, this movie is so much more. While the heartwarming memories of the campers coupled with lovely home movie footage is great, what evolves is a truly moving story about how the kids who grew up with a sense of empowerment from the camp went on to be the champions of the 1970s and 1980s fight for equal rights for the disabled and eventually the Americans with Disabilities Act. It's impossible not feel charged up hearing the luminaries of the movement reflect on the battles won, as evidenced by the fact that the movie took home Sundance's Audience Award in the US Documentary category. The film is executive produced by Barack and Michelle Obama's Higher Ground that EPed this year's Oscar-nominated American Factory. 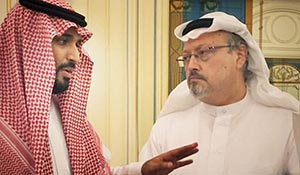 The Oscar-winning doc that started Netflix's push into the race was 2018's Icarus. By dint of that win, the second feature doc from its director Bryan Fogel, The Dissident, is sure to get a shortcut into the awards race. But that doesn't make this film about the 2018 murder of Washington Post journalist Jamal Khashoggi any less deserving. Fogel doesn't rest at just the excellent reporting on the murder and Saudi Crown Prince Mohammed bin Salman's role in it. Instead he goes deep into the stories of other Saudi dissidents that shared connections to Khashoggi, and uncovers some damning evidence against the Saudi Crown. This is activism documentary filmmaking and it's both timely and extremely well done.

The topic of speaking up against morally corrupt regimes is always a popular one at Sundance. Another film that does this to great success is David France's Welcome to Chechnya. France, who in the past has tackled the subject of LGBTQ violence and bigotry from a historical perspective in The Death and Life of Marsha P. Johnson and How to Survive a Plague, this time turns to a contemporaneously developing story. France takes his cameras to Russia and embeds deeply with the brave people fighting to help rescue those affected by the brutal crackdown on LGBTQ people in Chechnya (and spreading to other regions). This is a purely evil and surprisingly well hidden atrocity and France does an excellent job of shining a light on the subject.

The very different but no less harrowing subject of climate change takes center stage in Ron Howard's striking film Rebuilding Paradise. Considering most documentaries take many years, Howard put his resources to great use in telling this story about the city of Paradise, CA, burned to cinders in August 2018, and the year of rebuilding that followed (and continues). The footage from the fire itself is powerful but the film really succeeds by centering on the townspeople who have fighting so hard to make sure their town survives. Like many good docs, this focus on character creates a lasting impact. 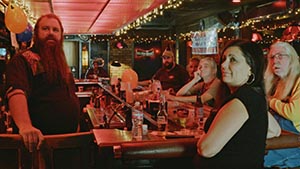 The focus on character is taken to documentary extremes in Bill and Turner Ross's Bloody Nose, Empty Pockets. Ostensibly the film captures the last night in a Las Vegas dive bar as a colorful cast reminisce, drink, banter, drink, philosophize, drink, argue, drink, celebrate, and drink some more. It's a wonderfully enjoyable slice of Americana but it's hard to shake the sense that some of the moments seem just too perfect to have been captured by documentary cameras. And perhaps that's with reason. The directors have not shied away from the truth that the barflies were cast from other bars and that the film was actually shot in New Orleans, not at a bar closing down in Las Vegas. Still, Sundance considered this and programmed the film in their US Documentary Competition section. It will be interesting to see if the Academy allows the film into the documentary race.

Early signs point to that race being a heated one. Other films that unspooled at the festival such as the US Docu Comp-winner Boys State (which sold in a big dollar deal to A24 and Apple) and World Docu Comp-winner Epicentro could factor in. The Reason I Jump took home the audience prize for World Doc and both The Truffle Hunters and Netflix's Dick Johnson Is Dead received a raft of good reviews. Considering that the three shortlisted movies that didn't play at Sundance last year premiered at SXSW, Tribeca, and Toronto respectively, we'll be watching for even more contenders to emerge.