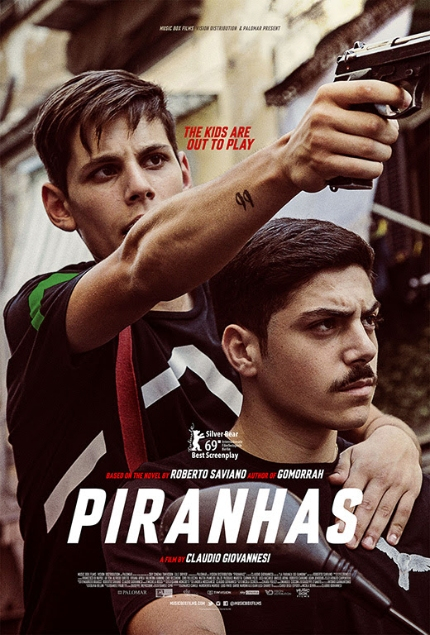 No strong motivation is evident for a group of teenagers to turn to crime, which may be the scariest reason of all.

Piranhas
The film is now available on Blu-ray and DVD, via Music Box Films.

In the U.S., crime-ridden neighborhoods often beget criminals. It may be all the young people see as a way out of their downtrodden living quarters and bleak prospects for the future. I've seen this again and again, wherever I've lived in the cities and suburban areas of Los Angeles, New York, and Dallas.

Truth be told, however, I've never even visited Italy, which makes Piranhas both fascinating and unsettling. Director Claudio Giovannesi introduces 15-year-old Nicola (Francesco Di Napoli) and his friends, a group of young men who are bursting out of their bodies with hormones and eager to experience the better things in life.

They live in a neighborhood in Naples that has been controlled by a particular crime family for centuries, apparently; the film is based on a novel by Roberto Saviano, who also wrote Gomorrah, which made for an incendiary crime picture. They all appear to be living lower middle-class lives; Nicola shares a room with his younger brother in their small apartment. Their mother apparently owns a dry-cleaning shop, and they have food to eat and clothes to wear.

But that's not enough for Nicola, especially when he sees ample evidence that the criminal lifestyle pays well and earns greater, if grudging, respect in the neighborhood, and thus begins his climb upward, accompanied by his friends and his new girlfriend, who is impressed by his willingness to beat up other young men in her behalf and acquire material possessions.

The fluid, constantly-moving camerawork adds to the stylish nature of the film, which is easy to gulp down, even when it appears inevitable that a bitter taste will permeate the life that Nicola has chosen, just because it's impossible for him to resist.

As is usual with Music Box Films, the Blu-ray looks and sounds very sharp and crystal clear indeed. In addition to a complement of trailers for other films, the Blu-ray features a making-of featurette, an interview with writer Roberto Saviano, and press conference with the cast and crew from its screening at the Berlinale. 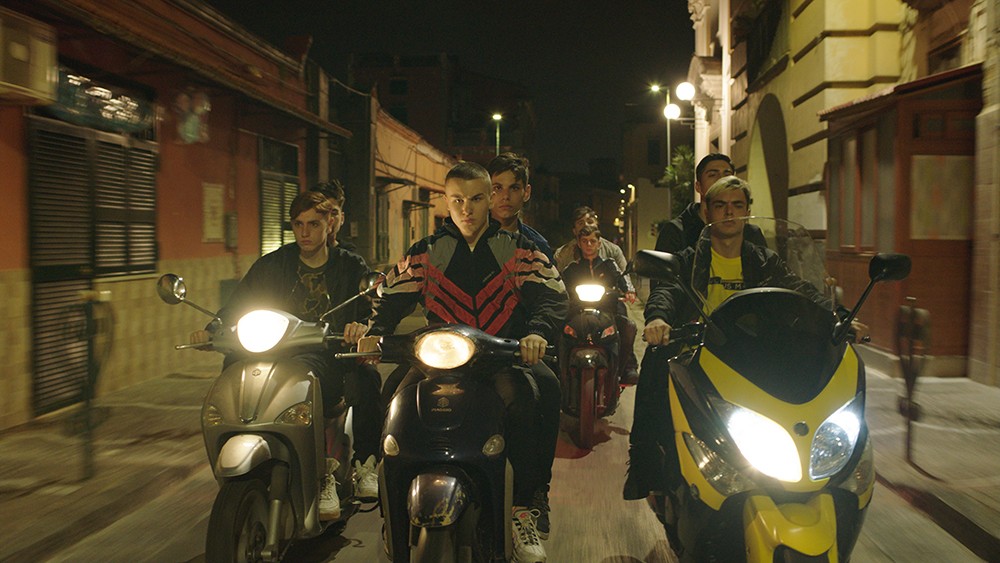 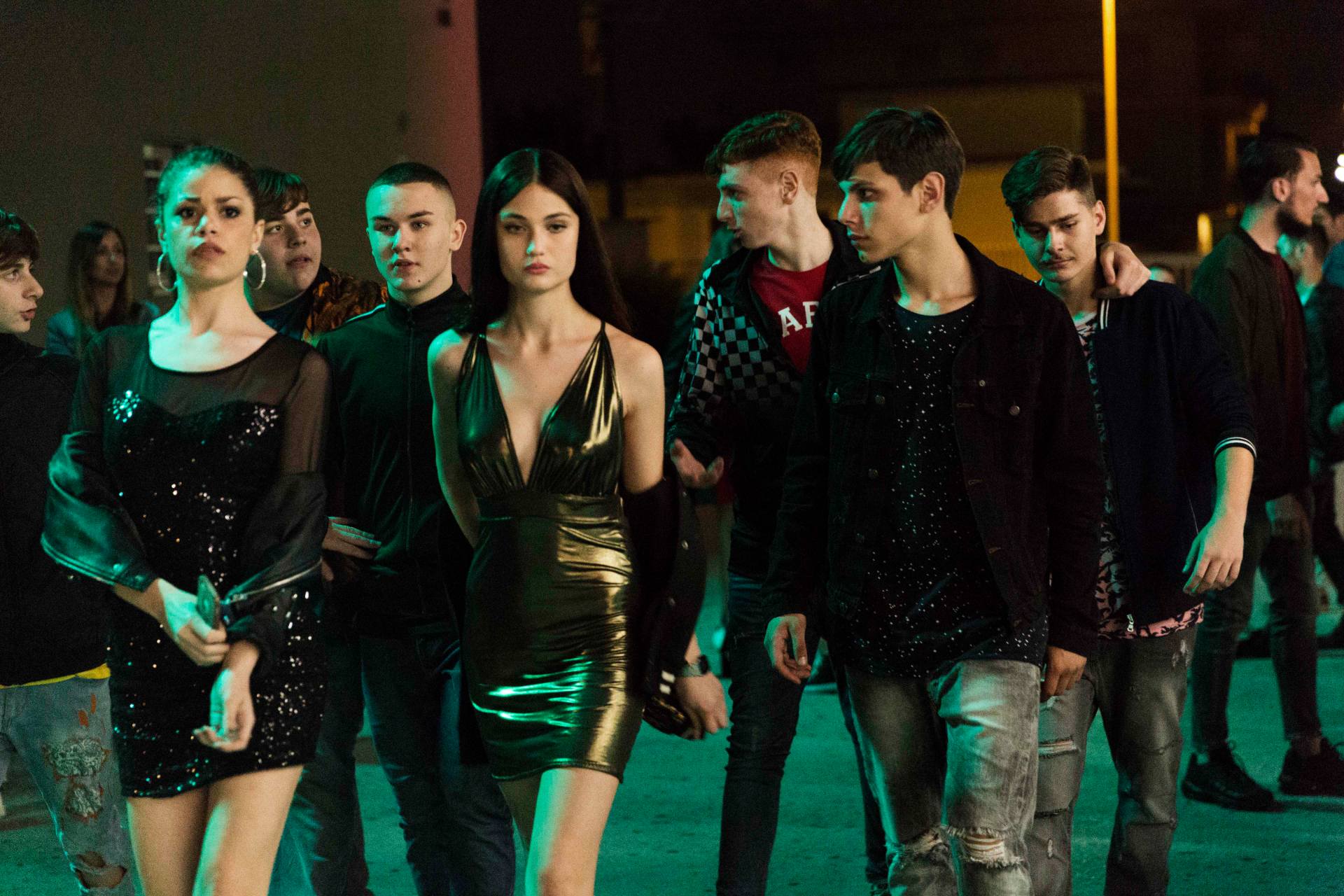 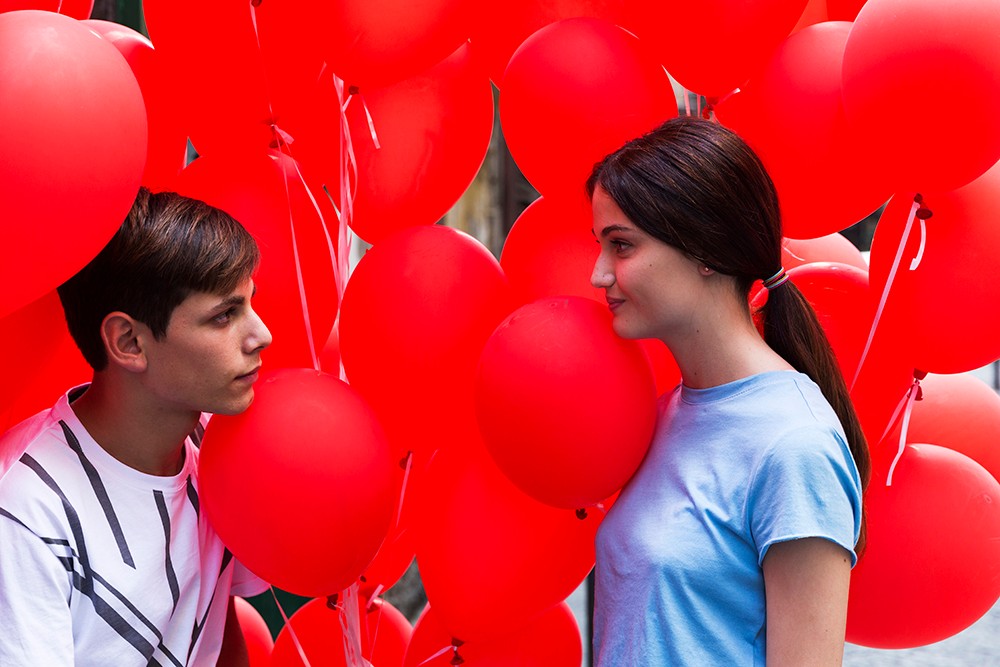 Do you feel this content is inappropriate or infringes upon your rights? Click here to report it, or see our DMCA policy.
Claudio GiovannesiFrancesco Di NapoliItalyMusic Box Films