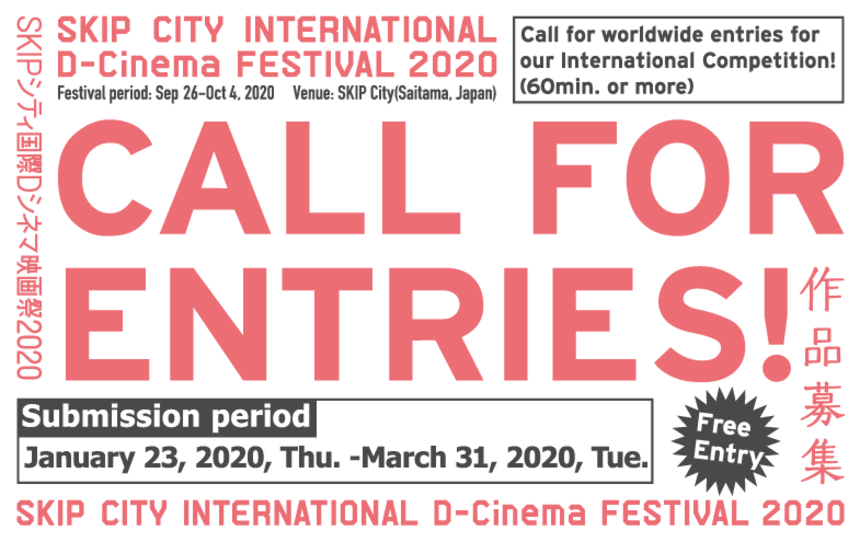 One of the world's oldest festivals focusing on digital cinema, Japan's Skip City enters its 17th year in 2020. And they want to see your film! The festival is moving away from their normal summer dates this year to avoid the Tokyo Olympics and the general craziness sure to overtake the city at the time and are now open for submissions for a September run of the festival. And submissions are free! Check all the details below!

We are happy to inform that the SKIP CITY INTERNATIONAL D-Cinema FESTIVAL 2020 will celebrate its 17th edition from September 26 (Sat.) to October 4 (Sun.), 2020 at SKIP CITY, SKIP CITY is an integrated institution for digital cinema production.

We are one of the world’s first film festivals focusing on Digital Cinema and screen all movies using the latest 4K digital cinema projector.

We seek to discover new talent and contribute to the development of the digital film industry. Now we call for works (60 min. or longer) that have been shot digitally and must be the director’s 1st, 2nd or 3rd feature film from all over the world.

Call for entries to the International Competition.

Our International Competition welcomes you!!

*Details of the awards will be announced shortly on our festival website.

All nominated films in competition categories are eligible for Festival Organizers Awards. One guest, primarily the director from each film will be invited to the festival and will attend their official screenings and Q&A sessions as well as the ceremonies.