BLOODSHOT: Vin Diesel Got Them Bloodshot Eyes in New Trailer 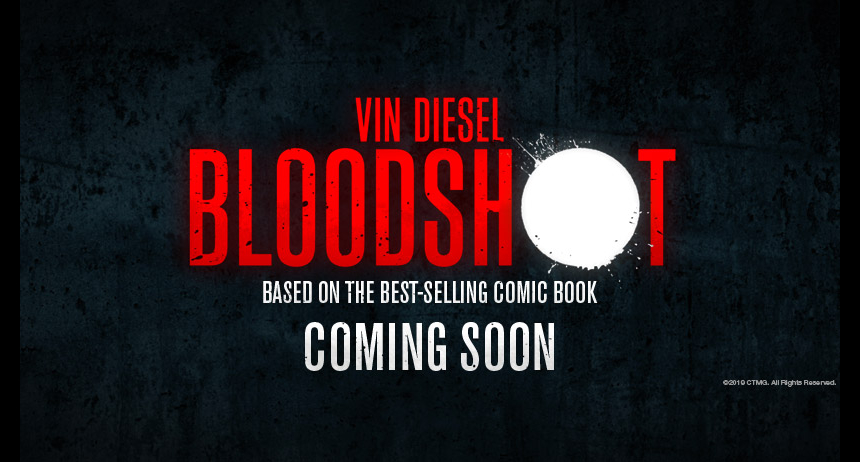 As I watched the latest trailer for the latest Vin Diesel-starring super-powered action-adventure, I began humming "Bette Davis Eyes" to myself.

It's always a pleasure to see Guy Pierce on screen; he's certain to bring a measured humanity to his role as a scientist who brings dead people back to life so they can kill people for a shadowy agency. And Vin Diesel is (seriously) always a treat to watch as a mucho macho dude who begins to suspect something is amiss, especially when he says something like, "something's not right."

The screenplay credits include both Eric Heisserer and Jeff Wadlow, so I'm positive they did everything they could, within their vivid, occasionally colliding imaginations, to translate the comic book by Bob Layton, Don Perlin, and Kevin VanHook to the forthcoming film adaptation.

Mostly, though, what catches my eye on this fine morning are the effects, which are lovingly captured by first-time feature director Dave Wilson. He is a visual effects veteran, who has worked on video games as a "cinematic/trailer" CG supervisor and director. That tells me Bloodshot will likely feature spectacular effects to go along with the action and the killing and probably the blood.

Toby Kebbell, Eiza Gonzalez, and Sam Heughan also star. The trailer is below. The film will open in U.S. theaters on March 13.

Do you feel this content is inappropriate or infringes upon your rights? Click here to report it, or see our DMCA policy.
Dave WilsonGuy PierceSonyVin Diesel