Shudder in January: Start 2020 Off Right With THE DEAD LANDS, THE MONSTER SQUAD And TAMMY AND THE T-REX Gore Cut

As the holiday season comes and goes you may find yourself dealing with a touch of the post-holiday blues. Never fear because Shudder has loaded up their schedule in January with lots of goodies. It truly is the gift that keeps on giving.

If your New Year’s resolution is to watch more incredible horror, you’ve come to the right place. January serves up an unbeatable lineup featuring THE DEAD LANDS, a Māori supernatural action-adventure series set in a mythical New Zealand past, the exclusive streaming premieres of untamed Australian horror THE MARSHES and arthouse-meets-grindhouse masterpiece BLISS, and great new additions to the Shudder library that include two bold, inventive takes on the demon genre with LUZ and DEMON, and cult favorites like THE MONSTER SQUAD and the restored TAMMY AND THE T-REX gore cut.

Everything kicks off on New Years day with Ti West's The House of the Devil, Tilman Singer's Luz and the 80s classic, Fred Dekker's The Monster Squad! That's a nice way to work off that hangover.

The New Zealand supernatural series The Dead Lands will help cap off the month starting on the 23rd with a two episode premiere. And if you missed it on the festival circuit this past Summer Tammy and the T-Rex gore cut will premiere on January 13th.

And for our friends in the UK, 2020 is certainly going to be an interesting year. Why don't you take your mind of off England's continued cock-uppery with a really good January. UK subscriber will get films like Heathers, All Cheerleaders Die, Cub and When Animals Dream. It's not all bad everyone.

Everything released in the US, Canada and the UK follows in the gallery below. 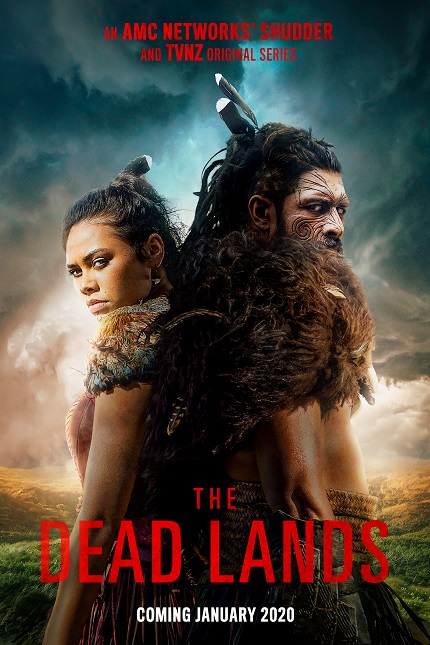 A supernatural adventure set in a mythic Māori past, with an aesthetic that’s part Ash vs Evil Dead and part Xena: Warrior Princess. The Dead Lands features a murdered Māori warrior, Waka Nuku Rau (Te Kohe Tuhaka), who’s sent back to the world of the living to redeem his sins. But the world Waka returns to is ravaged by a breach between Life and the Afterlife as the spirits of the newly dead now stalk the land and hunt the living.

Waka encounters a determined young woman, Mehe (Darneen Christian), who becomes both his protégé and moral compass. Together, they navigate tribal politics, the unsettled ghosts of Ancestors and other forces both natural and supernatural, on a quest to discover who "broke the world" and how to repair it—if it’s not too late. An AMC Networks’ Shudder and TVNZ production. Also available on Shudder Canada and Shudder UK. 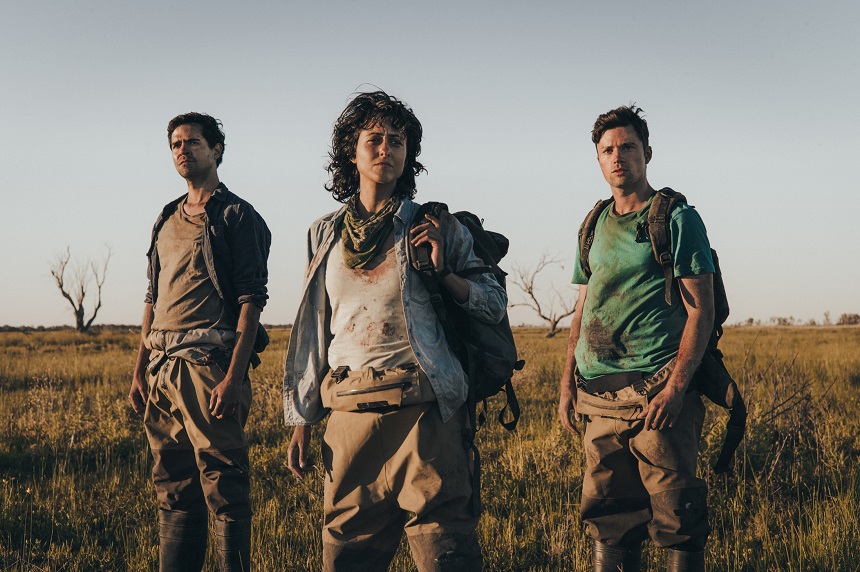 In the middle of nowhere is a labyrinthine marshland teetering on the verge of extinction. Dr. Pria Anan is committed to saving it, using diligence and reason to fight the forces that threaten its existence. With the help of rival Ben and assistant Will, Pria is certain she is in control. But soon fear manifests in the form of a horrifying evil, forcing the team to abandon their efforts to save the marsh and focus on saving themselves. Starring Dafna Kronental, Sam Delich and Mathew Cooper, directed by Roger Scott. A SHUDDER ORIGINAL (Also available on Shudder Canada and Shudder UK)

A brilliant painter facing the worst creative block of her life turns to anything she can to complete her masterpiece, spiraling into a hallucinatory hellscape of drugs, sex, and murder in the sleazy underbelly of Los Angeles. A SHUDDER EXCLUSIVE. Starring Dora Madison, Tru Collins, Jeremy Gardner and Rhys Wakefield, directed by Joe Begos. (Also available on Shudder Canada and Shudder UK) 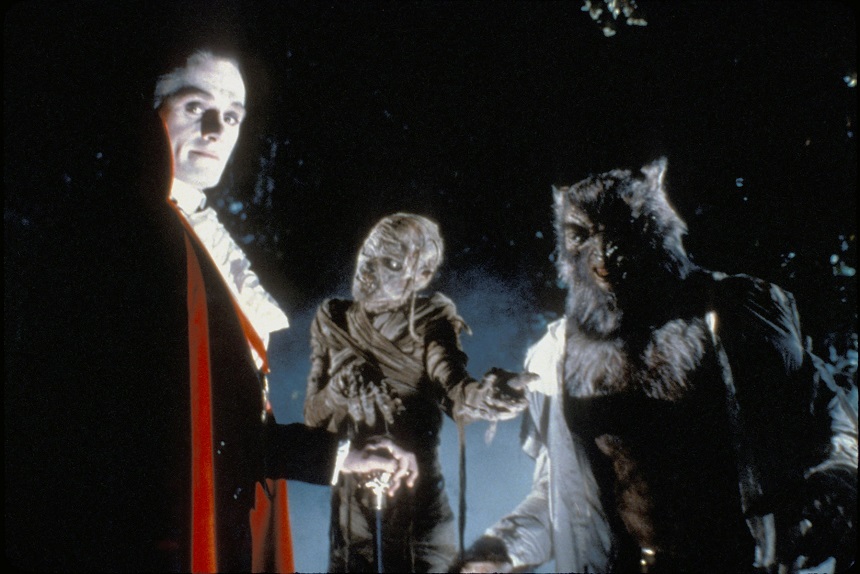 The House of the Devil (Director: Ti West)

A stranger lures a babysitter to a house with an unusually large sum of money. But when she arrives, Samantha doesn’t find any kids. Just a large and very creepy house, that may not be as empty as it seems. Indie horror director Ti West (THE INNKEEPERS) made his mark with this terrifying ‘80s throwback, featuring cult horror legends like Dee Wallace (THE HOWLING), Mary Woronov (NIGHT OF THE COMET), plus Greta Gerwig before she hit it big. You’ll never bop around listening to headphones in an empty house again after watching what happens to Samantha. Starring: Jocelin Donahue, Tom Noonan, Mary Woronov, Greta Gerwig, AJ Bowen

A rainy night. A dazed and numb young cabdriver, Luz, drags herself into the brightly lit entrance of a rundown police station. Across town in a nightspot, Nora seductively engages police psychiatrist Dr. Rossini in a conversation. Nora is possessed by a demonic entity, longing for the woman it loves: Luz. She tells the doctor about Luz’s rebellious past at a Chilean school for girls. Increasingly drunk on her story, the doctor is easy prey for the entity. Once possessed, he’s called to the police station to examine Luz, where he puts her in a state of hypnosis that initiates a series of flashbacks, revealing the events that led to her arrival. But the entity that has taken control of the doctor wants something more. Starring: Luana Velis, Jan Bluthardt, Nadja Stübiger Johannes Benecke, Julia Riedler, Lilli Lorenz (Also available on Shudder Canada)

In this cult favorite horror comedy from the ‘80s, young boys' monster club takes on a three-dimensional reality when the actual monsters—- Frankenstein, Dracula, the Mummy, the Wolf Man and Gill Man — come to town in search of a magic amulet that will enable Dracula to rule the world. Starring: Andre Gower, Robby Kiger, Duncan Regehr, Stephen Macht, Tom Noonan, Jack Gwyllim 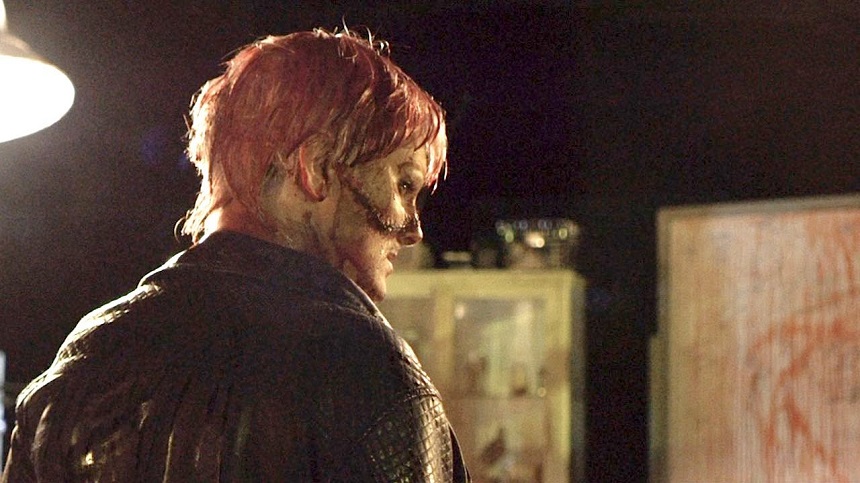 A young man travels to the hometown of his future wife where he knows no one. As a wedding gift from the bride’s grandfather, he receives a piece of land where the two can build a house and raise a happy family. While preparing to build, he finds human bones buried beneath the new property. Strange things begin to happen to change this happy couple’s life forever. Demon is a modern take on one of the most famous figures of Jewish folklore, the dybbuk, a spirit of a person not properly laid to rest that seeks to inhabit the body of a living person. Starring: Itay Tiran, Agnieszka Zulewska, Andrzej Grabowski (Also available on Shudder Canada)

Jennifer, Ellie, and Madeleine go out for a night on the town and wake up to find themselves trapped in the same body after being murdered, dissected and stitched together. Determined to find out what happened to them and who is responsible, they set out on a madcap quest for revenge. Starring: Tory Stolper, Tracey Fairaway, Maria Blasucci (Also available on Shudder Canada) 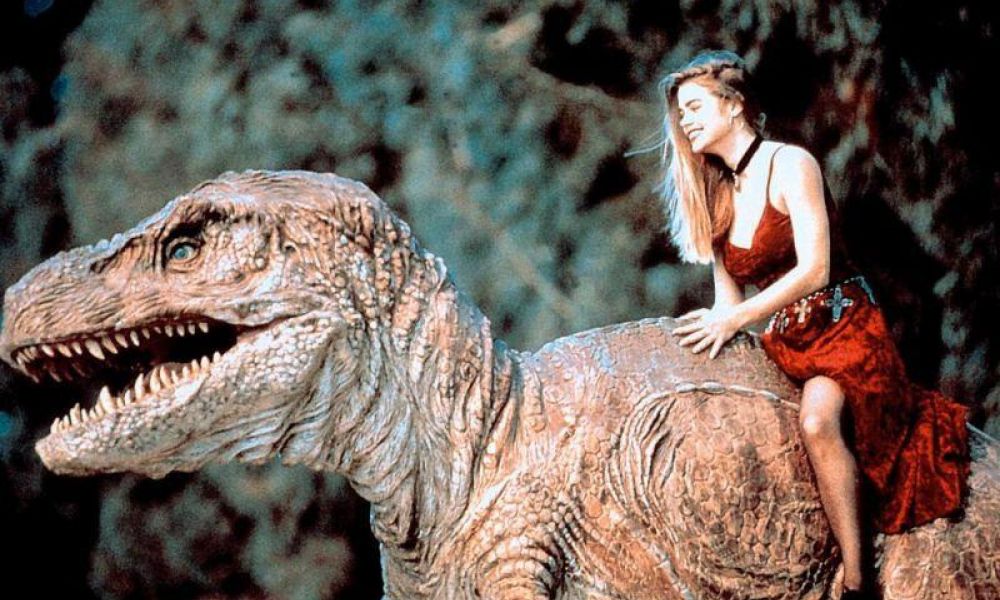 Tammy is a popular high school cheerleader whose new boyfriend, Michael, might be the love of her life. But Tammy’s jealous ex, Billy, won’t stand for anyone coming between him and ‘his’ girl, so he and his friends kidnap Michael, leaving him to be mauled by a lion in a local wildlife reserve. Comatose and at death’s door, Michael’s body is stolen from the hospital by mad scientist Dr. Wachenstein, who extracts his brain and implants it into a giant robotic T-Rex. Originally released as a heavily censored PG-13 movie, now restored to its uncut version with all of the gross-out gags, gratuitous decapitations, gut-ripping and head-smashing, courtesy of special effects wizard John Carl Buechler (Mausoleum). Starring: Denise Richards, Paul Walker, Terry Kiser and George “Buck” Flower (Also available on Shudder Canada) 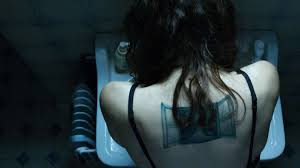 Sophie and Jessica witnessed a brutal crime as children. Jessica pledged to her younger sister Sophie, but after all these years, the promise has become an obsession. Jessica suffers from paranoid delusions, living in fear, sharing a house with her sister. But Sophie yearns to be free—free to pursue her career as a pianist, even free to fall in love. When it’s revealed that, after 20 years, the criminals are being released, an accident changes everything and transforms Jessica's childhood promise to her sister into an existential nightmare. Starring: Frida-Lovisa Hamann, Friederike Becht, Christoph Letkowski (Also available on Shudder Canada) 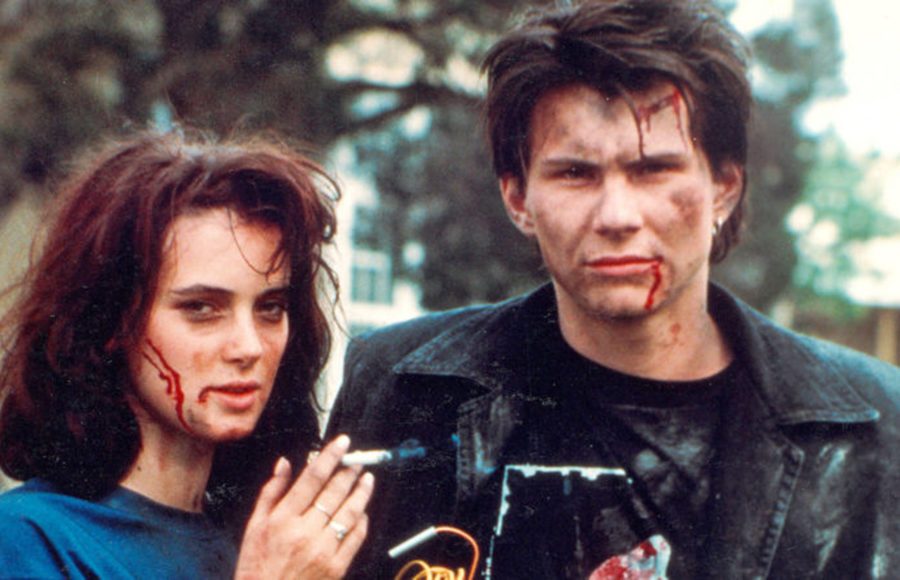