Montreal Nouveau 2019 Review: The Finnish Heart and Soul Reflected in ANGEL OF THE NORTH

There are some works of art (be they paintings, songs, films, or books) that are said to speak the soul of a nation or culture; and even though no culture is a monolith, works such as "American Gothic" or "Mona Lisa" are often seen as 'representing' a nation. French documentarian Jean Michel Roux journeys through Finland to dissect that nation's attachment to its most famous painting, "The Wounded Angel".

It was painted in 1903 by Hugo Simberg, and depicts two young boys carrying an angel on a stretcher; the angels' wings are wounded, it is blindfolded, and holds snowdrops flowers in one hand. Simberg created the painting from a series of sketches made while he was convalescing in a nearby hospital, and took daily walks by the bay near Helsinki.

Simberg also never gave any account of his inspirations, or who his models might have been, what he intended for the meaning of the painting, nor did he even give it a name. That came after, and the artists died in 1917, taking any secrets about it to his grave. That left the interpretation and reaction up to the observer (as was apparently his intention). Roux finds as many of these people as he can; it's not so much a search for a 'correct' interpretation of the painting (since arguably none exists), but how these various interpretations reflect Finnish culture, and the individuals he speaks with.

We see school teachers showing the painting to your children, to start them on their journey to understanding and interpreting art (and they give their different ideas on the meaning); we meet a paramedic who sees himself in the angel, and hires a photographer to recreate the image with himself and firefighters; a scholar is trying to find the exact spot which provided to background landscape in the painting. Some analyses look more towards the mythological, citing old Finnish folktales of angels as trolls or gnomes. Some see the boys in the painting as villains, others as helpers; some see the angel as themselves, some see it as the soul of their country.

While Roux divides the film into chapters according to the speakers and how they are talking about the painting, that is the extent of his overt involvement. He just lets the camera roll as the speakers talk, giving their side of interpretation and connection, whether it be brief and analytical, or deep and emotional. Frequently, the shots are in close-up, as if Roux wants us to forget the surroundings are focus on the person, interspered with shots of the painting, melding the two together, if not by images, then at least by images and words. Looking at not only the literal interpretations, and academic perspectives, but the personal and very intimate.

Angel of the North looks at the effects of a single work of art, not just on individuals, but on a collective. How so many different interpretations, understandings, and beliefs can form an idea of a cutlure, even within great variety and difference. 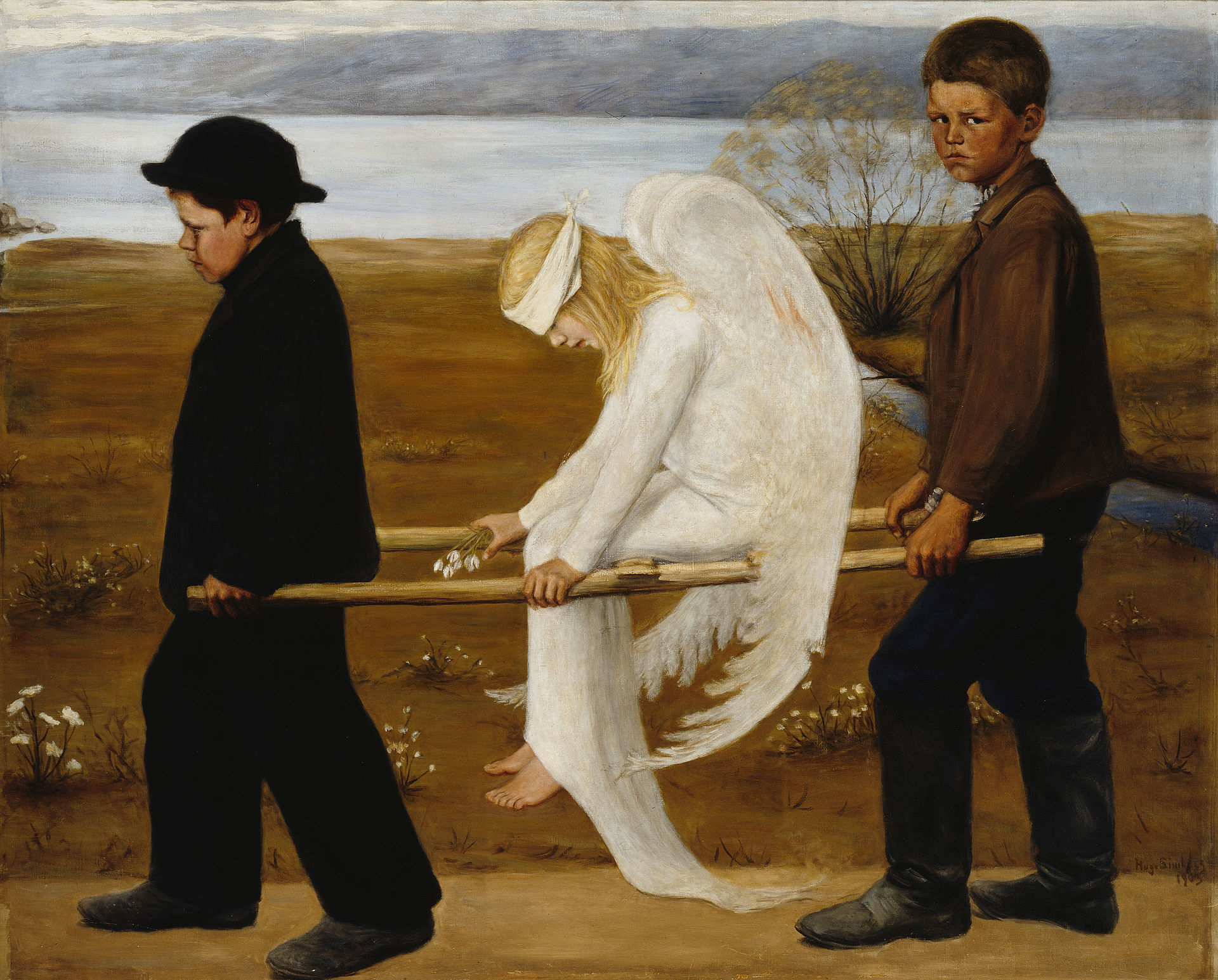