Review: THE SCIENCE OF FICTIONS, Black Comedy as Socio-Political Parable 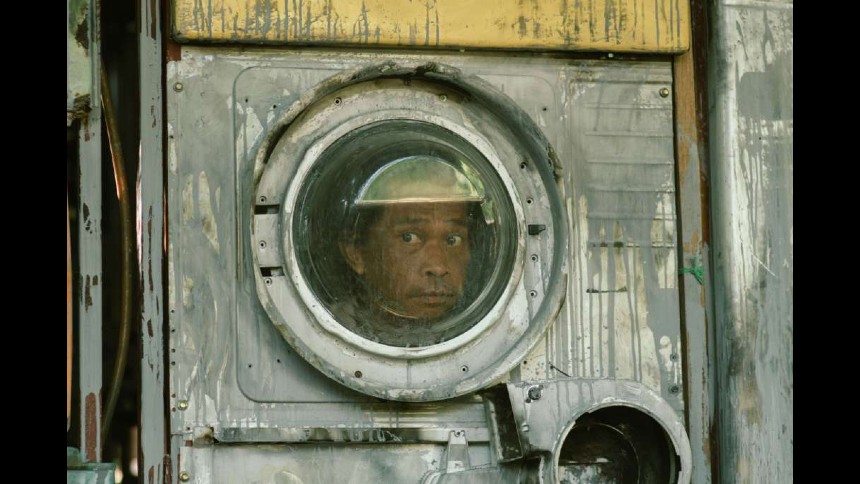 The Indonesian writer-director Yosep Anggi Noen introduced his third feature-length project, The Science of Fictions, in the international competition at the Locarno Film Festival this summer. [It will enjoy its Asian premiere at the upcoming Busan International Film Festival in October.] The dramedy, basically a black comedy, is a socio-political parable for the age of fake news. But it did not stop there.

The protagonist, a solitary farmer Siman, wanders through a forest in the dead of night stumbling onto a perplexing happenstance. People in strange costumes are moving slowly around a lunar module. In 1962, Siman turned out on the set of a fake moon landing. The army caught him and cut off his tongue. From that day on, Siman lived even more cloistered existence, moving in slo-mo and donning DIY homemade space suit as casual clothes. He was thought off as a madman.

Yosep Anggi Noen follows zealously Siman during his daily routines as he continues to live his life without the means to tell anybody what he has seen. He even built himself a ramshackle lunar-module serving like a cottage. Even though Gunawan Maryanto as Siman pulls out a village fool stint that is equally hilarious to watch as it is painful, The Science of Fictions cannot hide its strong political undercurrent. 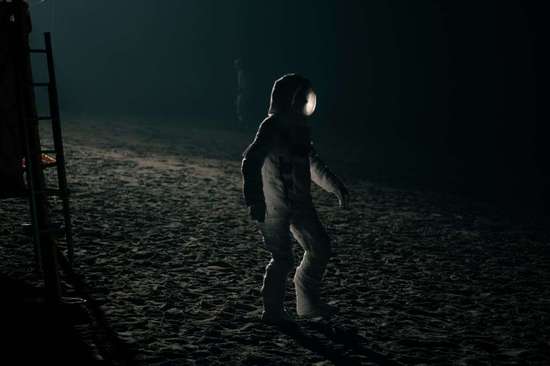 And the director introduces another character, former Indonesian president Soekarno, playing with a Bolex 8 mm camera. The juxtaposition of the most powerful man in the country clutching a reality-shaping tool against, literally, a voiceless citizen, from the fringes of society, seems like an unnecessary shortcut but the writer-director does not over-expose this antagonism.

Anggi Noen transplants the overly-circulated hoax into an Indonesia, a silly and witty move to trigger a narrative on hoaxes being normalized in normal life. Fake moon landing turned already into a trope that migrated out of the realm of popular culture while preserving the umbilical cord to conspiracy theories untouched. In this way, Siman is the perfect victim and the perfect bearer of the truth testifying with his whole body, a lifetime of a theatre of veracity enacted in the streets.

The ridiculousness of the concept, a man and imbecilic walk as carved out of the Ministry of Silly Walks sketch, actually outgrows the parameters of plain caricature. Instead, certain empathy emanates from the unlucky fate and lifetime of obsession that Siman manages to eventually turn into a livelihood despite his faltering personal life.

The Science of Fictions repeats the notion that fabrication and twisting of facts has been in use to achieve power longer than the recent fake news wave that swept through the world. However, Anggi Noen moves beyond the obvious in a less instructional endeavor, the tongue-in-a-cheek title serving as yet another hint. 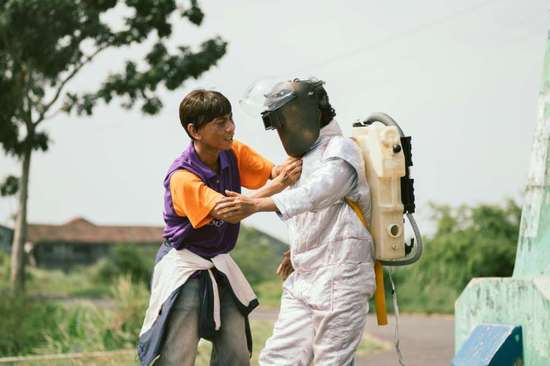 Earlier this year, Federico Atehortúa Arteaga introduced his docu-essay Mute Fire that toggles between historical events, personal reminiscences and audiovisual reconstructions. Arteaga demonstrates the power of moving image in the depraved service of historiography, propaganda and disinformation and the thin membrane between reality and fiction. Yet Arteaga´s film is woven around the topic of memory. Anggi Noen does not address the question of (national) memory yet his statement is not so cryptic despite being bottled in a quirky black comedy.

Furthermore, beyond the fake-moon landing hijinks and efforts of those in power to tweak reality, The Science of Fictions which hints at its political plane, bears another possible angle of interpretation. One that is more linear and unburdened by the country's historical and political context.

Siman is deprived of its tool to verbalize ideas and thoughts. Instead of despairing, he devises an alternative form to express himself conquering creatively if rather eccentrically the poor situation he has found himself in. 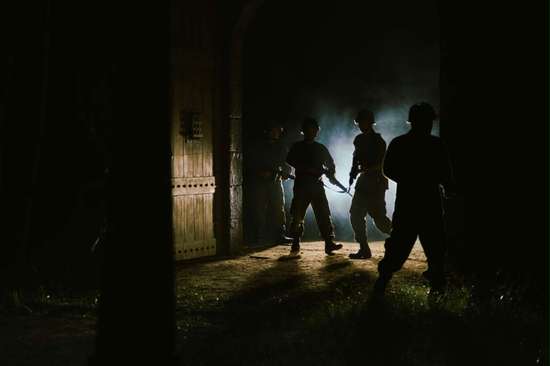 The film does not lose its prosaic form, the writer-director remains focused on the leading character and his life without unnecessary diversions about the country's political past or corruption. Anggi Noen switches black and white images for more colorful palette over the course of some events. Although the actual time anchorage remains opaque what may be slightly confusing.

Siman´s encounter with the foreign crew fabricating the voyage to the moon is supposed to unfold in the 60s, however the art production seems to suggest the story taking place in the presence. From the narrative side, the monochrome image taints Siman´s life as a tortured and oppressed soul whereas color pours into the frame once he bizarrely reinvents himself.

The Science of Fictions approaches a hot topic from a slapsticky angle although satire never breaks through as Anggi Noen keeps tight control over the film´s message. The director himself experiment with "the science of fictions" in cinema as he keeps referring to the true side and politics behind his offbeat dramedy.

The Science of Fictions