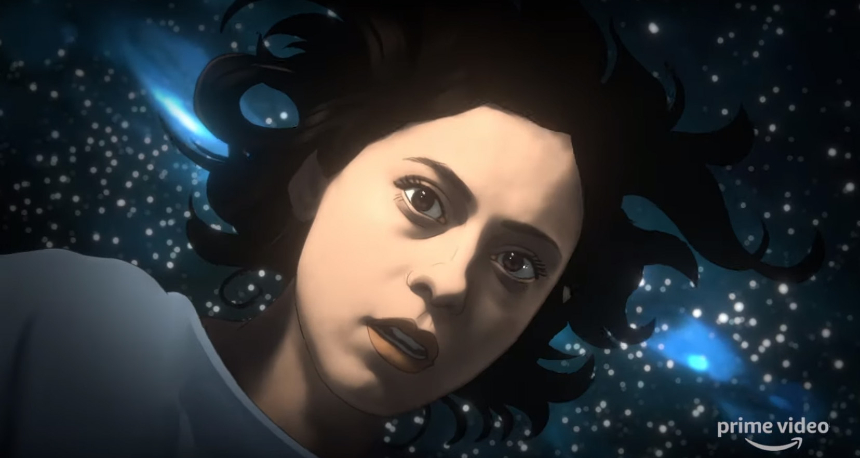 Sometimes, life must come apart completely before it can be put back together again.

Alma Winograd-Diaz (Rosa Salazar) has reached a crossroads in life.

She is 28 years old, works at a daycare center, lives in a long-term relationship with her waiter boyfriend Sam (Siddharth Dhanajay) in San Antonio, Texas, and is bored silly by her daily routines. "Is That All There Is?" might be her theme song.

Alma decides to do something about it by breaking up with Sam; he eventually wants a family with her, but Alma has no desire for such a thing. She herself lost her father, Jacob Winograd (Bob Odenkirk), at a young age and, though she remains close to her younger sister Becca (Angelique Cabral) and their stern mother Camila Diaz (Constance Marie), she remains vaguely uncomfortable with the very idea of family.

Her discontent comes to a head in an automobile accident, prompted by a disastrous night and the unexpected sight of her supposedly dead father on the road. Her ensuing recovery, and the circumstances of her father's death, and what she can do about it, are explored brilliantly in the remaining episodes. (I've seen five of the eight episodes so far, which were made available for preview in advance of the show's debut on Amazon today.)

Creators Kate Purdy and Raphael Bob-Waksberg set up a story that grows increasingly metaphysical as it travels through time, making great use of a variety of animation techniques (rotoscope, drawn animation, cg and oil painting, as explained nicely by Amid Amidi at Cartoon Brew). These techniques blend seamlessly and are informed by the story, which calls upon memories and shifting perspectives to keep driving the story forward.

The spine of the series, however, rests upon Alma and her developing relationship with her family. Thanks especially to Better Call Saul, Odenkirk's dramatic abilities have become well-known, so the surprise to me here is Rosa Salazar, who adroitly handles all the one-liners and asides with comic aplomb, while also inspiring empathy for her character and her situation.

Even beyond that, the series resonates for me in its portrayal of a mixed marriage and the children who seldom think about the differing cultures that brought them together and made them unique and so open to other cultures. Putting together the comic elements, the animation techniques, the dramatic heights, and the surreal aspects, as well as the love and affection between the characters, results in a show that I can only describe in one word.

Do you feel this content is inappropriate or infringes upon your rights? Click here to report it, or see our DMCA policy.
Amazon Prime VideoBob OdenkirkKate PurdyRaphael Bob-WaksbergRosa Salazarstreaming