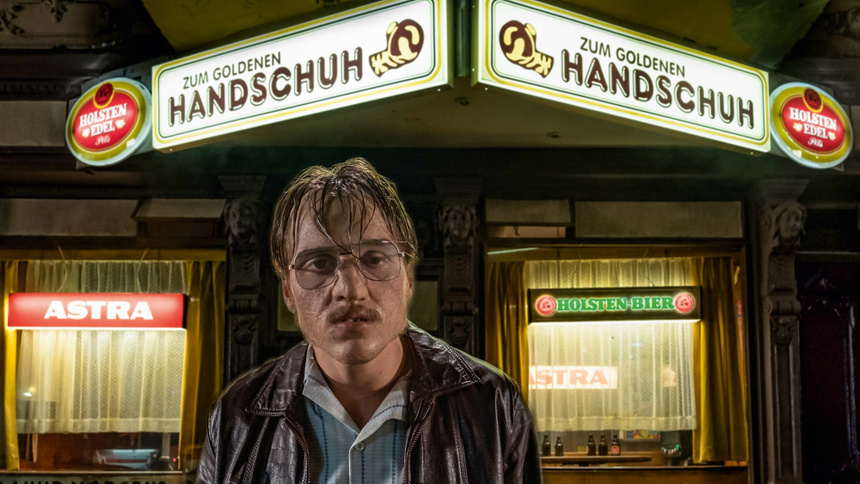 Over the last several decades, several distinct sub-strains of serial killer films have presented themselves to more adventurous filmgoers. You have your detective stories like Zodiac or The Silence of the Lambs, in which the serial killer is little more than a MacGuffin, driving the heroes to perform heroic acts. You have your flashy slashers like American Psycho or Natural Born Killers, where the killers are the heroes of the film, in spite of their horrifying on-screen atrocities, placing the audience in the uncomfortable position of rooting for an obvious villain. Then there is a third category, perhaps the most difficult to rationalize to oneself, the empathetic killer film.

In this subcategory, we have the films that attempt to put the viewer into the shoes of those most horrifying of humans, the ones who destroy lives without remorse and without a single thought to the damage they have wrought upon families and friends. But, in these films, we are forced to live in the world of the killer, not only to experience the pain and loss they cause, but also the pain and loss that made them what they are. The nihilism that comes from a life lived without direction or purpose, without praise or shame, without a support system or a moral compass to help them learn right from wrong.

Foremost among these has always been John McNaughton's incredibly powerful vision of anarchic violence, Henry: Portrait of a Serial Killer. A film that is almost as reviled as it is revered, Henry has for decades stood alone as a uniquely terrifying vision of the demons that drive some killers to commit heinous and unconscionable acts. Well, Henry has a new compatriot in Germany director Fatih Akin's latest assault on moralism, the 1970s set biopic The Golden Glove.

Based on the life and crimes of Fritz Honka, a killer who took the lives of at least four women in 70s Hamburg, The Golden Glove is an absolutely stunning character study of a man for whom killing was simply a way of life.

Portrayed with an eerie cool by relative newcomer Jonas Dassler, Honka is a pathetic creature, devoid of charisma, charm, social grace, or really any prospects for improving his station. He lives in a squalor of his own making. Walls covered in pin-up mages from nudie mags, every flat surface littered with bottles of liquor in varying stages of emptiness, Honka's home is an absolute pigsty (and a nightmare for your slightly OCD reviewer). It's a perfect reflection of a man for whom a sense of direction in life has remained elusive. He bounces from one odd job to the next, making just enough at each to get liquored up at his local pub, the titular Golden Glove, before fucking everything up and having to start over.

While Honka may be a fuck-up by any standard metric, in the magical trash palace that is the Golden Glove, peopled by has-beens, never-weres, and sex workers far beyond their prime earning years, our dear Fritz is something of a catch. Young enough to still make something of himself, but clearly not interested in trying, Honka has the pick of the litter when it comes to Golden Glove companionship, a fact he takes regular advantage of. The problem is that when Fritz gets drunk, Fritz gets violent, and while many of his lady friends are used to a bit of slap and tickle, none of them are ready for the wave of violence he's ready to unleash at even the slightest provocation.

Unfortunately for these poor souls, more than once his fits of rage end in bloodshed, and the bodies he leaves behind end up in the space behind his attic wall with little more than a few dozen car air fresheners to keep them company.

Akin seems utterly uninterested in sugar coating Honka's vile antics, and why should he? By all accounts, and the file photos that play over the credits of the film, Honka was a pig living in filth of his own making. The film doesn't wallow in the filth, making it a focus, however, it also doesn't shy away from the fact that this is the truth of the situation. There was nothing glamorous about Honka, he wasn't the type to talk his way into situations he could then take advantage of, he targeted the weak because he was himself, weak. They came back to his home because they had nowhere better to go, Akin's vision of this crushing misery is in perfect alignment with the reality of the situation. It's utterly chilling.

The Golden Glove is perhaps most chilling by the fact that it doesn't seem to take any stern moral stance on the acts committed by Honka. While it certainly doesn't glorifying the killing, and Honka himself is a vision of towering monstrosity, facially deformed and hunchbacked, his acts are presented in a hauntingly matter-of-fact way that dares the audience to judge the film for its frankness. Grim though the murders, dismemberments, and disposals may be, they are not sensationalized, but rather coldly reported as though it's not a person watching, but a fly on the wall who'd not dare to cast judgment.

Of course, it's nigh impossible to not judge a man who'd commit these acts, but the straightforward delivery of the action asks the viewer to simply ingest the film's stench and digest it for themselves. For many, it will be too great a bridge to cross. Akin's depiction of Honka's crimes is frighteningly calm, no matter how violent the death, the camera appears as a passive bystander, simply there to record for posterity. This passive view of the action essentially makes the viewer complicit in the crime, asking us why we are still watching, what are we hoping to get from this?

The answer for me, much to my shock and dismay, was that I felt a surge of empathy, not only for the unfortunate souls who met their ends at the hands of a savage killer, but also a twinge for the killer himself. No longer a functioning member of society, but not entirely a monster, Fritz Honka was a complex character, both a victimizer and to a far lesser degree a victim. That's not to say I care for him, but in Akin's vision, I am force to both mourn the dead and pity the killer. A powerful cognitive dissonance that I must now parse on my own, but the kind that I welcome because it does stay with me long after the credits have rolled.

The Golden Glove is a tremendous piece of work, an empathetic look and a pathetic wretch of a man and the trail of pain and chaos he left behind. Fatih Akin is a name I've heard often, but I will admit that this is my first actual experience with his work and I am absolutely blown away. The Golden Glove is bound to be a crucial part of the true crime canon as time goes by, because films this powerful only come along every couple of decades, and this one is bound for infamy.

Do you feel this content is inappropriate or infringes upon your rights? Click here to report it, or see our DMCA policy.
Fantastic Fest 2019Fatih AkinJonas Dassler

More about The Golden Glove