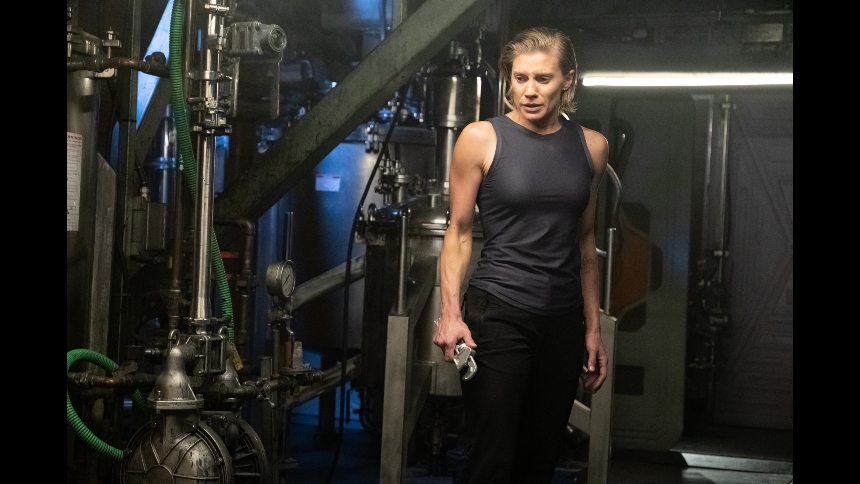 One leans toward soap-opera melodrama, the other toward political horror.

Another Life
Now streaming on Netflix.

Katee Sackhoff (Battlestar Galactica) stars in the sci-fi series, which was more than enough to lure me into watching. The launch point sounded a bit like Arrival (2016) -- alien artifact lands on Earth, humans struggle to communicate -- yet the primary storyline follows a group of astronauts who set off on a mission to discover the artifact's origin and determine the aliens' true intentions.

As things develop, Niko (Sackhoff) is appointed leader of the crew, who are all in their twenties and all filled with angst. Not to be out-angsted, Niko has her own angst, because on her last mission, she had to make a decision that cost the lives of half her crew. The reasons contrived for her to return to space make no rational sense, but off she goes, to the simmering anger and outright resentment of the onboard crew.

Niko leaves behind her scientist husband, Erik (Justin Chatwin) and their young daughter. Erik is fully occupied with trying to communicate with that pesky alien artifact, and, frankly, is not much of a father. For her part, Niko is not exactly a model of competence, constantly becoming overwhelmed with guilt for her past sins and barking gruffly at a crew of adults who act like kids.

As attractive as the adults are in physical appearance, their characters are mostly the type that I try to avoid in real life, so as they cuss and bicker, I felt increasingly trapped and found myself hate-watching the episodes. I stopped, took a break, and then finished the final two episodes (of 10, total), which wind up Series 1 on a cliffhanger -- and none too soon.

My lifelong affection for science-fiction stories was severely tested, especially since the twentysomething character melodramatics wore me down quickly, and entire episodes passed when no new narrative points were explored. And very few cultural changes were evident, as might be expected when a story takes place in the future, which also blighted my viewing experience. 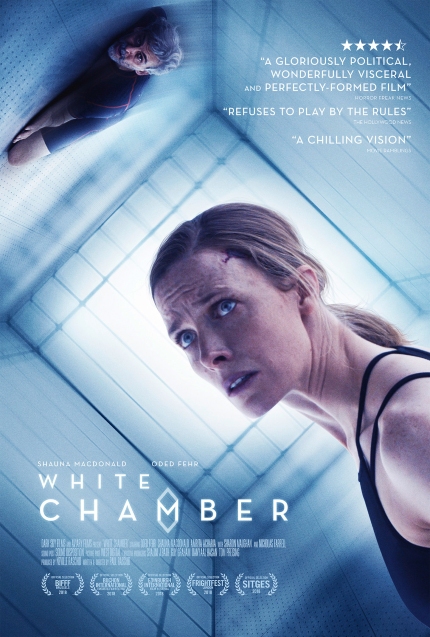 Earlier this year, I wrote about an exclusive clip from the film. As often happens, I had not seen White Chamber at that point, and so I was delighted to catch up after it dropped on Netflix this past weekend.

The clip featured Shauna MacDonald (The Descent) waking up in a white cell, where a mysterious voice addresses her in very unfriendly terms. The film begins with an explanation that civil war has broken out in the United Kingdom in the near future, leading to a declaration of martial law amid nationwide unrest. Ms. MacDonald is confined without explanation, and then cruelly tortured for information.

Frankly, this upset me on a cellular level, which was likely the aim of writer/director Paul Raschid. Torture, under any circumstances, should not be pleasant or tolerated or encouraged. As a viewer, I was likewise reaching my breaking point (i.e., turning it off) when something changes, leading to another round of very unpleasant exchanges involving torture from another perspective. Things get more and more nasty, and more explicitly violent.

Accepting it on its own terms, White Chamber is a brutal piece of horror, more than science fiction. It never descends to the 'torture-porn' level of malevolent glee; rather, it makes one feel rather sickly, just because it feels like something within the capacity of modern man (or woman). In the lead role, Shauna MacDonald is compelling to watch.

Summing up: Definitely not an easy watch, especially for those who have suffered family trauma.

Do you feel this content is inappropriate or infringes upon your rights? Click here to report it, or see our DMCA policy.
Aaron MartinKatee SackhoffNetflixPaul RaschidShauna MacDonald