In William McGregor’s first feature-lenght film Gwen, available in theaters and on VOD and Digital HD this Friday, August 16, the titular character is a teenage girl (played by Eleanor Worthington-Cox) who lives in a farm in 19th century rural Wales, together with her mother (Maxine Peake) and her younger sister (Jodie Innes).

While Gwen awaits for the return of her father (Dyfrig Evans), who’s fighting in a war, several upsetting things start happening around her religious family, for example: the death of their last neighbors due to alleged cholera, the appearance of an animal’s heart nailed to their front door, the killing of all their sheep and ultimately, the illness of the mother, who acts in an increasingly disturbed way. Aside of this, some men from the nearby town insist to buy the family’s land.

Gwen might make us think that something supernatural is going on, but we will realize that mundane and realistic horror is definitely more brutal. I talked about this, and much more, with director McGregor, read on...

ScreenAnarchy: How was the origin of GWEN?

William McGregor: I made a student film in 2009 called Who’s Afraid of the Water Sprite?, which is a fairy tale very much inspired by films like The Company of Wolves and Pan’s Labyrinth. A producer saw that film and she was from North Wales. I went and explored the region, as a starting point for a feature film, and in doing so I discovered the history of the region and how the landscape was torn apart. That inspired me to tell this story, growing from the fairy tale, a short film I had already made, came a merger of both folklore and history, how folk beliefs come from the land, and questioning fantasy and reality.

The film is set during a war and also one of the first problems we see is the death of the protagonists’ neighbors of supposed cholera. In that sense, how was the research of those times?

Understanding how people were treated at that time but also their traditions and the folk beliefs that people would have had at that time. I think ideas come to you from when you start researching. One of the lines in the film is actually a line that I read at a museum. It’s amazing how such historical research conforms the film, even though this film isn’t necessarily based on a moment in history, I think history is still incredibly inspiring. 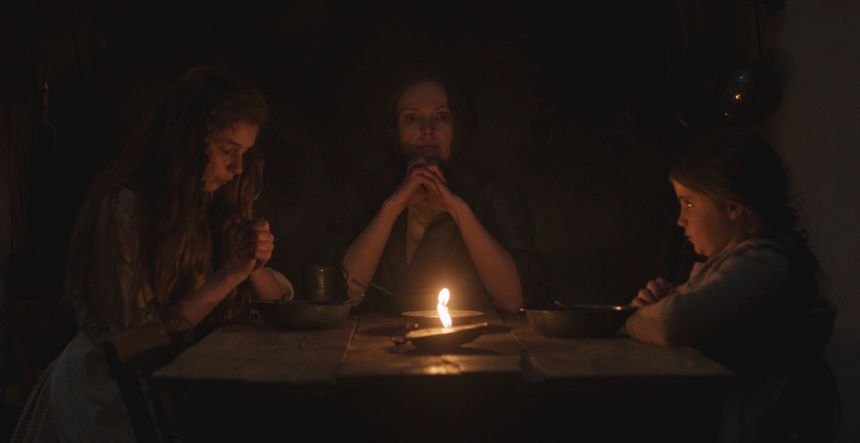 This is the story of a family whose father is away. How was the genesis of these protagonists?

Well, I think a lot of it is just from my love of fairy tales. Angela Carter did this amazing rewriting of fairy tales, The Bloody Chamber, that has always been a great inspiration to me. I felt like these characters almost could be from a fairy tale. You’re seeing this sort of traditional young girl from a fairy tale in a very real world, you know?

Aside of the fairy tale aspect, there’s also some hints at the supernatural, when you think maybe the family is suffering from witchcraft or something like that…

Yeah, I like the idea that is not witchcraft nor the woman is a witch and should be feared, is more that this is someone with a different belief, more pagan belief or belief that come from the landscape. I wanted to question, why fear someone who’s different? The mechanism within the film of fearing the other, dread, tension... why do you fear someone? Often what you fear isn’t the thing that should be feared, there’s something else out there in the darkness that’s worst.

But you’re also making the audience think that there’s something supernatural going on with the family, but I really like that in the end all comes down to human greed and brutality.

Yeah, I think it’s quite an anti-patriarchal film, so I like this idea, you know?, if a film like The Witch is saying witches are real and they should be feared, what we are saying is: a witch can be real but actually what you should be fearing is the patriarchy.

You see it through this young girl’s eyes, she doesn’t know whether to be afraid of her mother or not, and I think as a kid you grow up by your parents disciplining you, “why are they doing it?”, and you find out it’s for a greater good. The young girl seeing her mother as a monster and then coming to terms that actually everything she did was for her; it’s an interesting thing to explore. I love magical realism, it can be Guillermo del Toro or it can be The Spirit of the Beehive or something like that. It’s also just a part of cinema that I absolutely love and this is kind of my own spin on it. 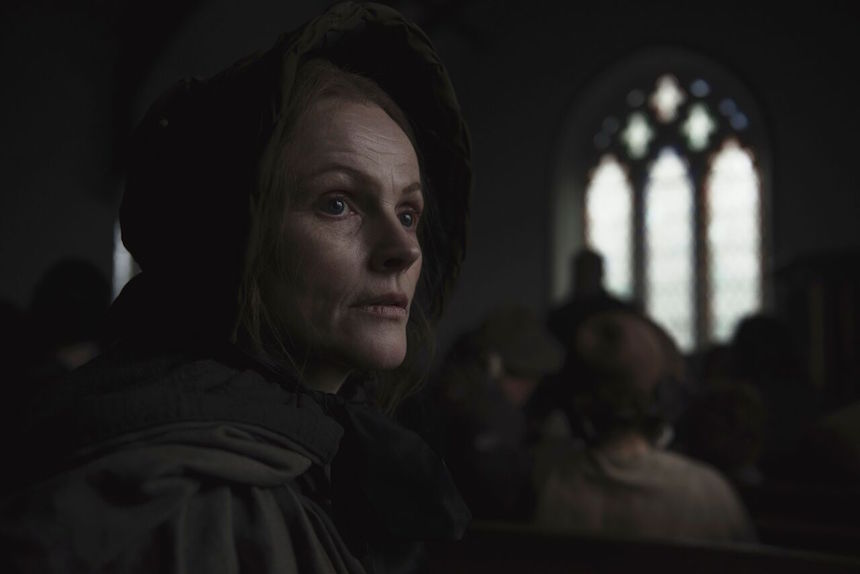 Now that you mention we actually see the whole thing through Gwen’s eyes, a girl who, with her father being away and her sick mother, is forced to be more mature. How was writing this character?

Just experiencing a world through someone’s eyes, feeling what they're up against and the difficulties they’re experiencing, is an interesting way of writing. She’s always fighting, battling, trying to keep the family together. That leads to great tension as well.

There’s a great sequence when Gwen kind of loses her faith because she learns the truth about her father and the fact that her mother lied to her. She throws a cross to the fire and, eventually, the townsmen arrive…

She has craved for her father returning, she feels that she has been abandoned and that she has given up on that hope. In a way, maybe that brings her closer to her mother, because her mother’s beliefs obviously seem to be more pagan or more connected to her landscape. I think it’s a symbol of the young girl moving on more than anything else.

Then she has to take the role of her mother with her own little sister. At the end she’s also starting to lie to her, in order to protect her. I really liked that outcome.

I think is important for the conclusion of the film that Gwen takes on her mother’s mantle and carries on the lies and the lie that she was being told, that she was so angry about, she understands her mom did it for the greater good and to protect her. And actually, she’s now doing that to protect her little sister. 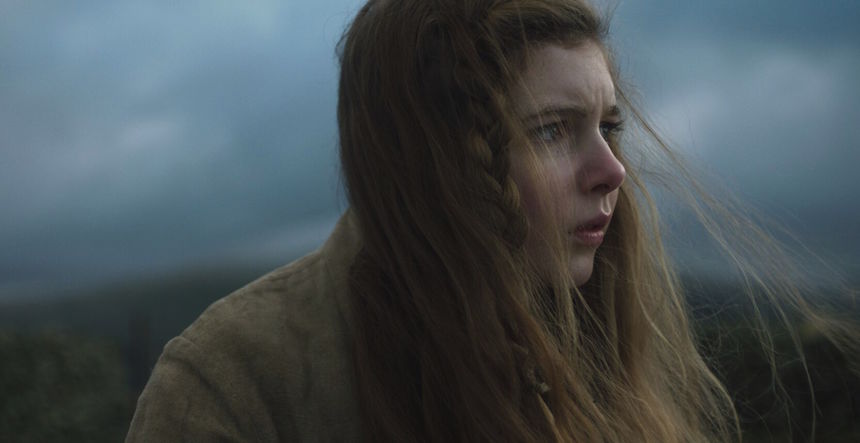 GWEN looks great, so what was the greatest challenge to make a period piece as your first film?

Thank you. Finding the balance between the reality and the supernatural, and keeping the tension, because it’s not a film with jump scares, it’s more about that kind of dread-fueled anxiety. That was probably the hardest thing. In the edit, things I liked I had to cut because they just tip away from the tension. I think balancing that tension was probably the hardest part of storytelling.

I wanted to create a terrifying experience, because I think the story is terrifying. But it’s a slow burn, it’s about that rising tension. If an audience comes in expecting a slasher horror, jump scares from the start, it’s not that kind of film and I won’t want to disappoint people. Because you’re building up tension, I think it means that the end impact is more powerful.

Do you feel this content is inappropriate or infringes upon your rights? Click here to report it, or see our DMCA policy.
Dyfrig EvansEleanor Worthington-CoxGwenJodie InnesMaxine PeakeWilliam McGregor