Arrow Video Reveals November Lineup, You'll Buy These For A Dollar! (Or More)

November is going to be another expensive month for cult home video fans with today's announcement of their upcoming slate.

US and Canadian collectors can looks forward to new editions of Paul Verhoven's classic Robocop in both a regular and steelbook edition, a reissue of the previous UK-only releases of Flowers in the Attic and Apprentice to Murder, as well as Irvin Berwick's Hitch Hike to Hell. The UK will also get Robocop and Hitch Hike, but they will get a special limited edition release of Terry Gilliam's Fear and Loathing in Las Vegas.

Check out the gallery below for photos and further details. 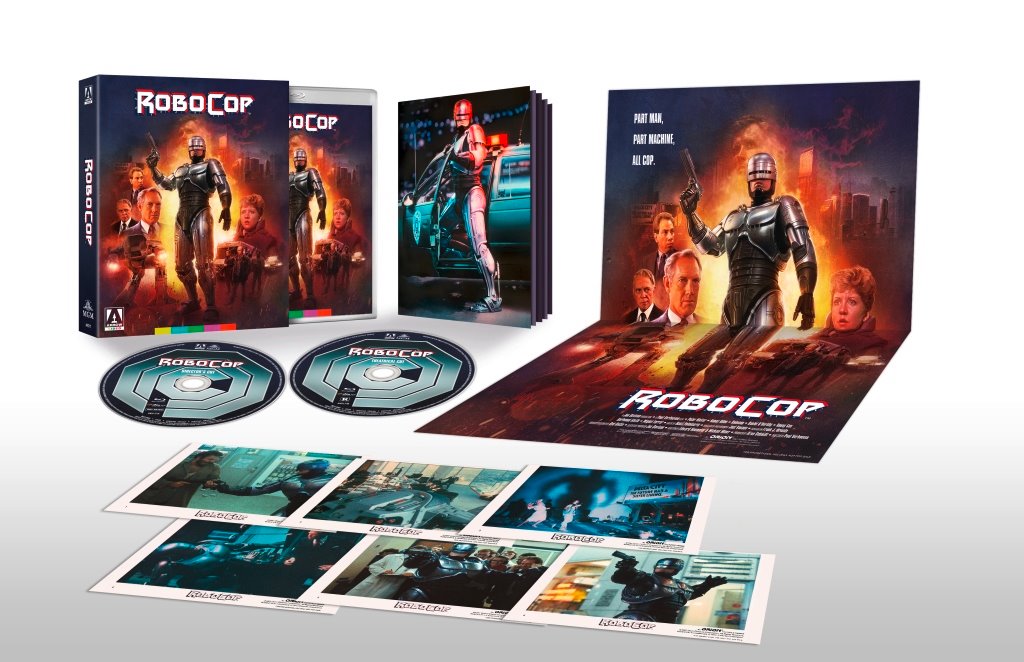 RoboCop, from Orion Pictures, marked director Paul Verhoeven’s (Flesh + Blood) Hollywood debut and instantly became an enduring sci-fi/action classic when it landed in theaters in the summer of 1987. Verhoeven’s peerlessly exciting and kinetic visuals were matched by a sharp script, iconic cast and exceptional special effects by Rob Bottin (The Thing) and Phil Tippett (The Empire Strikes Back).

The film takes place in Detroit in the not-too-distant future. Heroic cop Alex Murphy (Peter Weller, The Adventures of Buckaroo Banzai) is gunned down in the line of duty, only to be resurrected as RoboCop – a cybernetic mix of spare human parts and Motor City steel, and the latest defense against crime designed by the all-powerful OCP Corporation. As RoboCop’s memories of his former life as Murphy resurface, only his ex-partner (Nancy Allen, Dressed To Kill) stands beside him to fight against the vicious thugs responsible for his death, as well as a nefarious top-level OCP executive orchestrating the chaos from above.

Unsurpassably thrilling, unexpectedly moving and unforgettably hilarious in equal measure, the future of law enforcement is back in a definitive Blu-ray™ presentation packed with hours of brand new bonus features and exclusive collectable packaging. 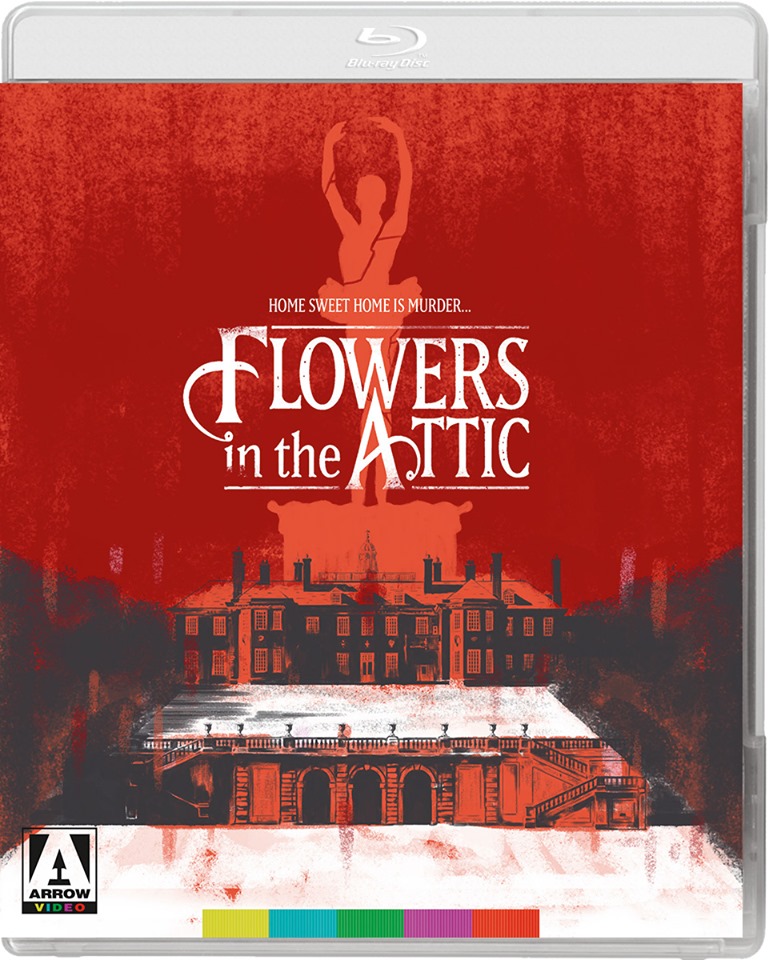 FLOWERS IN THE ATTIC

When her husband dies in a tragic accident, widow Corrine Dollanganger (Victoria Tennant, The Holcroft Covenant) takes her four children to the ancestral family home she fled before they were born. Locked away in the attic by their tyrannical grandmother (Academy Award® winner Louise Fletcher, One Flew Over the Cuckoo’s Nest), it falls to older and sister brother Chris (Jeb Stuart Adams, The Goonies) and Cathy (Kristy Swanson, Buffy the Vampire Slayer) to care for their younger siblings. But with their mother growing increasingly distant and erratic and a mysterious sickness taking hold, will any of the Dollanganger children survive to escape the clutches of the house’s cruel matriarch?

Originally published in 1979, VC Andrews’ novel Flowers in the Attic was a smash hit, spawning four sequels and going on to sell over 40 million copies worldwide. With undercurrents of incest and child abuse and a haunting score by Christopher Young (Hellraiser), Flowers in the Attic is a dark and chilling Gothic suspense thriller in the classic tradition. 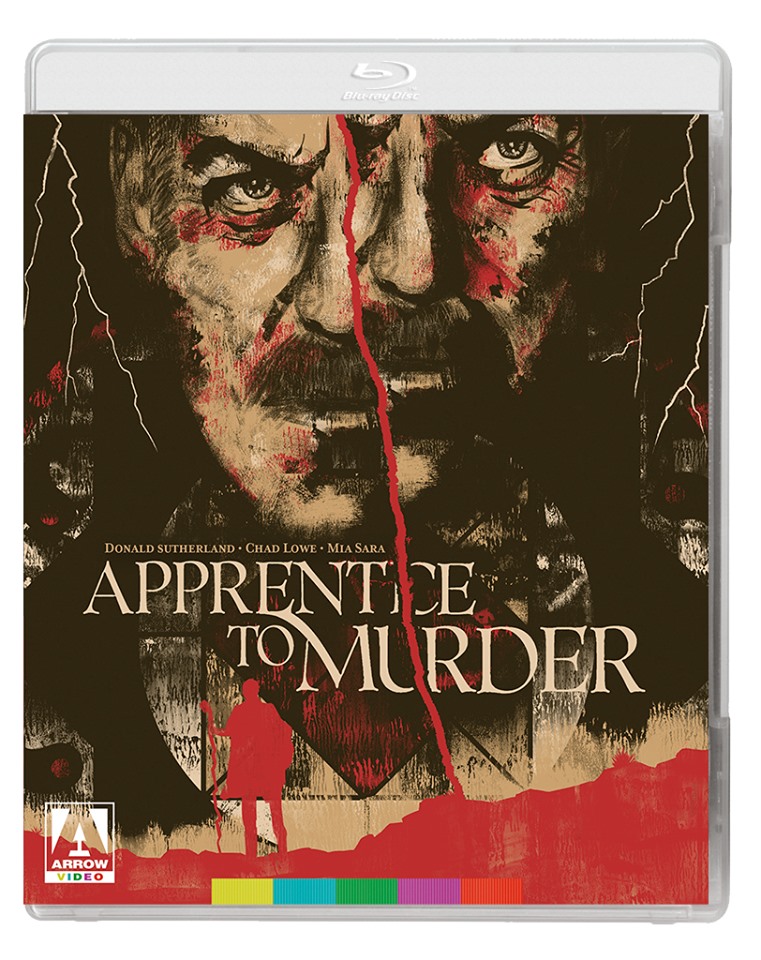 WAS IT MAGIC, MURDER, OR MADNESS?

In early twentieth-century Pennsylvania Dutch Country, young Billy Kelly (Chad Lowe, Highway to Hell) falls in with a charismatic “powwower” or folk magic healer, Dr John Reese (Donald Sutherland, Don’t Look Now), shunned by the rest of the community for his non-conformist beliefs. Together, they investigate the mysterious sickness that is blighting the area, which Reese believes to be the work of a sinister local hermit. But as the plague spreads and the wide-eyed Billy falls ever deeper under Reese’s spell, are they doing God’s work or the Devil’s bidding?

Also starring Mia Sara (Legend) and featuring a powerhouse performance by Donald Sutherland – reunited here with Don’t Look Now screenwriter Allan Scott — Apprentice to Murder is a chilling and unforgettable tale of the macabre that blurs the lines between conventional notions of “good” and “evil”.

• Optional English subtitles for the deaf and hard of hearing 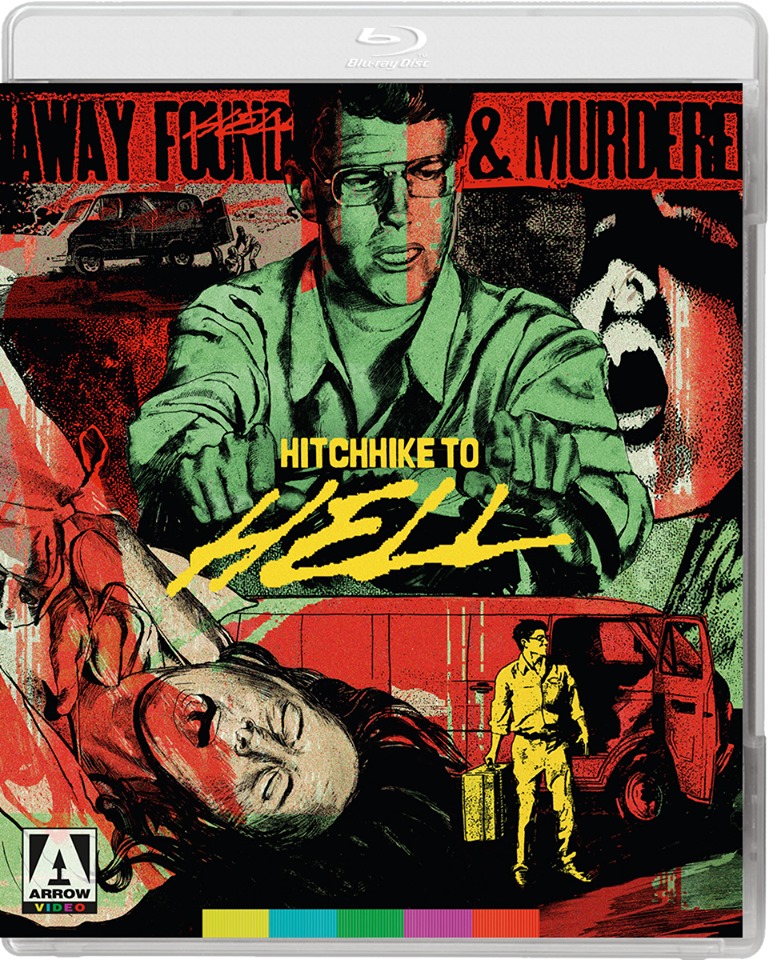 Be careful who you hitch a ride with! All roads lead to terror in Hitch Hike to Hell, the delightfully sleazy cautionary tale from cult director Irvin Berwick (Malibu High, The Monster of Piedras Blancas).

Howard is a mild-mannered momma’s boy whose job running deliveries for a cleaning agency affords him a lot of time out on the road. It’s not until he picks up young women who’ve run away from home that he transforms into a twitching, homicidal maniac, hellbent on meting out punishment for their “transgressions”. Can the cops put a stop to Howard’s demented spree before he claims yet another victim?

Influenced by the depraved crimes of the likes of "Co-ed Killer" Edmund Kemper, Hitch Hike to Hell is a bona fide American nightmare from the vaults of legendary exploitation producer Harry Novak (The Child, Toys Are Not for Children). 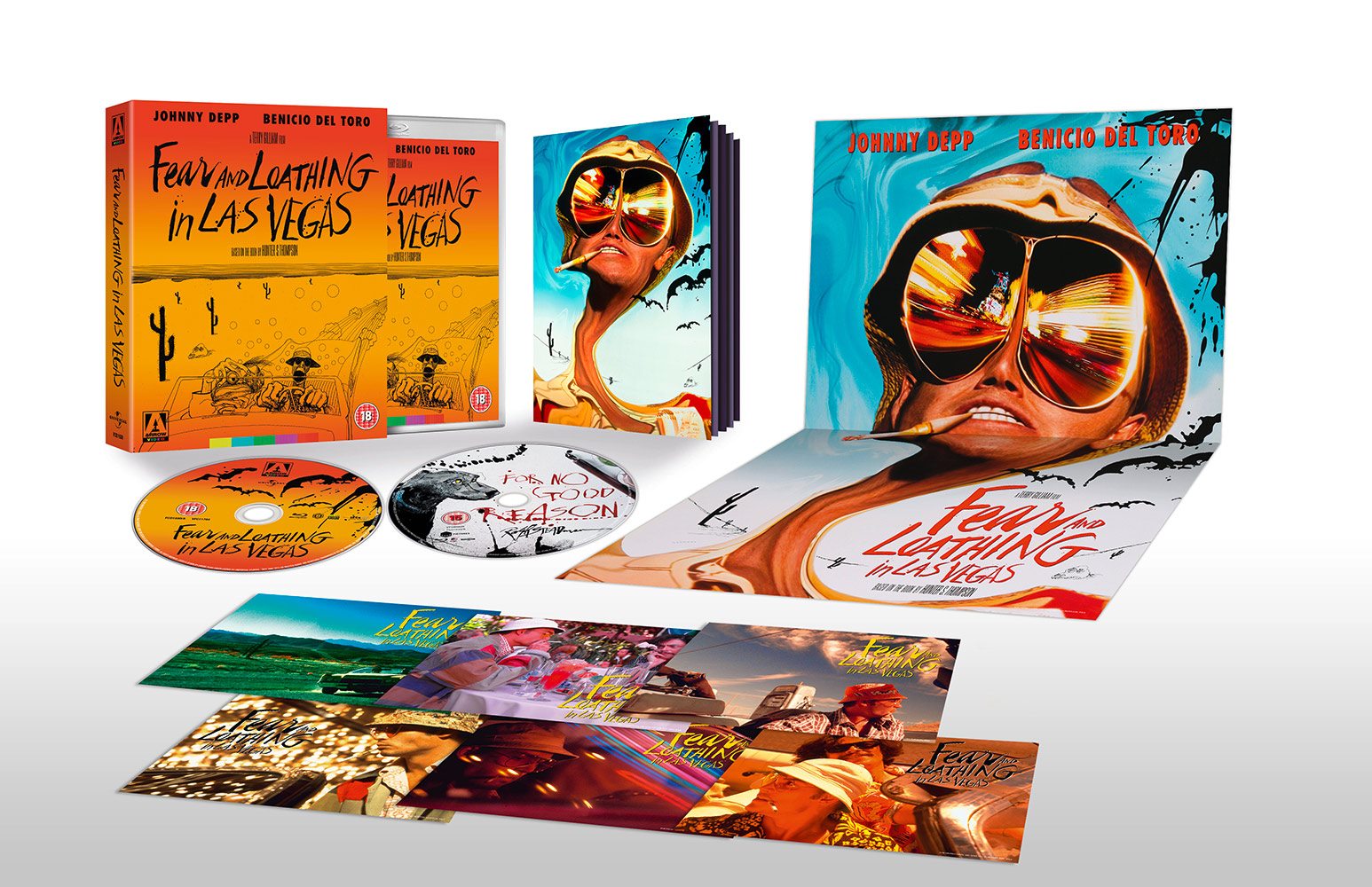 FEAR AND LOATHING IN LAS VEGAS

Flashback to Gilliam and Thompson’s trip of a lifetime in an exclusive 4K restoration, accompanied by an outstanding selection of bonus material delving into the history of the film and the original book.

DISC ONE – FEAR AND LOATHING IN LAS VEGAS