A SCORE TO SETTLE Trailer: Nicolas Cage Got a Gun and He's Heading to Home Video 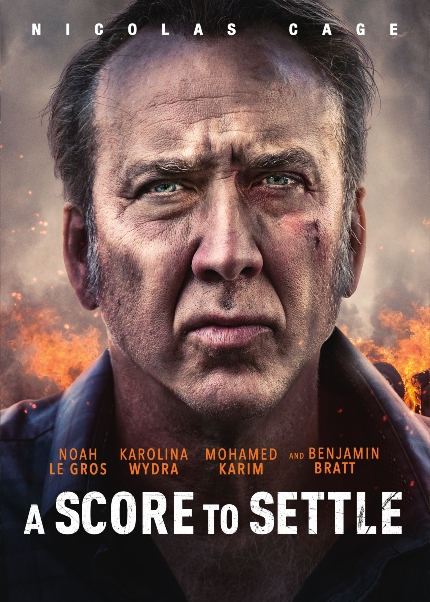 Always busy and always fascinating to watch on screen, Nicolas Cage gets a gun in the trailer for A Score to Settle, and you better believe he intends to sort things out with his trusty six-shooter (or however many bullets fit into a deadly weapon nowadays).

According to the official synopsis: "Diagnosed with a fatal condition, Frankie Carver (Nicolas Cage) is released from prison after serving 19 years of hard time. With only a short time left to live, Frankie must desperately try to make amends with the son he left behind while he plots a bloody course of revenge - tracking down his old gang to make them pay one by one." That's a pretty ambitious agenda for a dying man, isn't it? But it's Nicolas Cage! So I'm sure he will accomplish his bloody goals.

Or, rather, you may see when the film arrives on September 24, 2019 on DVD and on Blu-ray from RLJE Films. Watch the trailer below.

Do you feel this content is inappropriate or infringes upon your rights? Click here to report it, or see our DMCA policy.
Benjamin BrattKarolina WydraMohamed KarimNicolas CageNoah Le GrosShawn Ku