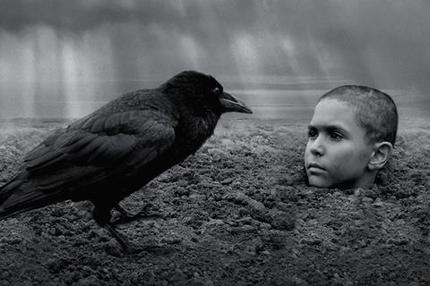 Hailed as a hallmark of Holocaust literature at the time, Jerzy Kosinski´s supposedly autobiographic The Painted Bird (1965), about a childhood spent in Nazi-occupied Poland, shocked readers with a story of a six-year-old boy roaming the countryside and witnessing an abundance of atrocities, including rape, murder and incest. The second wave of shock swept the literary world when the authenticity and veracity of the book happened to be debunked, proving The Painted Bird to be a work of fiction. 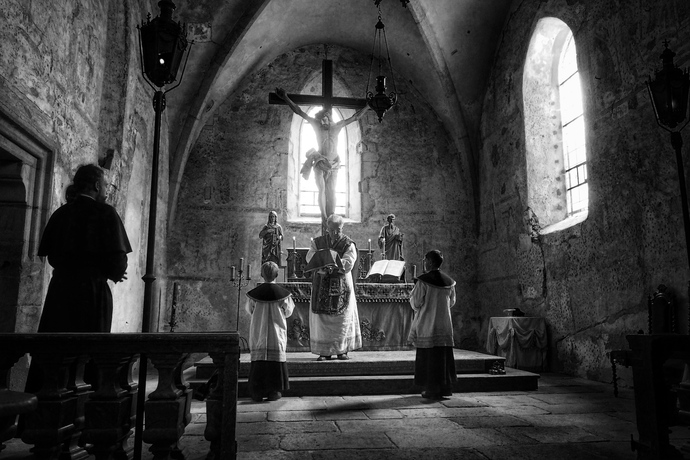 Despite the controversies surrounding the book and its author, the novel remains a tough reading experience. Czech filmmaker Václav Marhoul decided to adapt the horrifying tale for the big screen anyway. Along with directing duties, Marhoul wrote and produced the film in a Czech, Slovakian, Ukrainian and Polish (the book was once banned in Poland) co-production. Marhoul's previous efforts include war drama Tobruk, based on Stephen Crane's Red Badge of Courage and Smart Philip, a parody of film noir inspired by Philip Marlowe stories.

A tough story to read and a tough story to make, Marhoul managed to assemble a cast with international renowns Stellan Skarsgård, Udo Kier, Harvey Keitel and Julian Sands, mingling with Czech, Ukrainian and Polish actors, while the leading role is played by Czech Petr Kotlár. The Painted Bird is shot on classic 35mm film. A new language, New Slavic, has been invented for purposes of this adaptation.

"The film follows the journey of The Boy, entrusted by his persecuted parents to an elderly foster mother. The old woman soon dies and the Boy is on his own, wandering through the country-side, from village to farmhouse. As he struggles for survival, The Boy suffers through extraordinary brutality meted out by the ignorant, superstitious peasants and he witnesses the terrifying violence of the efficient, ruthless soldiers, both Russian and German. When the war ends, The Boy has been changed, forever."

The Painted Bird was picked for the main competition in Venice, the first Czech film since 1994 when Jiří Menzel's Life and Extraordinary Adventures of Private Ivan Chonkin screened. The 3-hour-long film will head right to Toronto International Film Festival after its world premiere at Lido.

More about The Painted Bird