Now for something a little different. The Melbourne International Film Festival, like every year, has revealed its First Glance titles.

These are a hodgepodge of different program streamed films and documentaries to whet the appetite prior to the full guide unveiling. The MIFF site itself has done some good write-ups of these films, albeit with some obtuse trailers and clips.

Rather than intro every film revealed so far, instead see the gallery below for the four films in the line-up that we have seen and reviewed! 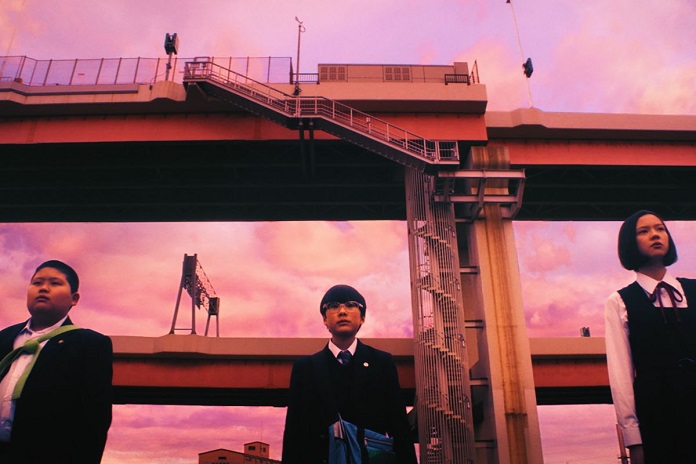 Click the arrows in the image above to cycle through the reviews. 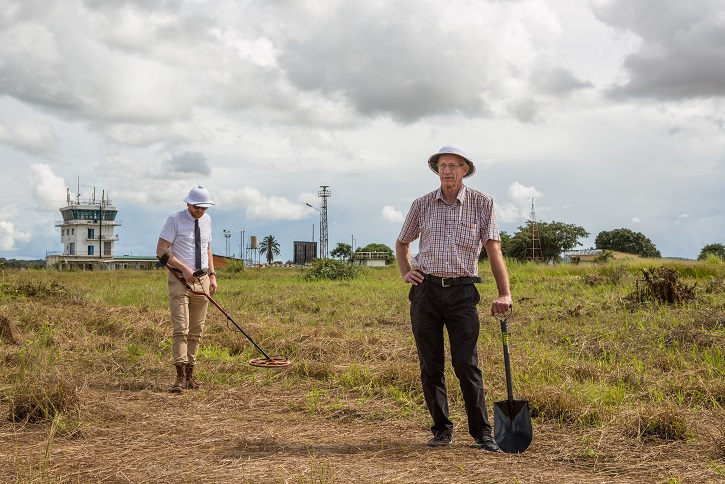 In Kurt's exciting review he dives deep into this experimental doco describing it and the auteur behind it as such; "Danish filmmaker Mads Brügger takes large risks; along with his countryman Lars Von Trier (whose outfit Zentropa produced The Ambassador), Brügger keeps plenty of his own skin in the game of his cinematic endeavors -- for the sake of your education, and entertainment."

"With Cold Case Hammarskjöld, things go the full Errol Morris investigation route as he seeks to uncover whether an infamous plane crash and survival of Statesman Dag Hammarskjöld" is in fact something far more bizarre.

"With the help of Göran Björkdahl, a swedish activist/investigator who is in possession of the only part of Hammarskjöld's plane that was not buried under the soil of the Ndola airport, Brügger uses every trick in the documentary playbook: re-creations, animations, historical footage, official and redacted document scavenging, and a lot of interviews. Brügger recreates, in glossy cinematic terms, himself making the documentary itself. As with any good conspiracy theory, things start to fold back on themselves in increasingly avant garde ways."

Without spoiling, the review mentions some crazy facts and larger-than-life figures that play into this mystery; "Two hundred old Secret Marine Societies, megalomaniac villains dressed in white, biological guerrilla warfare, the fallout of Apartheid, World War II fighter aces, assassins leaving Playing Cards in their victims' collar, and of course, the fate of both a continent, and a fledgling World Government Body, which are all tethered together."

Kurt's review surmises that "Cold Case Hammarskjöld is the most engaging (and entertaining) documentary of the year."

Original review by Kurt Halfyard, edited for this preview 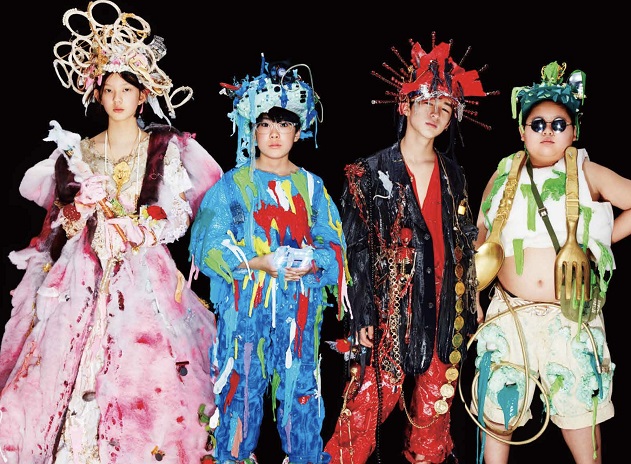 We Are Little Zombies

Josh concludes that We Are Little Zombies may appear kawaii and upbeat, but is in fact a darkly disinterested tale of fledgling teens, all who have lost their family, and decide to live in their own increasingly detached fantasy worlds.

"When four adolescent strangers meet at the crematorium on the day their parents are being laid to rest, they find they have more in common than the fact that they are all newly orphaned. Strangely, none of them appears to have any emotional reaction to their loss, they react to the world around them with a shrug - lending them the nickname Little Zombies."

Their atypical journey gets somehow stranger, as Josh explains; "When this nostalgia trip leads them to a local dump filled with magical, musical Mad Max-ical transients, they are inspired to turn their antipathy into song. The song, We Are Little Zombies, is a catchy pop number and ode to dissatisfaction that goes viral and lands the group in the limelight, much to their chagrin."

The film is overly stylized and Josh likens it to that of the early works of Nakashima Tetsuya, "director of Kamikaze Girls and Memories of Matsuko. Films full of magical realism and whimsy even when exploring dark subject matter, that seem to have made the most impact on We Are Little Zombies."

The structure is then described "like an 8-bit video game, even going so far as to include mini-missions and frequent lo-fi animations along with the bubbly music cues that punctuate the action... this paradigm shift from reality does help to put the audience at as much of a distance from the real (very sad) world of these characters as they seem to put themselves."

However despite the gonzo sounding premise of the film Josh feels that "the film's greatest weakness is that at times it feels like it needs to be a little crazier. We Are Little Zombies uses style as flourish, rather than style as substance.

As it stands We Are Little Zombies is a charming piece of pop-culture obsessed cinema."

Original review by J Hurtado, edited for this preview 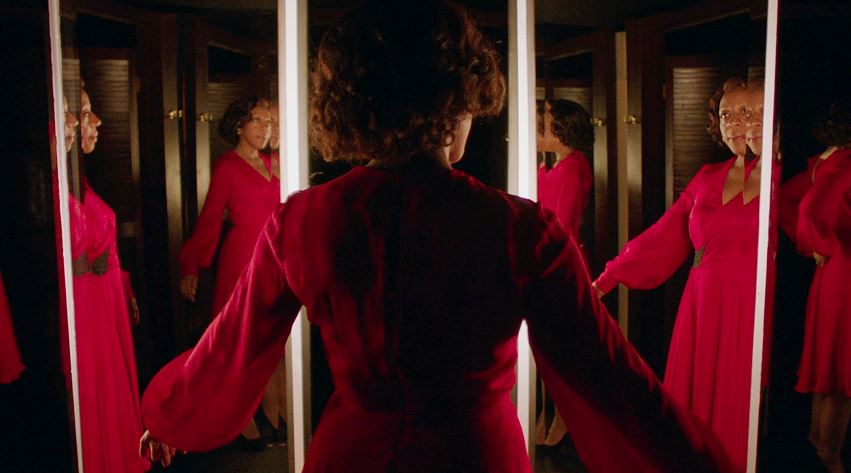 Peter Strickland (Berberian Sound Studio, The Duke of Burgundy) returns with a new film! Temper your expectations however as Kurt describes in his review the shockingly jarring tonal shift and needless repetition that bring the highs low.

"In Fabric is his most wildly fluctuating film, where the highs are pure joy, but there are some wibbly-wobbly points and an inscrutably repetitive third act."

Fans of Strickland should be "rightly enthusiastic about the director's razor sharp control of tone and atmosphere...Indeed, In Fabric is ardently in love with 1950s era department store environments, and the accompanying girthy catalogs that flip in the breeze like retail pornography. At times, the film feels like a kind of Gothic Euro-sleaze reflection of P.T. Anderson's Phantom Thread."

Kurt describes the film as "a hyper-stylized and nostalgic love-letter to a type of shopping experience that has been in a slow motion death spiral since the internet swallowed everything."

Case in point, is the vital importance mannequins played in the past. "In In Fabric the mannequins have taken over the asylum...er...shop. The madame at Dently & Super's Department Store removes her hair at one point in the film to visually suggest that she is a living mannequin. At another point, she erotically washes a mannequin as a ritual of black magic transmogrification."

The chief character in this tale is the troubled Sheila, "divorcée single mum contending with her twenty-something artist son who has moved his petulant girlfriend into his bedroom for non-stop sex. Sheila is also trying to re-enter the dating pool and despises her workmates in her day job as a bank teller. With all these things encroaching on her personal space she is very much on the ropes and at the end of her wits."

In such a state she visits the cursed department store and is taken aback by a "striking red dress she purchases in a way to reclaim her confidence and sexuality. Naturally this is further from the truth as the dress gives her an ugly rash while her domestic life continues to devolve towards hell. This is before the adding the whole 'animated dress of evil' element to the equation.

Throw in some some weird, but quirkily believable, 'local TV advertisements' for the store, the most loaded board-game session Sorry in cinematic history and some forthright bitchiness from Gwendoline Christie (trading in her body armour for thick mascara and attitude), set to the beat of techno-ambiance and you have got yourself a Peter Strickland joint.

Unfortunately, In Fabric moves on to a questionable second chapter, one involving the upcoming nuptials of a washing repairman, who is forced to don the dress at truly the worlds worst bachelor party... this second half undermines the ebb and flow of the first, as Strickland endeavours to build a new set of characters and an entirely new scenario, and the plot unravels."

Original review by Kurt Halfyard, edited for this preview 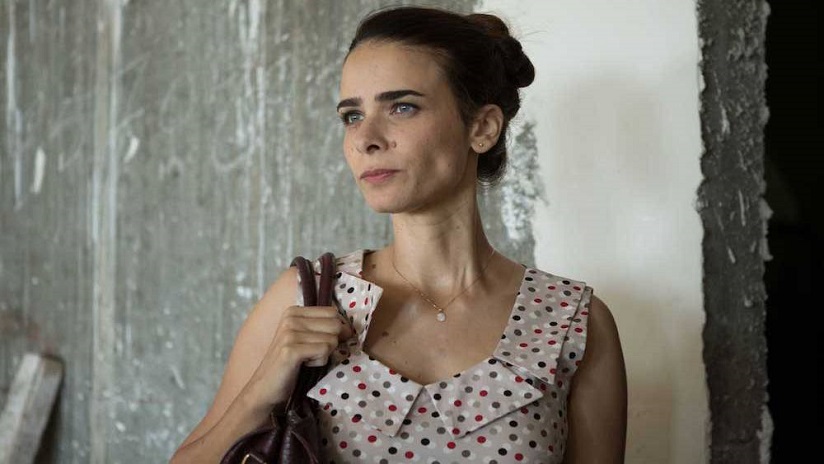 An upsetting yet subtle film about the machinations of a working woman in a harsh patriarchal society, Peter Martin had a lot to say and compare to the current climate, and found the film very affecting, offering insight into gender politics in this Israeli drama.

"A devoted wife and mother of three young daughters, Orna (Liron Ben Shlush) is eager to start her professional career in earnest. Orna lands a job with a real-estate developer that sounds very promising. Oh, she won't be paid at first, and she is expected to be available at all hours of the day and night to fulfill her role as an assistant, but she is determined to prove her worth and move up in the business."

Alarm bells are already ringing, yet Orna is strong-willed and truly believes in hard-work and the opportunity it affords. However she is sadly mistaken as Peter elaborates.

"Her steady, uncomplaining work ethic impresses her new boss, Benny (Menashe Noy), but her hours and responsibilities only increase, and her husband mutters complaints about the time he must now spend caring for their children. And then there's the increased time Orna is spending with Benny. Although married, he tends to invade Orna's personal space. After their work concludes for the day, he wants Orna to accompany him to restaurants or bars; when they work late.

His manner makes her increasingly uncomfortable, especially with the memory of an unwanted kiss... Benny explains it away as a celebration of a business deal", but his behavior soon turns to sexual harassment. As Peter puts it "Benny persists, even as Orna resists."

"A sad, sinking, fatalistic feeling quickly settles into Working Woman after that encounter." Things continue to be an up-hill battle, and Orna can no longer focus on her work, all because of Benny, and then her husband's restaurant experiences financial trouble, and Benny sees an opportunity.

It is infuriating; frankly, this fictional account left me shaken and disturbed, which is only a taste of what far too many women have been forced to endure, around the world, for months and years and decades and centuries. It must stop."

Original review by Peter Martin, edited for this preview

Do you feel this content is inappropriate or infringes upon your rights? Click here to report it, or see our DMCA policy.
cold case hammarskjoldfirst glancein fabricmelbournemelbourne international film festivalmiffmiff 2019previewreviewswe are little zombiesworking woman