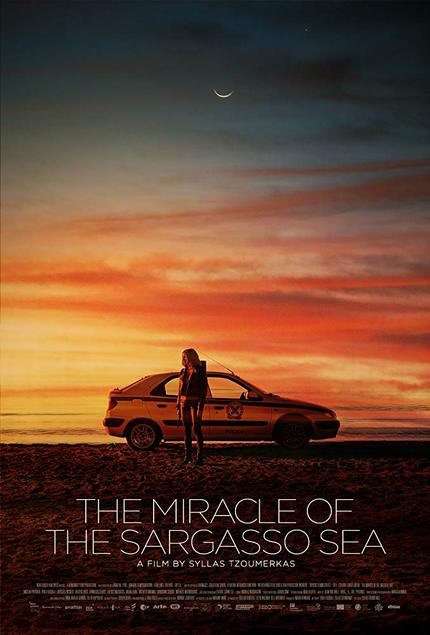 The hype around Greek New Wave might have waned off compared to its heyday, yet that does not mean that new Greek cinema exhausted itself in the process.

The Greek director Syllas Tzoumerkas has been mostly the invisible man of the wave, nevertheless, he has managed to establish his own signature style, starting with dysfunctional family drama Homeland and continuing in frenetic drama-turn-allegory A Blast. His latest, The Miracle of the Sargasso Sea, combines a Greek tragedy and psycho(sexual) noir thriller in an eclectic fashion.

An ambitious policewoman Elisabeth (unrestrained Angeliki Papoulia returning for a leading role) gets relocated from Athens to a dead-end town of Missolonghi, whose two biggest hallmarks are a swamp and an eel-farm. The story catches Elisabeth ten years into her alcohol-fueled existence in the town, all her ambitions thwarted and anti-social attitude ratcheted up. Her thick-skin and no-effs-given approach makes her a steady fixture in the small community of Missolonghi as her reputation precedes her.

Another central character, submissive Rita (played by Tzoumerkas' co-writer on the film, Youla Boudali), lives an equally frustrating existence, albeit on the opposite side of the spectrum. Emotionally oppressed, she trudges her days away in the eel farm and in the manipulative grip of her brother off hours, a hedonistic lounge singer in the local club. The fates of the two women who could not be more different, albeit share the similar primal urge to abandon the town, intertwine after Rita's brother's rather suspicious suicide. 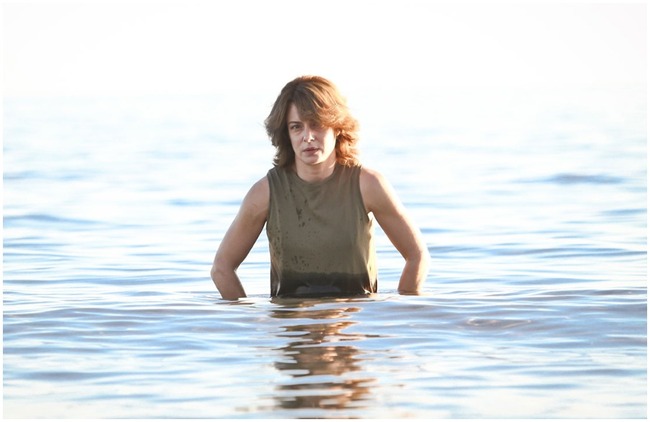 Tzoumerkas' third feature, The Miracle of the Sargasso Sea, has been an expected arrival even though he does not usually fill the headlines. While he may stand in the shadows of his peers Yorgos Lanthimos or Athina Rachel Tsangari, Tzoumerkas continues to hone his personal brand of storytelling and signature style.

The writer-director proved this penchant for group dynamics and tying different plot strands of a band of characters in his debut Homeland and has returned to the blueprint in the latest effort. Although the group is not formally a family, the shared secret among the Missolonghi locals creates a family-like bond on the verge of informal conspiracy pact.

While The Miracle of the Sargasso Sea has an array of high points, from the layered script to the surreal atmosphere, one particular scene strikes as symptomatic of Tzoumerkas' poetics. A seemingly irrelevant dinner between Elisabeth, her son and locals who enjoy higher social status, given the circumstances, except a mute brother of one of them, a sort of village fool however still a key figure as the archetype of fool tends to be. Their voices cut through each other as a casual discussion thickens. The mingling voices to the point of unintelligible, creating polyphony.

The significance of polyphony does not translate solely into a diverse variety of characters. While possessing the contours of social drama and crime, The Miracle of the Sargasso Sea packs mystery, psychological and noir thriller that blend into a coherent plot of a procedural drama veiled into a lightly surreal atmosphere. The town with secrets trope get soon vanquished as the director spins it into more complex family and social drama renegotiating the role of a woman within both frameworks, that of a family and a society.

As with A Blast, where the disillusionment of the protagonist, a mother of three, leads to a revolt, The Miracle of the Sargasso Sea see Elisabeth revolting every single day while Rita's keeps harboring all the pieces of resentment, oppression and emotional and physical damage in a pressure cooker about to explode and tear through the fragile fabric of the Missolonghi´s community. 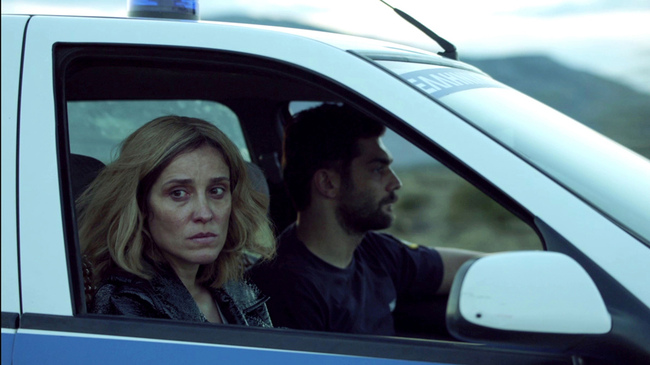 A television clip, seen in Elisabeth's home, explains how eels travel a long journey and when they reach the destination, they reproduce and die. The seemingly haphazardly planted clip pre-designs one interpretative plane and a recurring motif as a grim simplification of human existence. Biological metaphors along raw butchering of eels stands next to hallucinatory Biblical symbolism as strokes of psychological portrait (and depiction of some pathologies for which group dynamics is a breeding ground) emerge.

The director commands a convoluted plotline(s) overpopulated with characters, a material ripe for miniseries format yet Tzoumerkas utilizes elegantly the two hours. Switching between the modes of frantic action (A Blast), dialogue-based scenes (Homeland) and adding into the mix more overtly metaphorical imagery than in previous instances, the final result differs from previous films while preserving director's signature traits.

Therefore, Homeland, A Blast and The Miracle of the Sargasso Sea can be regarded as spiritual relatives as they transcend to more universal parallels, although his latest effort goes a step further beyond an allegory of a country and nation in crisis. The Miracle of the Sargasso Sea is equally a Greek riff on psychosexual noir as it is a mystery thriller on female empowerment.