Friday One Sheet: ECHO IN THE CANYON Recalls Jack Davis 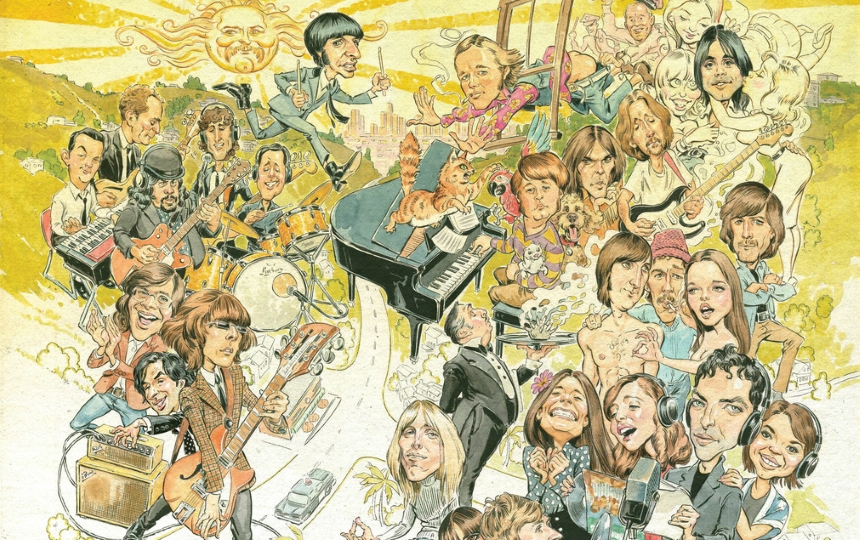 By a strange co-incidence, this Jack Davis inspired key art appeared for Andrew Slater's documentary on the Laurel Canyon folk music of the 1960s, Echo in the Canyon, debuted almost exactly the same time that the iconic Mad Magazine issued a press release that there would be no more new issues. Davis was the illustrator that most shaped the aesthetic of Mad Magazine until his retirement a few years ago (and his death in 2016). He also did a lot of album covers and movie posters, typically for comedies and offbeat blockbusters.

The one sheet below was illustrated by Mark Stutzman, who also has done work for MAD, clearly had Davis' work of the era (which coincides partly with the musical period) on his mind. Gangly legs, large heads, and clutter, clutter, clutter were the design aesthetics for some of his most iconic movie posters of the 1960s and 1970s, including It's A Mad, Mad, Mad, Mad World, The Bad News Bears, several Peter Sellers vehicles, including The Party, and my personal favourite, for Robert Altman's offbeat, Elliot Gould starring Noir, The Long Goodbye. 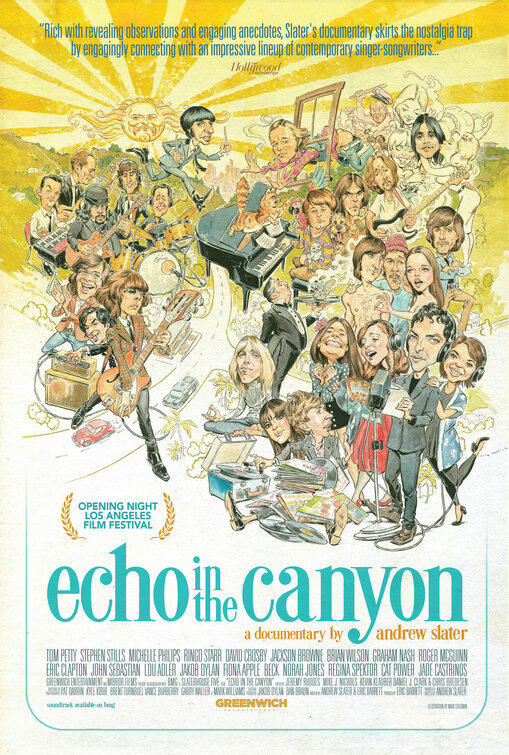